Brad Pitt’s housing project in crisis: ‘Barely functioning’ charity faces lawsuits over crumbling homes and warnings of gas explosions as actor is accused of trying to ‘cut and run’ 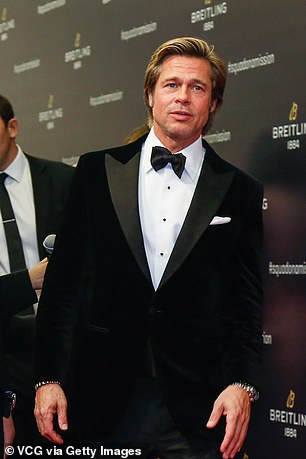 Brad Pitt (pictured) has denied that he is to blame for the deterioration of the New Orleans homes his foundation, Make It Right, built for victims of Hurricane Katrina

Brad Pitt has been accused of trying to ‘cut and run’ from the mounting crisis at his housing charity for Hurricane Katrina victims.

The Make It Right foundation is battling a lawsuit from residents of the New Orleans homes who have complained of mold, leaky roofs and a series of structural problems.

Homeowners have also been warned of possible gas leaks and even explosions amid fears that meters were not properly installed.

Pitt denied last year that he was to blame for the deteriorating homes and launched a bid to have the claims against him personally struck out.

Ron Austin, an attorney for the residents, told Page Six the actor was trying to ‘cut and run’ by taking himself out of the lawsuit.

He said: ‘If Mr. Pitt succeeds in getting himself removed from the lawsuit, these residents will be without any remedy.’

The foundation sought to build 150 homes in the Lower Ninth ward of New Orleans that were storm-safe, solar-powered, and ‘green’ for the price of $150,000.

The project started in 2007 and by 2016 had spent $26.9million building homes in one of the city’s most visible recovery efforts. 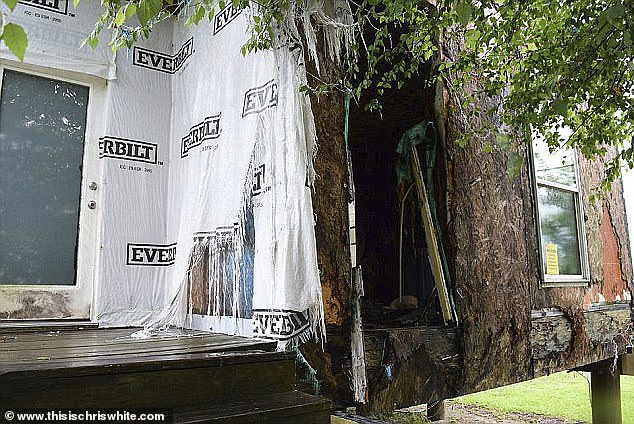 One of the Make It Right homes built by Brad Pitt’s foundation in New Orleans. A lawsuit was filed against the charity by two New Orleans Lower Ninth ward homeowners last September 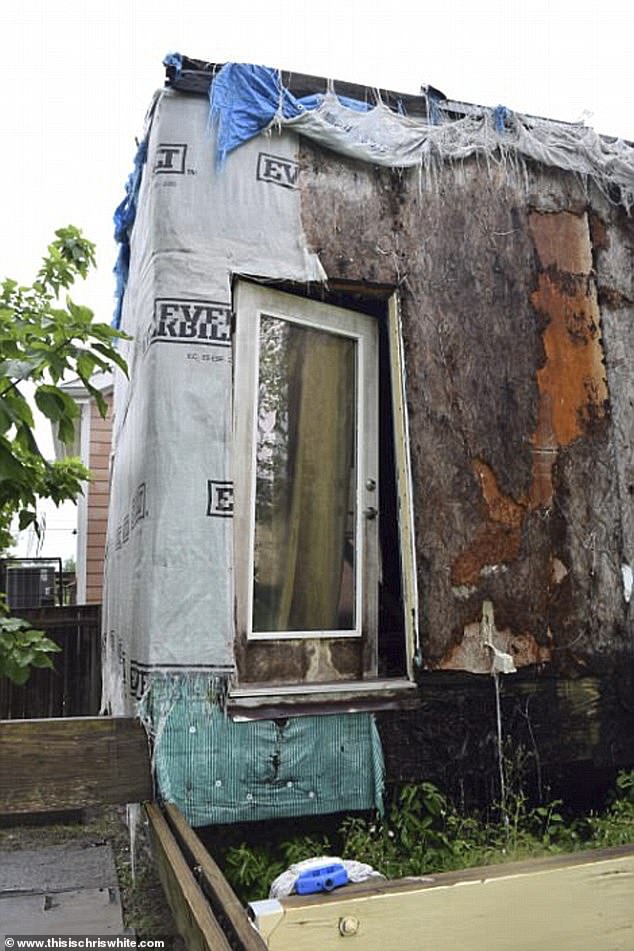 Many of the houses, including the one pictured above, are falling apart, with roofs caving in, wood rotting and walls collapsing

But construction halted at around 40 houses short of Pitt’s goal, and some of the homes are now said falling apart.

The lawsuit claimed that the plaintiffs’ homes were ‘deficiently constructed and built’ with ‘defective products’ that led to damage.

Homeowners had also reported the growth of mold and air quality problems due to improper ventilation.

According to the suit, the homes also had structural problems, electrical problems and plumbing issues.

At the time the residents’ attorney said homeowners were ‘grateful to Brad Pitt’ but accused the foundation of building ‘substandard homes’.

Homeowners were ‘stuck’ with mortgages on homes which were diminishing in value, he said. 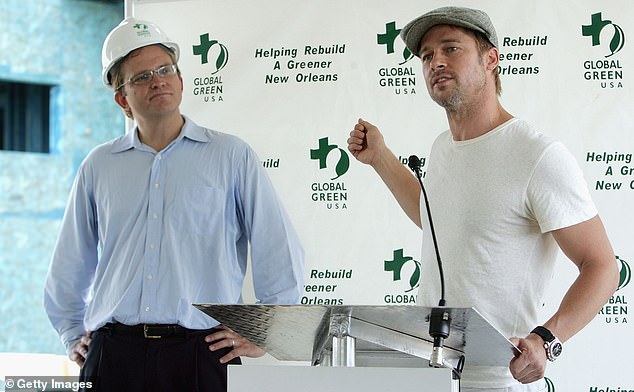 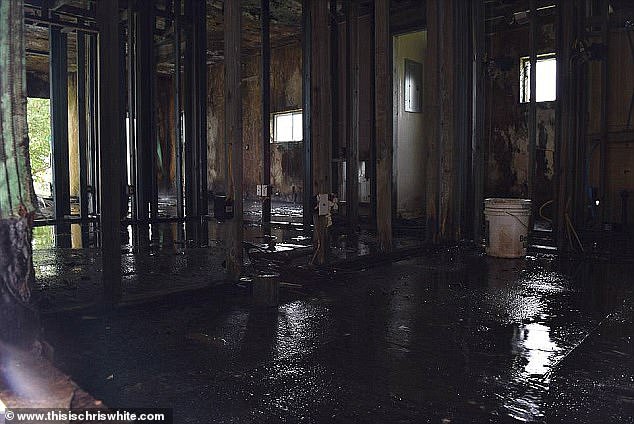 Another devastated property built by the charity. Residents have complained of a series of structural problems at the homes 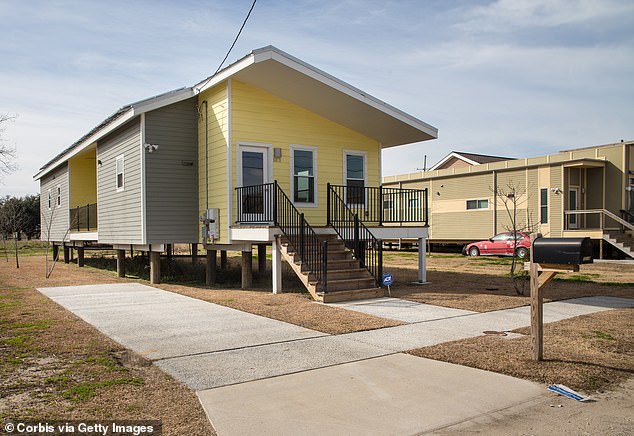 According to a suit filed by the residents, the homes had structural problems, electrical problems and plumbing issues

The complaint said the homeowners noticed problems with the home as early as 2013 but they thought Make It Right would sort out the repairs.

Pitt’s lawyers said he could not be ‘lumped together with other defendants’ and held liable for the condition of the homes.

Make It Right last year pointed the finger at Williams Architects, which the charity says it gave $4million dollars to produce architectural drawings for the sustainable homes.

The foundation launched its own lawsuit last September saying the architects could cost cost Pitt’s Make It Right more than $15 million.

The lawsuit said Williams’ attempts at repairs were largely a failure and that they kept Make It Right management in the dark about the defects.

Pitt’s foundation also promised to ‘continue to work proactively with homeowners in the Lower 9th Ward’. 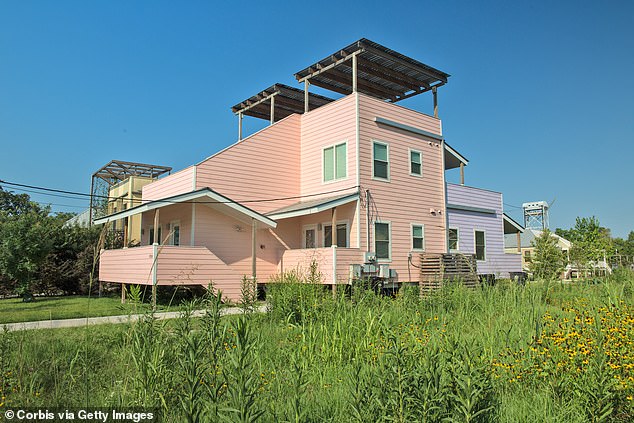 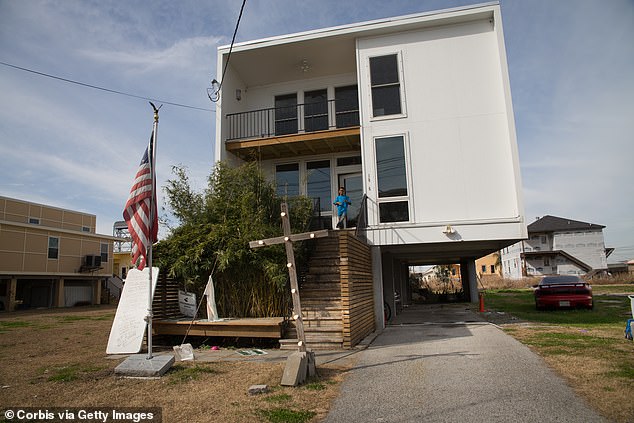