Before entering the Raul Brasil school in Suzano, a city on the eastern outskirts of metropolitan Sao Paulo, the assailants, former pupils aged 17 and 25, shot and killed the owner of a car rental agency from which they had stolen a vehicle.

Ten people, including the gunmen, were killed in total, Sao Paulo police said. The students who died were mostly 15 and 16 years old.

It is not yet clear why the gunmen attacked the school, which is in a middle-class neighborhood and has about 1,000 children aged 11 to 16 attending classes.

School shootings are rare in Brazil, although the country is one of the world’s most violent, with more annual homicides than any other. The last major school shooting was in 2011, when 12 children were shot dead by a former pupil in Rio de Janeiro.

Gun laws are extremely strict in Brazil, but it is not difficult to illegally purchase a weapon. Far-right President Jair Bolsonaro made relaxing gun control a cornerstone of his campaign last year.

Wednesday’s shooting ignited debate among political leaders, with some saying armed teachers could have prevented the killings, while others said putting more guns on Brazilian streets will only lead to more deaths.

When the shooting erupted at around 9.30 a.m. local time, those living next to the school went to their front yards and were met with scenes of horror.

Marilene Gonçalves, a 51-year-old housewife, said she saw children fleeing the school, and that she gave safe harbor to several, including one boy who was shot in the jaw.

“I heard a lot of screaming,” she said. “I opened the gate to my house and I saw children jumping over the school’s wall.” 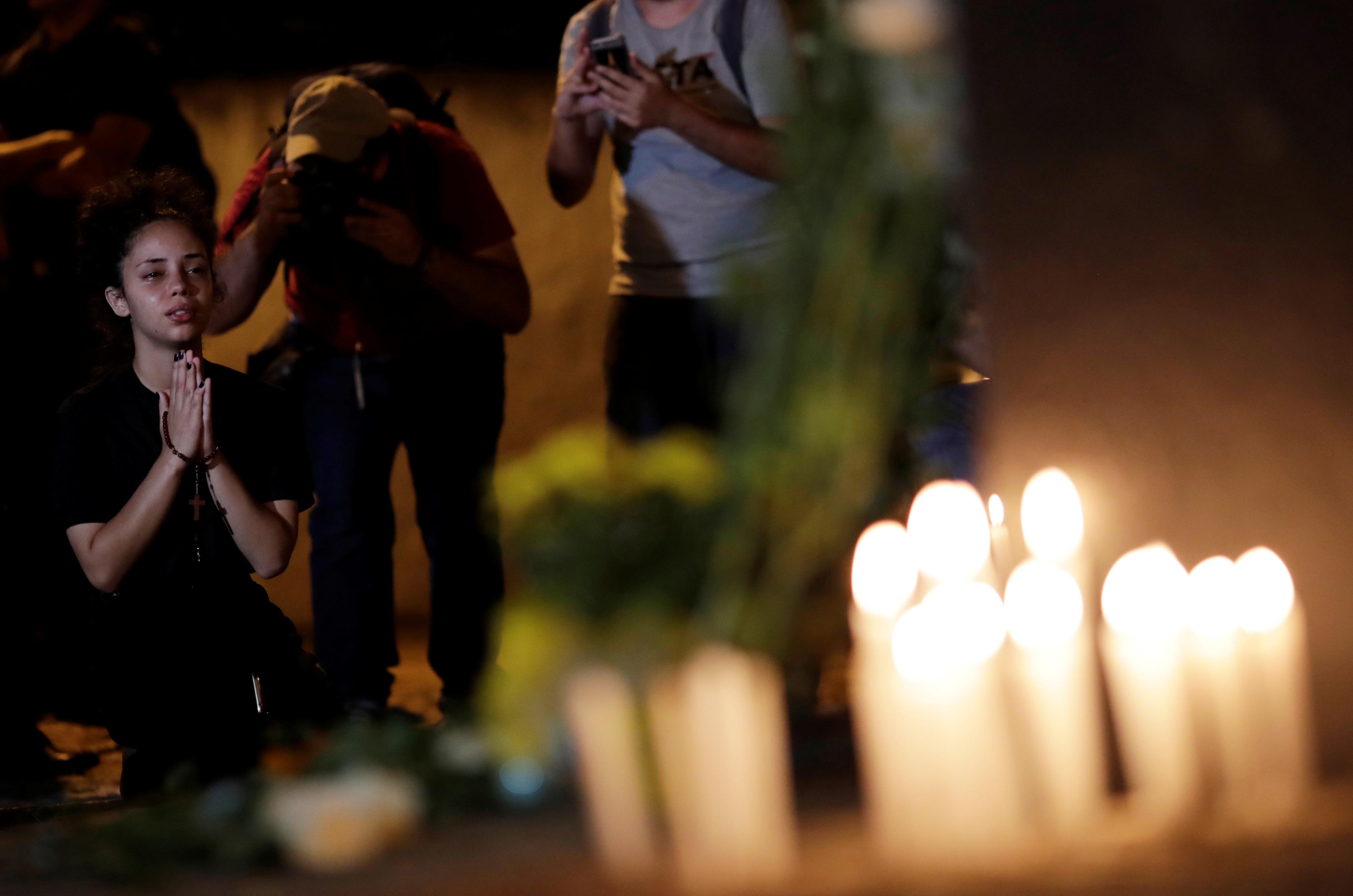 The wounded student who took shelter in her house could not speak.

“I put my cell phone into his hand and he typed, with his dirty hands trembling, that he wanted me to call his mom,” Gonçalves said.

Marcelo Salles, commander of police forces in Sao Paulo state, spoke just outside the school and said that in his over three decades of service, he had “never seen anything like this, it was an unspeakably brutal crime.”

Salles said the gunmen used at least one .38 caliber pistol and speed loaders, along with a crossbow and a compound bow and arrow.

Another ten people, mostly schoolchildren, were shot and injured, with several in serious condition, said police.

Police arrived eight minutes after the shooting started, by which time the gunmen had already killed themselves, Salles said.

Globo TV, citing police, reported that Monteiro killed Castro, and then turned the pistol on himself.

Crime scene photographs released by police show Monteiro, his head lying in a pool of blood, dressed in black with a machete tucked in his pants. Castro’s body lay near Monteiro’s, with the crossbow on the ground between the pair.

A homemade video taken during the shooting and aired by Globo TV showed children screaming, running and begging for their lives as loud shots were heard.

Security cameras from homes near the school showed children climbing and jumping over a wall that surrounds the Raul Brasil building, and sprinting down streets, screaming for help. 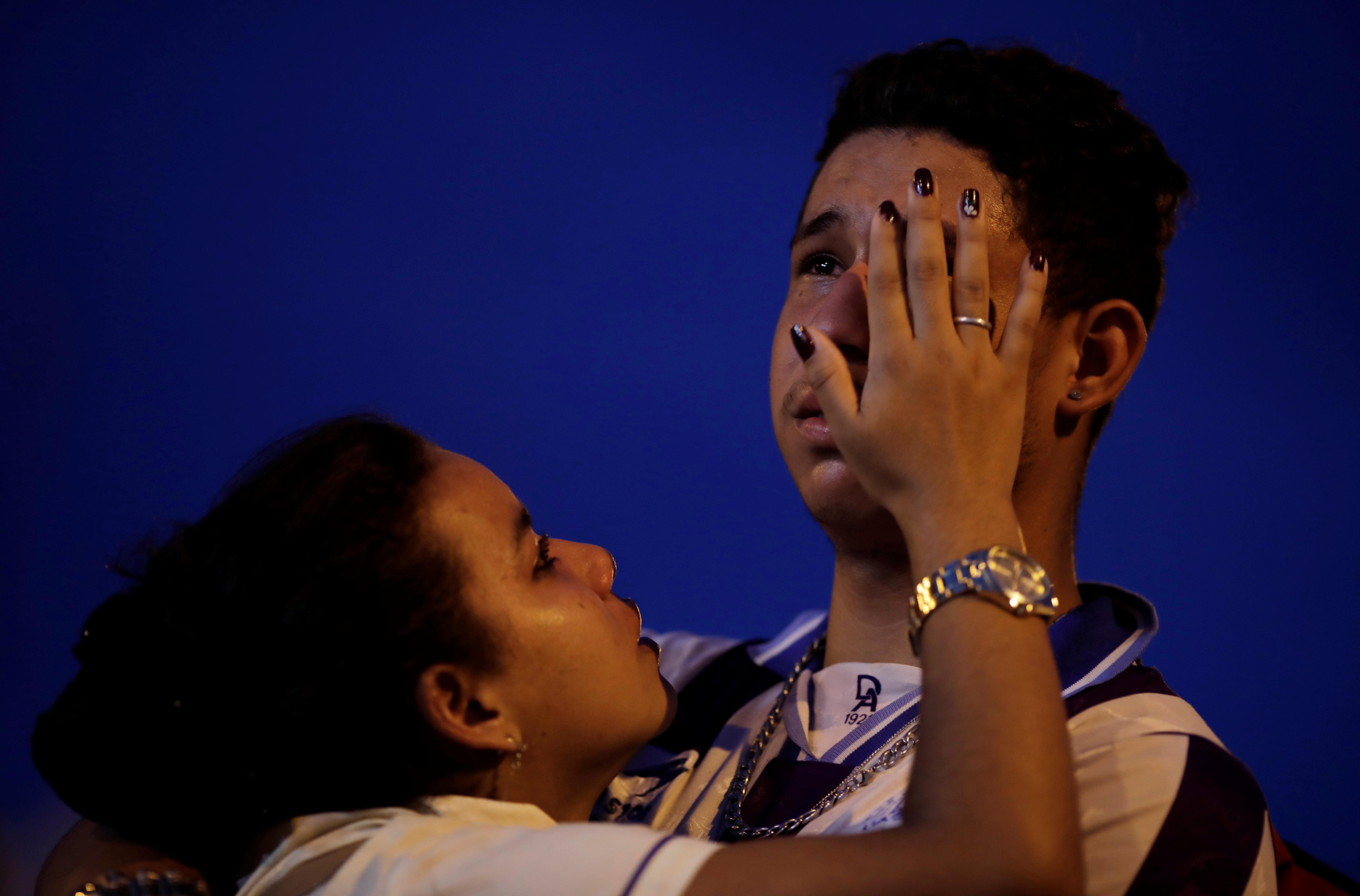 Sao Paulo Governor Joao Doria said as he stood outside the school that “our solidarity goes out to the families of the victims.”

“I was shocked with the scenes I saw inside that school,” Doria said. “It is the saddest thing I have seen in my life.”