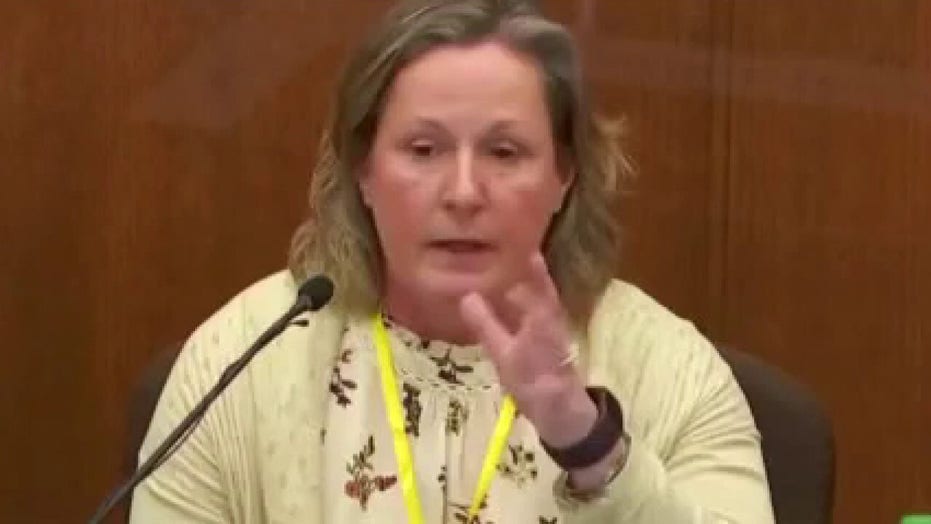 The jury in the trial of former police officer Kim Potter indicated a potential deadlock on Tuesday evening after nearly 13 hours of deliberation, asking the judge what they should do if they cannot agree on a verdict.

Judge Regina Chu read the jury’s question for the court, “If a jury cannot reach consensus, what is the guidance around how long and what steps should be taken?”

The judge responded by reading part of the instructions that were given to the jury on Monday.

“You should decide the case for yourself but only after you should have discussed the case with your fellow jurors and have carefully considered their views,” Judge Chu said.

“You should not hesitate to re-examine your views and change your opinion if you become convinced they are erroneous, but you should not surrender your honest opinion simply because other jurors disagree, or merely to reach a verdict.”

Daunte Wright, left, was killed in an April traffic stop. Kim Potter, right, is charged with manslaughter in his killing.
(Facebook/Hennepin County Sheriff)

Potter’s defense attorneys objected to Judge Chu rereading the jury instructions, arguing that it would emphasize that aspect of the instructions over everything else. The judge overruled the objection.

The jury – which consists of nine White people, two Asian people, and one Black person – deliberated for a little more than five hours on Monday after closing arguments. They have been deliberating for about eight hours on Tuesday, as of 7:00 p.m. ET. 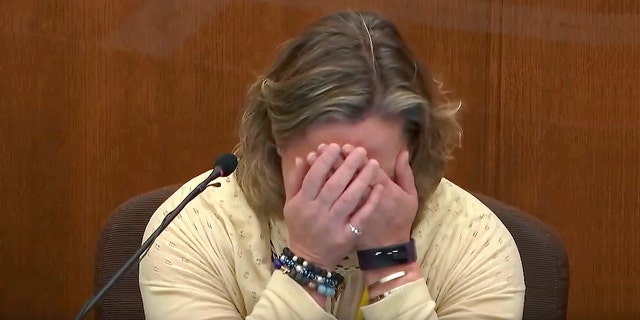 Potter, a 26-year police veteran, shot and killed 20-year-old Daunte Wright in April when she mistook her handgun for her taser. She is charged with first- and second-degree manslaughter.

The prosecution called Potter’s actions a “blunder of epic proportions” during closing arguments.

“This was not putting the wrong date on a check. This was not entering the wrong password somewhere. This was a colossal screw-up,” Prosecutor Erin Eldridge told the jury. “It was precisely the thing she had been warned about for years, and she was trained to prevent it. It was irreversible and it was fatal.” 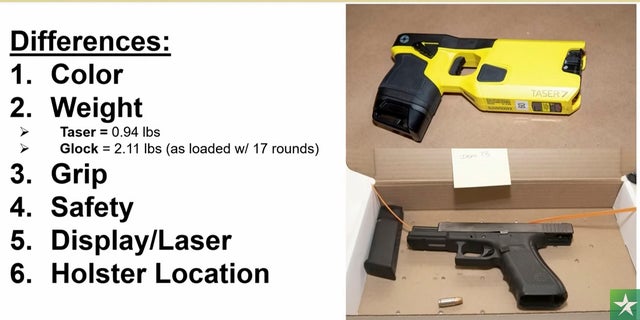 This image provided by the prosecution shows the difference between a Taser and a Glock as the state delivers their opening statement Wednesday, Dec. 8, 2021, in the trial of former Brooklyn Center police Officer Kim Potter.
((Court TV via AP, Pool File))

Potter’s attorneys placed the blame on Wright for trying to get away from officers as they arrested him on an outstanding weapons charge.

“Daunte Wright caused his own death, unfortunately,” defense attorney Earl Gray said. “In the walk of life, nobody’s perfect. Everybody makes mistakes… My gosh, a mistake is not a crime. It just isn’t in our freedom-loving country.”

The jury also asked the judge Tuesday if they could remove zip ties so that they can hold Potter’s gun. Potter’s attorneys objected, but the judge granted the jury’s request.