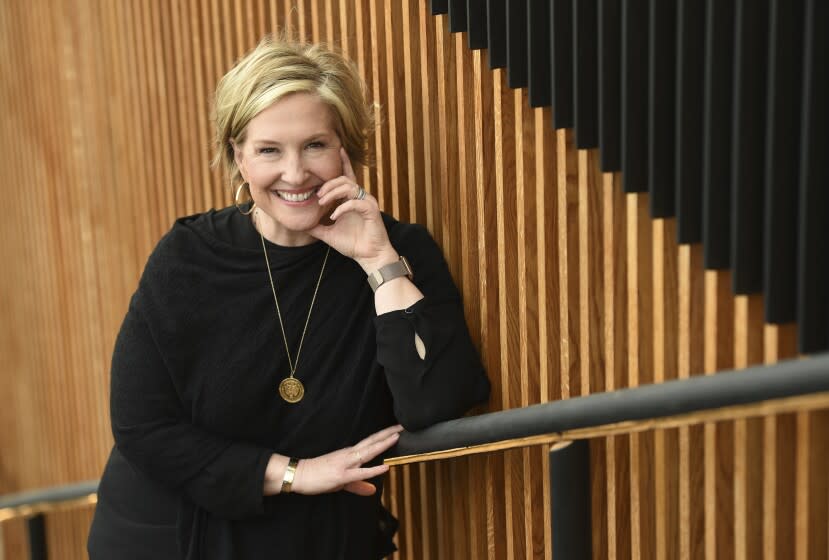 Renowned author and researcher Brené Brown has resumed her "Unlocking Us" podcast not long after she became one of the first to join Neil Young's Spotify boycott.

Brown, who inked an exclusive, multiyear deal with the streaming platform in 2020, explained her decision to release new episodes in a lengthy blog post shared Tuesday on her website. She also sounded off on fellow podcast host Joe Rogan, who has come under fire in recent weeks for fueling COVID-19 conspiracy theories and making racist remarks on "The Joe Rogan Experience."

"I’ve never asked Spotify to deplatform or censor Joe Rogan," Brown wrote. "I wanted Spotify to have a transparent misinformation policy (made available to the public) that balances addressing the complex misinformation issues we face today while respecting free speech.

"And to be meaningful, I stated that the policy must be applied across the platform without exception. Spotify developed the policy, shared it publicly and have started to apply it. There’s still a ton of work here."

Though she first expressed concerns to Spotify's leadership "about Rogan's content" in 2020, Brown added that she has begun to wonder if the issue is bigger than Rogan and indicative of "a growing values conflict" brewing at the streamer.

The "Dare to Lead" writer also offered some insight into why she originally chose to sign with Spotify over other companies, citing an advertisement "system that allows for producer-read ads" instead of requiring hosts to directly plug products on their podcasts.

"I’ve started to think about the podcast world as a big high school cafeteria: You can sit anywhere you want and talk to whomever you please. And, for better and worse, people can pretty much say what they want. It’s a free-for-all," Brown mused.

"As a podcaster with an exclusive contract, however, I sit at an assigned table with other exclusive Spotify podcasters. If you want to sit with me and talk, you need to come to my table. And, I’m sitting with Joe Rogan."

Last month, Brown announced via Twitter that she would "not be releasing any podcasts until further notice" shortly after rocker Young made good on his threat to remove his music from the service unless it cut ties with Rogan. Others who followed Young's lead include Joni Mitchell, India Arie, Roxane Gay, Stephen Stills, David Crosby and Graham Nash.

After alluding to the fact that she and Rogan are both among Spotify's top content creators, Brown made her feelings about the wildly popular "Joe Rogan Experience" clear.

"Rogan’s comments about the trans community are dehumanizing, and his take on race is often degrading," she wrote.

"Furthermore, the clip where Rogan is laughing with Joey Diaz as he brags about demanding sexual favors from young female comedians wanting to perform onstage at Los Angeles’ Comedy Store made me physically sick. Words matter."

A representative for Rogan did not immediately respond Wednesday to the Los Angeles Times' request for comment.

Brown additionally criticized Rogan for neglecting "any responsibility for the health information" he amplifies while holding his podcast at least partially responsible for "people getting sick and even dying" during the pandemic.

"If advertisers and listeners support 'The Joe Rogan Experience' and Spotify needs him as the cornerstone of its podcasting ambitions — that’s OK," she added. "But sharing the table with Rogan puts me in a tremendous values conflict with very few options."

Brown repeatedly implied that her hands are tied because of her existing arrangement with the streaming giant, but promised to "make the best" of the situation by "talking about issues" that matter to her.

As of Wednesday, Brown's "Unlocking Us" is officially back with an episode featuring a conversation about free speech and misinformation with Ben Wizner of the American Civil Liberties Union. New installments of her second podcast, "Dare to Lead," haven't debuted since January.

"I’m proud of our podcasts," she said. "I’m proud of the conversations, the voices we’ve amplified, the topics that we’ve addressed and how seriously we take the responsibility.

"I missed the podcast and connecting with y’all — I wish there were an easier way. Thank you for the learning and the support."