Brexit Party raises £2million in a month thanks to 85,000 registered backers paying £25 each, claims Nigel Farage

Nigel Farage has claimed the Brexit Party has raised nearly £2million in donations, despite only having been launched a month ago.

The leader said the money had come in through its membership, but declined to reveal details of major donors. 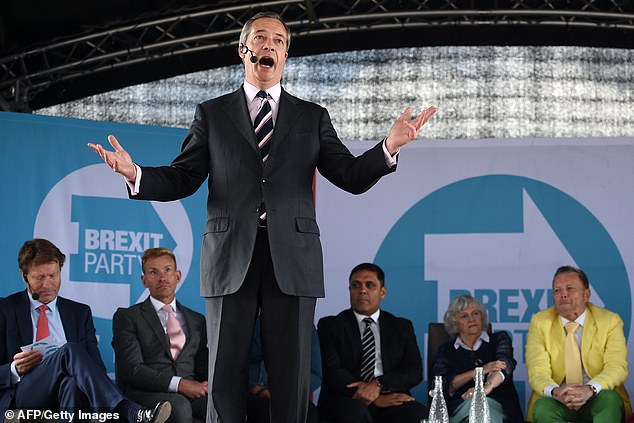 Nigel Farage has claimed the Brexit Party has raised nearly £2million in donations, despite only having been launched a month ago

‘We have raised getting on for £2million through individual people joining through our website. I can’t think that any other party in the UK has raised money like that.’

He also warned a Brexit deal between Labour and the Conservatives would be ‘the final betrayal’ and a ‘coalition of politicians against the people’.

He said: ‘I think millions of people would give up on both Labour and the Conservatives.’

Mr Farage challenged Jeremy Corbyn to a debate ahead of the European Parliament elections.

He said: ‘There are five million voters out there, Labour voters, who voted to leave, particularly in the Midlands, the North, and South Wales.

‘I would love between now and polling to have a debate with Jeremy Corbyn about this because people are very confused about what Labour are standing for.’ 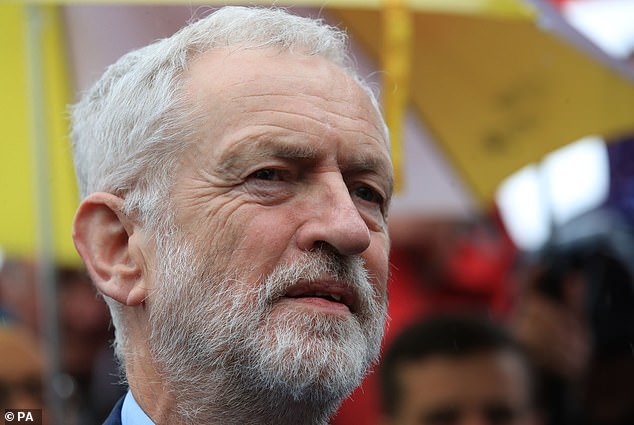 The former Ukip leader also said that the party he had given 26 years of his life to was now ‘past its sell-by date’.

He was asked whether Ukip was a racist party, after its lurch to the far-Right under new leader Gerard Batten and its links to activist Tommy Robinson.

Mr Farage said: ‘I think that it has attracted individuals that I would never have allowed.’