John Mousicos, 47, was visiting a Tesco petrol station in Crediton, Devon, when a man driving a Jeep parked his car at the front of the queue BEFORE buying a ticket.

Having waited patiently to buy his own ticket, John looked on, speechless, as the man in the Jeep simply drove onto the forecourt as the two customers behind bought their tickets.

"He stopped at the entrance and got out to go and buy a ticket," John recalled, "I said 'No you can't do that. That's not how this works'.

Annoyed at the queue-jumper, John decided to give him a valuable lesson in patience. 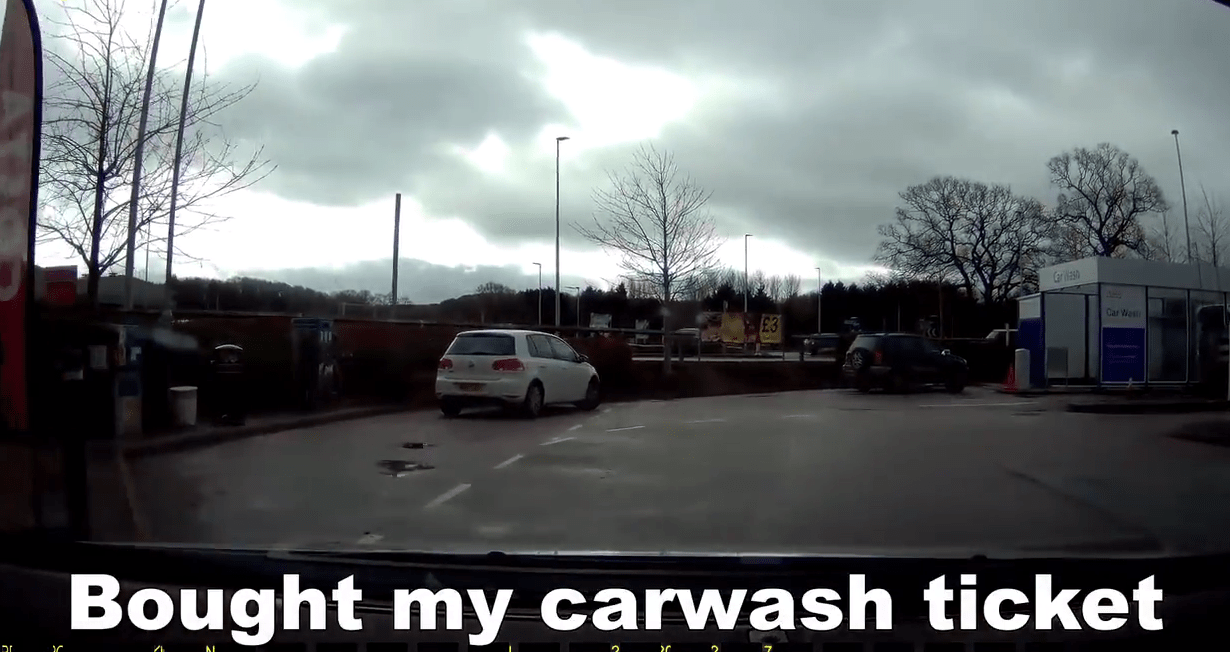 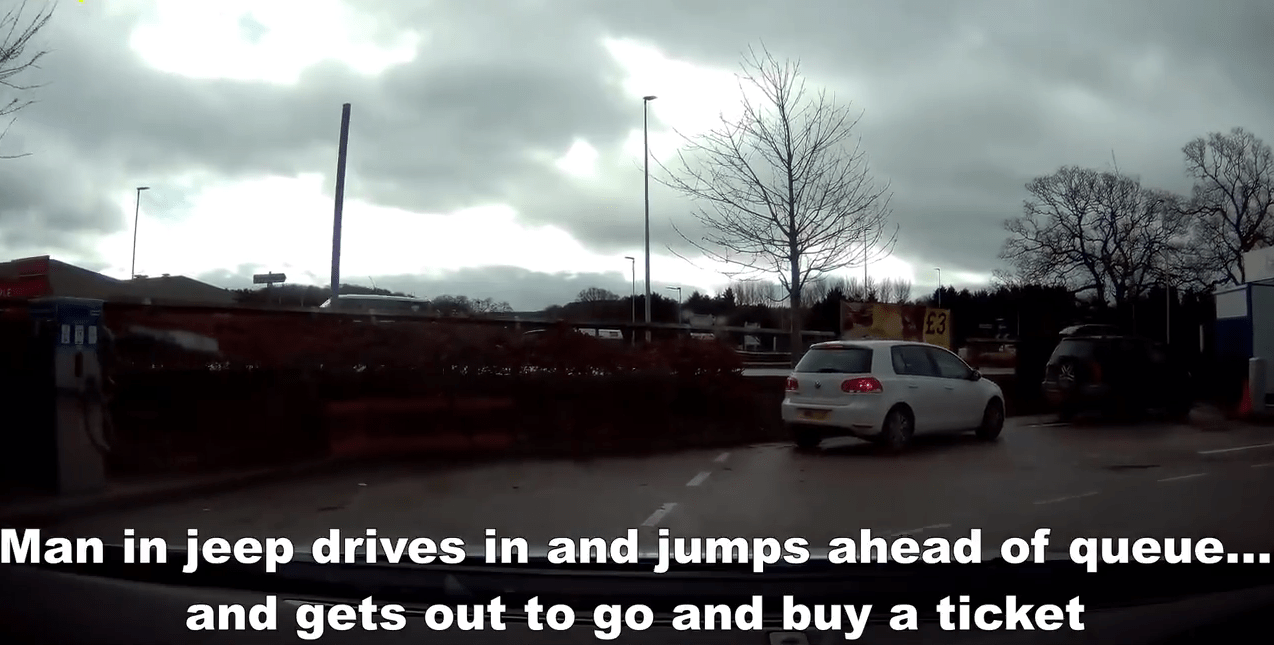 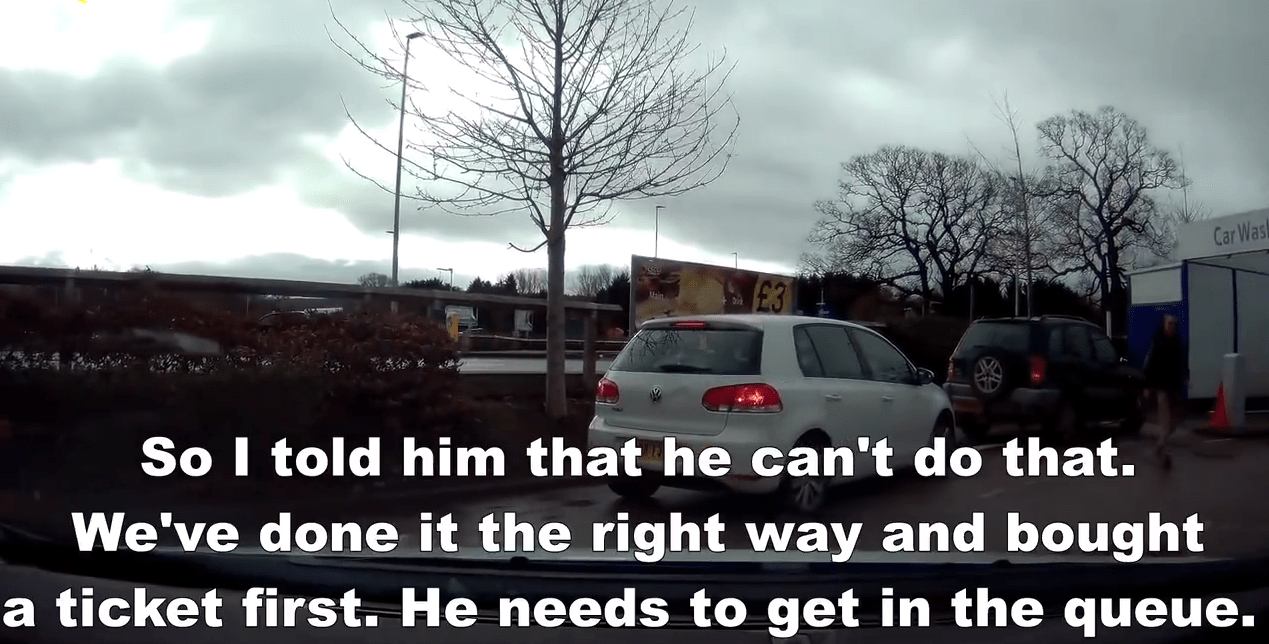 John told Sun Online: "I was mildly annoyed and thought it would be funny to teach him a lesson, to learn to wait his turn like everyone else.

"I really wish I was playing the song 'Car wash' at the time!"

John drove in front of the car wash, reversed his vehicle into place and entered his ticket – meaning the man in the Jeep had to wait for him.

When asked about the Jeep driver's reaction, he said: "I smiled and waved goodbye as I left but he wasn't happy.

"He didn't approach me or even react towards me. I think he knew he'd done wrong."

John posted his video to the Devon Dashcam group on Facebook, explaining exactly what he had done.

Whilst many took to the comment section to praise John for his decision to jump the queue in response, his reaction has also drawn some criticism.

One use wrote: "So you don't like it he jumped the queue, yet you did it to the white car in front of you." 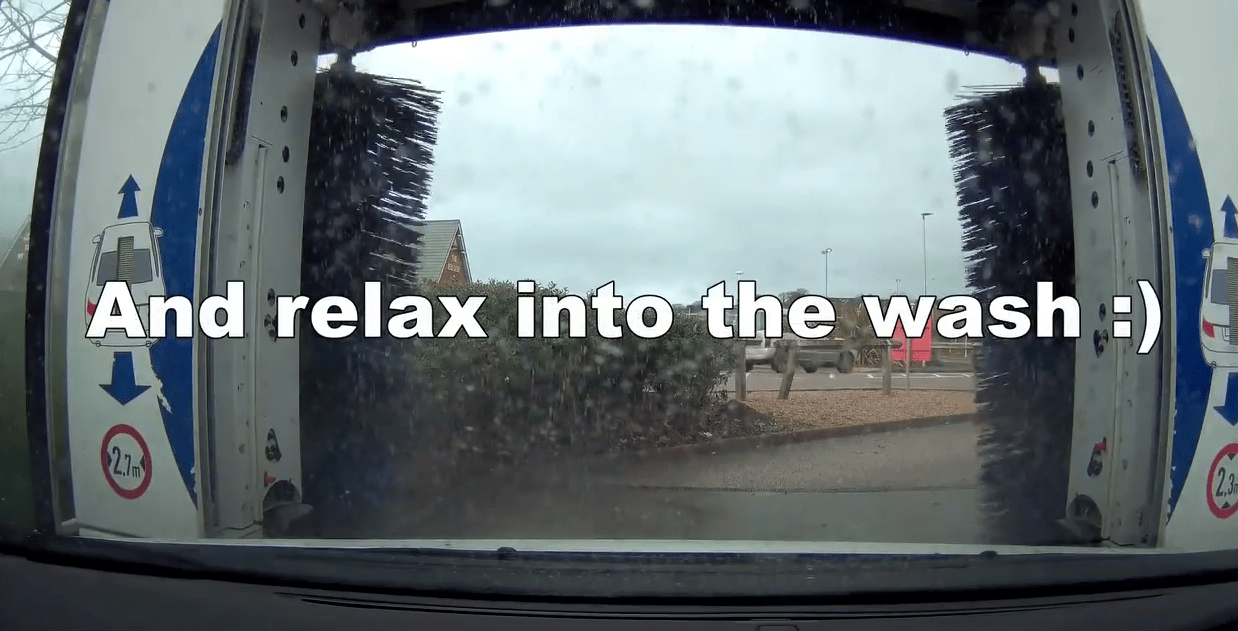 Another agreed, saying: "When the 4×4 got there, there was no queue, so I don't see a problem. But then you skip the queue – if he had driven in and hit you, that would be on you."

But John thinks he is in the right.

He said: "Well that's true [that he jumped the queue too] but I'd imagine he'd agree it was worth it to get to tell Jeep man that he couldn't behave that way."

And when asked about the white Golf in front, John said: "I'll pay for the driver's car wash!"