Not ANOTHER summer soaking! Britain braces for more flooding as a month’s rain is set fall in just 14 hours today… but Bank Holiday could be 75F sizzler

Britain’s soggy summer is set to continue today, with rain and high winds bringing in a weekend of damp weather across the country.

Holidaymakers heading to the West Country for a staycation break may want to pack board games as they face some of the worst of the downpours – with up to a month’s worth of rain expected to fall within 14 hours.

The Met Office is warning that Wales and a huge swathe of western England are at risk of flooding and travel disruption, thanks to the rainfall.

However, things are looking much better for the bank holiday weekend in a week’s time, with highs of 75F (24C) and sunshine expected for many parts of the country. 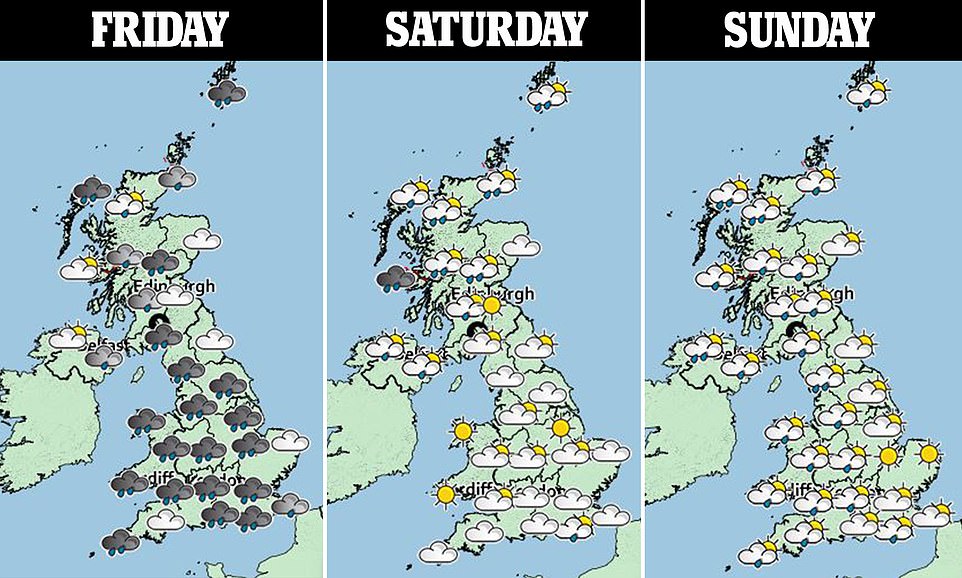 Today, Devon, Cornwall, Somerset and Dorset, and parts of Hampshire and Gloucestershire are also expected to be affected by the downpours.

The North West will not be spared a lashing either with Manchester, Blackburn and Merseyside set to bear the brunt of the rain.

The Met Office’s weather warning, lasting until 10pm this evening, says ‘flooding of a few homes and businesses is possible’.

Heavy rain may also coincide with peak travel times during the afternoon and early evening leading to difficult driving conditions, meteorologists have warned. 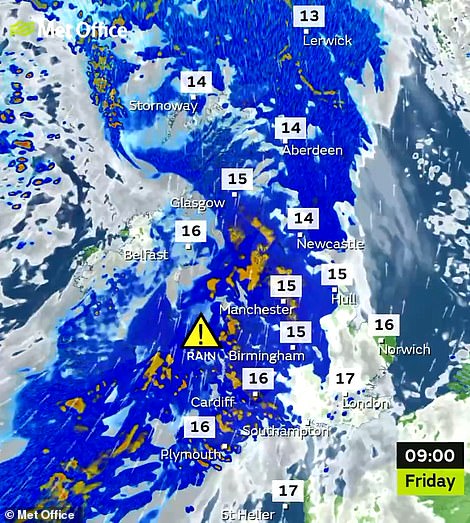 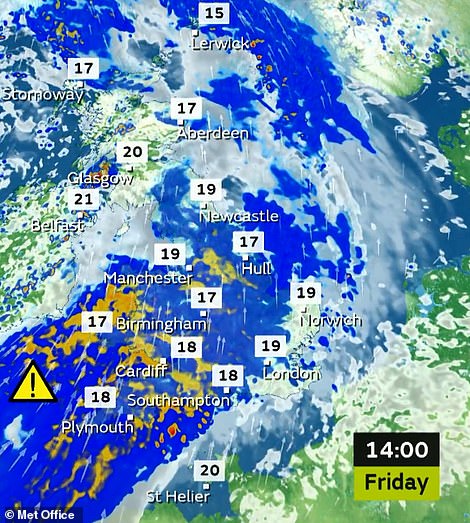 Heavy rain is due to fall across many parts of Britain today, with temperatures unlikely to get much past 70F (21C) 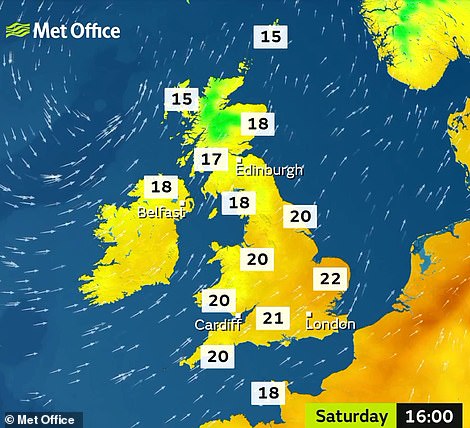 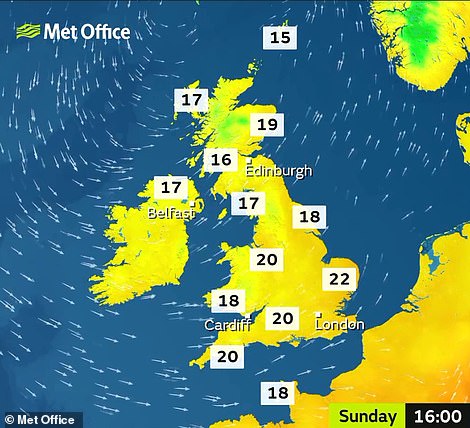 The heaviest rain will most likely be on high ground, with some places set to see 60mm to 80mm (2.3in to 3.1in). Strong winds are also expected, with 40mph to 50mph gusts on exposed coasts and hills. 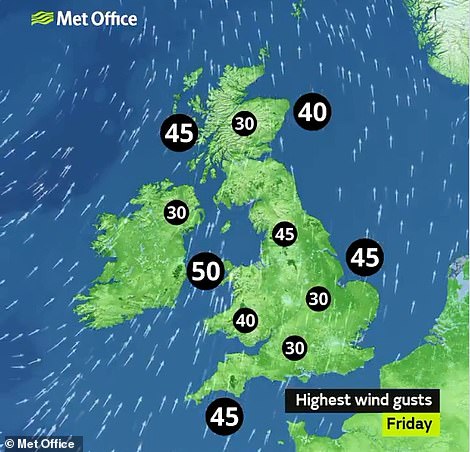 Wind gusts of up to 50mph are expected on exposed coasts

The average rainfall for England in August is only 2.72in (69mm).

Nicola Maxey, of the Met Office, said: ‘The weather warning is for heavy bursts of rain which could cause flooding.

‘It is the type that your windscreen wipers can’t quite cope with and could coincide with rush hour.

‘Sunshine and showers, some of them heavy, will predominate on Saturday and it will still be a bit breezy with temperature about average.’

The forecaster said that although the weekend will remain wet and unsettled, a warmer period may be on the way next week.

She said: ‘There are indications we may be seeing high pressure building into the middle of next week, which could bring more settled weather, but there is still uncertainty.’