London: A top official at the European Union's highest court advised on Tuesday that Britain can change its mind about leaving the European Union, boosting hopes among pro-EU campaigners in the UK that Brexit can be stopped. 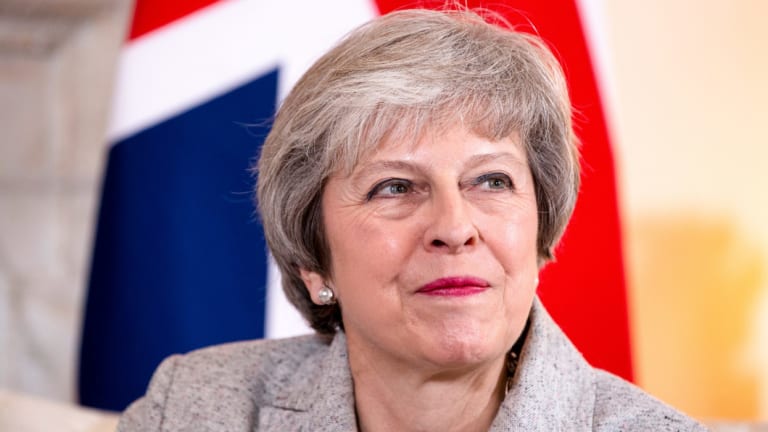 Prime Minister Theresa May's government insists it will never reverse the decision to leave, but May faces a tough battle to win backing in Parliament before lawmakers vote next week on whether to accept or reject the divorce agreement she has negotiated with the bloc.

Defeat would leave the UK facing a chaotic "no-deal" Brexit and could topple the prime minister, her government, or both.

Advocate General Manuel Campos Sanchez-Bordona told the European Court of Justice that a British decision to revoke the countdown to departure would be legally valid. The advice of the advocate general is often, but not always, followed by the full court.

The court is assessing the issue under an accelerated procedure, since Britain is due to leave the bloc on March 29. The final verdict is expected within weeks. 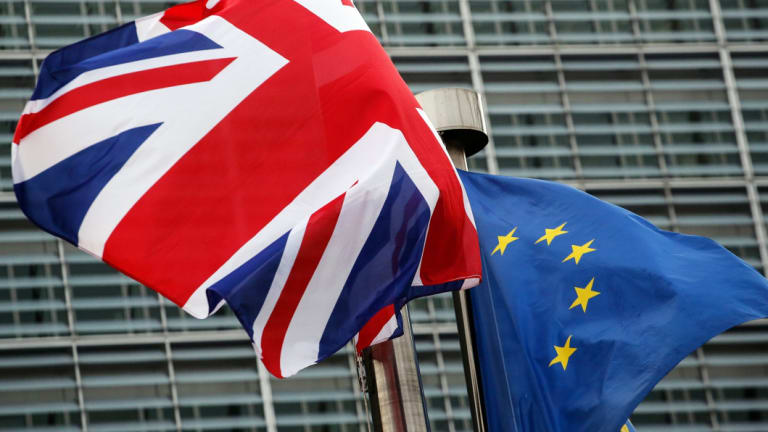 A Union flag, also known as a Union Jack, left, flies next to a European Union (EU) flag outside the European Commission building in Brussels, Belgium.Credit:Bloomberg

Britain voted in 2016 to leave the 28-nation bloc, and invoked Article 50 of the EU's Lisbon Treaty in March 2017, triggering a two-year exit process. Article 50 is scant on details largely because the idea of any country leaving the bloc was considered unlikely when it was drawn up.

So a group of Scottish legislators asked the courts to rule on whether the UK can pull out of the withdrawal procedure on its own.

The EU's governing European Commission and European Council oppose unilateral revocation, arguing it requires unanimous agreement of the 27 remaining members of the bloc.

The court's advocate general said that Article 50 "allows the unilateral revocation of the notification of the intention to withdraw from the EU."

The advice bolstered anti-Brexit campaigners, who hope the decision to leave can be reversed.

"That puts the decision about our future back into the hands of our own elected representatives – where it belongs," said Jo Maugham, a British lawyer who helped bring the case.

May's spokesman, James Slack, said the opinion didn't change "the clear position of the government that Article 50 is not going to be revoked."

But the court's opinion is another headache for the Conservative prime minister as she battles to win Parliament's backing for her EU divorce deal.

May was due to open five days of debate in the House of Commons on Tuesday, arguing that members of Parliament must back the agreement to deliver on the voters' decision to leave the EU and "create a new role for our country in the world."

Her chances of winning majority backing for the deal when Parliament votes on Dec. 11 look slim.

Politicians on both sides of Britain's EU membership debate oppose the agreement that May struck with the bloc – pro-Brexit ones because it keeps Britain bound closely to the EU, and pro-EU politicians because it erects barriers between the UK and its biggest trading partner.

"The numbers in the Houses of Parliament look pretty formidable for Theresa May," said Alan Wager, a research associate at the UK at the Changing Europe think tank.

Leaving the EU without a deal would end more than 40 years of free trade and disrupt the flow of goods and services between Britain and the EU.

The Bank of England warned last week that a no-deal Brexit could plunge Britain into a severe recession, with the economy shrinking by 8 per cent in the months after March 29.

Bank of England Governor Mark Carney said on Tuesday that British consumers could see their weekly supermarket bills up by 10 per cent in a worst-case Brexit scenario that involves a 25 per cent fall in the value of the pound.

Before the debate, May's government faced another showdown with lawmakers over the legal advice about the Brexit deal. Lawmakers were set to vote on a motion finding the government in contempt of Parliament for failing to publish the full guidance from Attorney General Geoffrey Cox, despite a vote by Parliament calling them to do so.

Labour Party Brexit spokesman Keir Starmer accused the government of "willfully refusing to comply with a binding order of this House."

Cox could be suspended from Parliament if he is found in contempt.