Britain is hit by another bird flu outbreak with 13,000 chickens set to be culled at farm in Cheshire

Britain is hit by another bird flu outbreak as 13,500 birds are set to be culled at a Cheshire farm.

The outbreak of the H5N2 avian influenza was identified in Helsby, near Frodsham, on Monday.

Public health officials said the risk to the public was ‘very low,’ while properly cooked poultry and poultry products, including eggs, remained safe to eat.

A 3km restricted zone has been set up to manage the infection.

Public Health England (PHE)  said the human risk of infection is very low for the general population, and low for those immediate contacts on site. 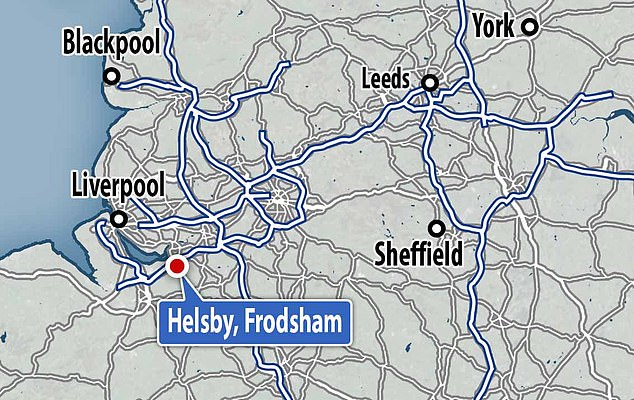 13,500 birds are set to be culled after after aviation influenza was found

Cheshire West and Chester Council is working with the Department for Environment, Food and Rural Affairs (DEFRA), the Animal and Plant Agency (APHA), Public Health England (PHE) and other partners in dealing with the outbreak.

‘We are working locally to support residents, local businesses and premises who may be affected as well as providing information to help manage the infection.’

Clinical signs that poultry keepers should look for in their birds include a swollen head, discolouration of neck and throat, loss of appetite, respiratory distress, diarrhoea and fewer eggs laid – although clinical signs vary between species of bird.

It comes as nearly 500 ducks and chickens from a farm in Deal, Kent will be killed after another outbreak of aviation influenza. 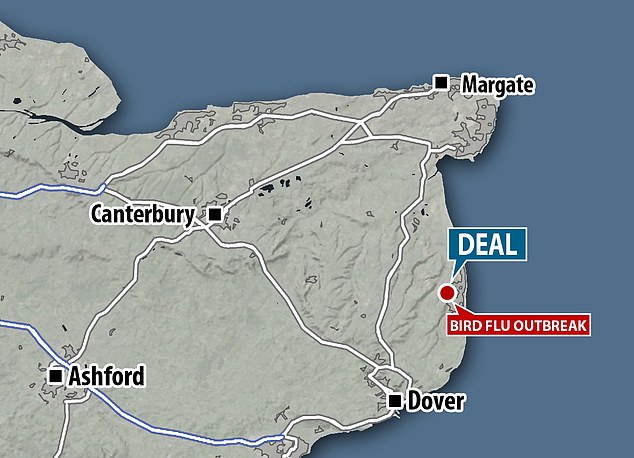 Nearly 500 ducks and chickens will be culled at a farm in Deal, Kent after the outbreak

A 1km restricted zone has  also been put in place around the site to limit the risk of the disease spreading, while urgent enquiries are underway for any evidence that it has spread further.

This led to the risk level being raised to medium for the incursion into the UK through the movement of wild birds.

These viruses are in no way connected to the Covid-19 pandemic caused by the SARS-CoV-2 virus which is not carried in poultry.