Four people, including two former MI5 officers and a former prosecutor, will not face criminal proceedings as part of a major investigation into a top British spy within the IRA’s notorious ‘nutting squad’.

Prosecutors in Northern Ireland said that the fourth person, understood to be Stakeknife – the high-ranking Army agent within the IRA – will not face a charge of perjury.

In 2003, Stakeknife was named as Belfast man Freddie Scappaticci. But he has always strongly denied it and rejects claims that he was an IRA informer. 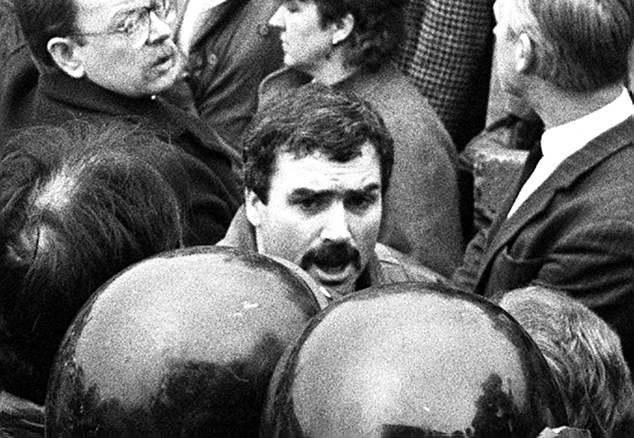 Four people, including two former MI5 officers and a former prosecutor, will not face criminal proceedings as part of a major investigation into a top British spy within the IRA. Prosecutors in Northern Ireland said that the fourth person, understood to be Stakeknife (pictured) – the high-ranking Army agent within the IRA – will not face a charge of perjury 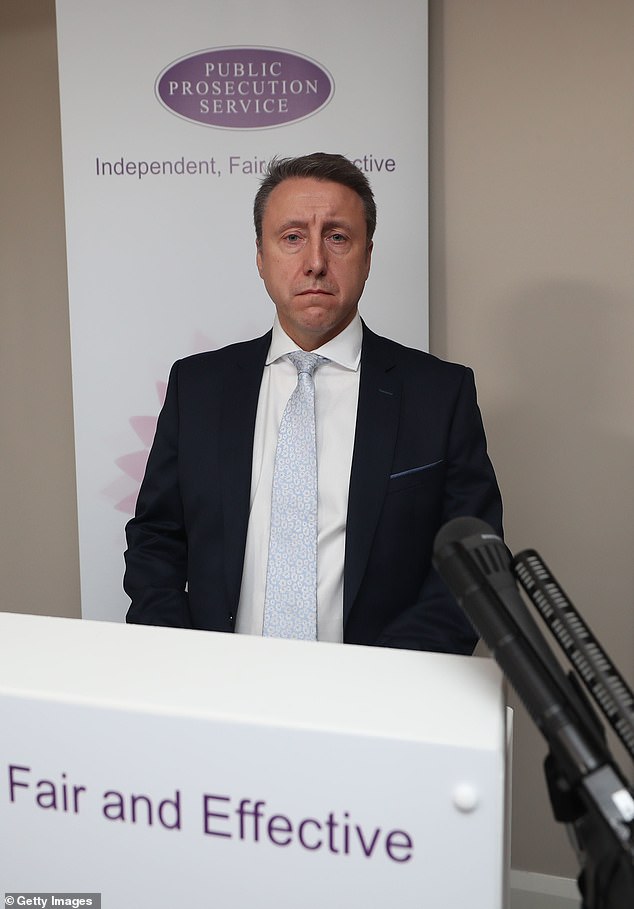 The director of public prosecutions Stephen Herron said these are the first decisions relating to files submitted by Operation Kenova: the investigation team led by former chief constable Jon Boutcher

Stakeknife had been accused of lying under oath in affidavits between 2003 and 2006 following files sent by the Operation Kenova team, who are investigating killings allegedly linked to the agent.

The two former members of the British security service and the former PPS prosecutor were considered for misconduct in office.

The PPS also said it reviewed the circumstances in which a decision was taken not to prosecute Stakeknife in 2007.

The director of public prosecutions Stephen Herron said these are the first decisions relating to files submitted by Operation Kenova: the investigation team led by former chief constable Jon Boutcher.

Mr Herron said: ‘In respect of these initial perjury related matters, I have carefully considered the evidence provided by Operation Kenova investigators in relation to the four individuals reported. 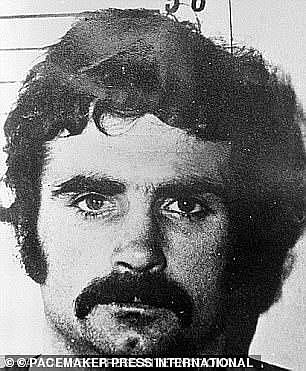 In 2003, Stakeknife was named as Belfast man Freddie Scappaticci

‘After a thorough analysis of all available evidence, and with the benefit of independent advice from highly experienced Senior Counsel, I have concluded that in each case there is insufficient evidence to provide a reasonable prospect of conviction for any offence.’

Mr Herron said that the Evidential Test for Prosecution was not met.

‘The second limb of the Test for Prosecution, which relates to the public interest in bringing proceedings, did not therefore fall to be applied,’ he added.

‘There are constraints on being able to fully explain my decision making rationale at this time.

‘In view of this, I wish to assure the public that decisions have been taken with absolute independence and impartiality and fully in accordance with our Code for Prosecutors.’

Mr Herron stressed that prosecutorial consideration of all remaining matters is ongoing. He added that families directly affected by these cases will be kept informed as they progress.

However, Mr Boutcher said that Thursday’s decision does not mean prosecutions are out of reach.

‘The challenges of bringing a prosecution for Northern Ireland legacy cases, both from a legal and practical perspective, are well-known and have been described in my evidence to the Northern Ireland Affairs Select Committee,’ he said.

‘We await the remaining decisions with keen interest.

‘Most importantly, at the outset of Operation Kenova, I made commitments to provide families with our findings as to what happened in their individual cases and to deliver a public-facing report. These two key commitments remain at the forefront of our endeavours.

‘Legacy should not be judged simply through the prism of prosecutions, it must be considered as a process which provides the truth to those families who have lost loved ones.’ 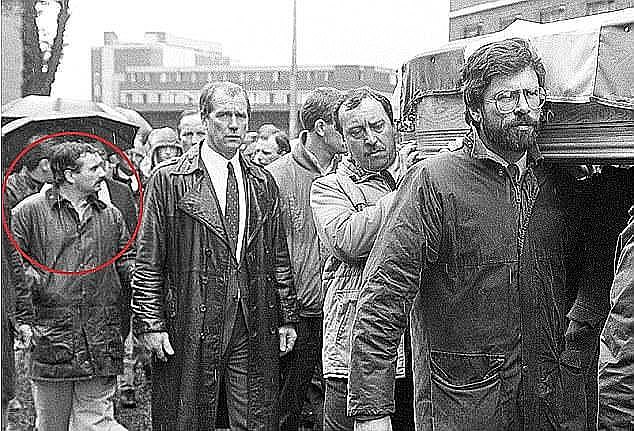 The wider Operation Kenova is continuing to investigate activities connected to Stakeknife including murder, false imprisonment and assault.

Solicitor Kevin Winters, of KRW Law, whose firm represents 23 cases connected to Thursday’s announcement, said there are concerns about the legal reasoning behind the PPS decision.

‘We will examine this decision of the PPS carefully as it impacts on further pending decisions on other murder cases,’ he added.

‘However, if the out-workings from this decision today is the prospect of an earlier release of a public report into the activities of Stakeknife, then much of the frustration felt by families may dissipate.

‘The decision may assist Operation Kenova to address the wider systemic issues of British military penetration of the PIRA Internal Security Unit. That will be of some value to those families we act for.

‘That is the challenge today for Jon Boutcher.

‘If anything, the decision today increases the pressure on him to deliver the sort of findings that will provide the families with clear and unambiguous findings which will contribute to their understanding, which for the bereaved, as in hundreds of conflict-related legacy cases, is long overdue.’

Who was ‘Stakeknife’ and what are the claims against him?

The notorious double agent ‘Stakeknife’ was a top-level IRA figure who passed information to the British.

He had worked his way into the ‘nutting squad’, the IRA’s version of the KGB, which interrogated and punished suspected spies.

It is claimed he was feared by even the most hardened IRA gunmen and bombers.

A brutal beating persuaded him to become an informer, previous reports have claimed.

In 2012, former Northern Ireland General Sir John Wilsey described the agent Stakeknife as ‘a golden egg’ and the ‘jewel in the crown’ of intelligence sources.

The agent reportedly received payments of up to £80,000 a year for information about kidnappings, bombings and shootings.

The allegations against Stakeknife were laid bare in a damning report by former Metropolitan Police Commissioner Sir John Stevens in 2003.

Discussing the report in Parliament in 2003, Labour MP Kevin McNamara said: ‘It is alleged that Stakeknife was a low-ranking Irish Republican Army volunteer, who was recruited to the FRU in 1978.

‘As a double agent, he was tasked with advancing himself in the paramilitary group, and he became head of the IRA internal security unit, the nutting squad.

‘For that service, he was paid the salary of a then Cabinet Minister – £80,000 a year; moneys were deposited into a bank account based in Gibraltar.

‘As head of the nutting squad, Agent Stakeknife would have been in charge of vetting all recruits to the IRA and seeking out British moles.

‘If that were true, he would have been involved in kidnap, interrogation, torture and punishment.

‘He would have taken part in anything up to 40 murders of suspected informers. He would be guilty of colluding in the murder of IRA volunteers, police officers, soldiers and civilians.’

After Scappaticci was alleged to be ‘Stakeknife’ by disaffected Army agent Kevin Fulton in 2003, he was reportedly moved to a safehouse.

A newspaper report at the time stated: ‘Wherever he tries to begin a new life with a new identity he will always be a hunted man.’