A delivery driver has been dubbed Britain’s laziest after she twice blocked a residential road when she stopped to drop off parcels.

The Hermes courier was filmed holding up traffic with her grey Nissan Qashqai as she made deliveries on the street twice within ten days.

Motorists had to sit and wait when she stopped her vehicle in the middle of the road – even though there were several empty parking spaces just a few feet away. 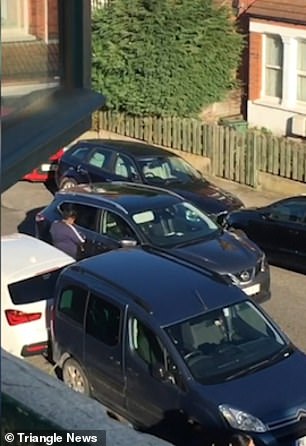 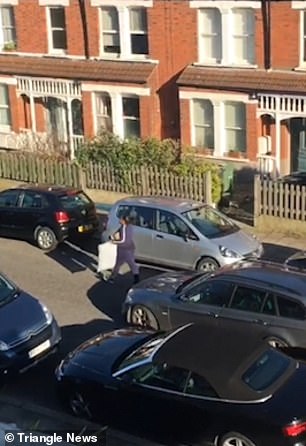 A Hermes courier was filmed holding up traffic with her grey Nissan Qashqai as she made deliveries on a West Dulwich, south London street on January 28

The tracksuit-clad driver first parked her car in the middle of the West Dulwich, south London street on January 28.

Traffic was brought to a standstill for 15 minutes – and a motorist and a woman in her 90s were forced to leave their car to try and find the driver.

In a clip, the unnamed delivery driver can be seen arguing with a motorist in a silver BMW who was brought to a standstill as she made her deliveries.

But instead of moving out of the way, she collects an armful of packages from her vehicle and heads to three addresses. 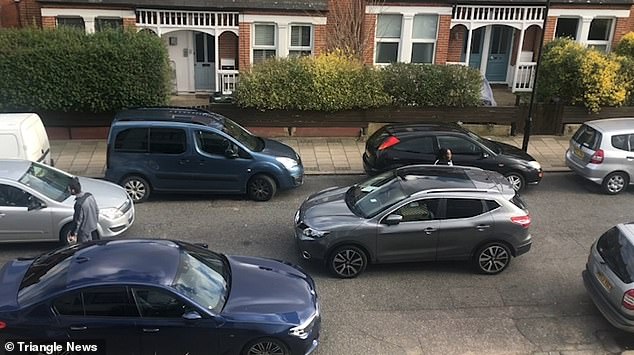 Just 10 days later, on February 7, the delivery driver returned to the street and forced a silver Vauxhall Astra to stop as she dropped off items

A Mercedes then stops behind her as she eventually gets back in her car.

However, the motorist returned to the street and forced a silver Vauxhall Astra to stop just ten days later.

In a second video filmed on February 7, the delivery driver is branded ‘selfish’ by the waiting motorist as she heads back to her car.

But she soon gets back into her car and reverses along the residential street to allow the furious motorist to pass.

The driver has been seen acting in the rude manner before and is well known in the area for her middle-of-the-road parking, reports said.

One witness said: ‘That delivery driver has absolutely no consideration for any other road users. 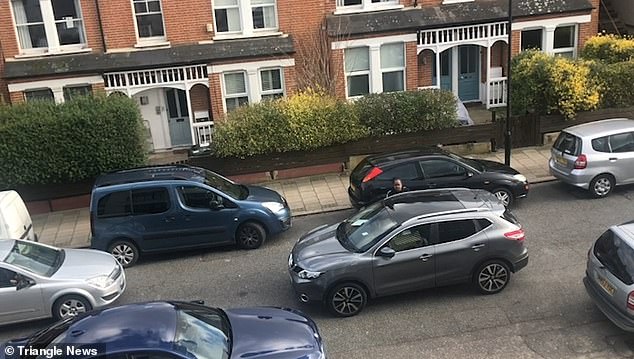 ‘She’s constantly seen parking up in the middle of the road – five minutes might be OK, but she often takes 15 minutes plus.

‘She is pig ignorant. In fact, I’d got as far to say she is Britain’s laziest driver.’

A Hermes spokesman said: ‘We would like to apologise to anyone that has been inconvenienced by this unacceptable behaviour.

‘We have spoken to the courier and made it clear that this must not happen again.’