HEAVY metal rocks among the nation’s pensioners, a poll has found.

The over 65s love headbanging to Van Halen and Metallica — with 38 per cent rating metal their top music choice. 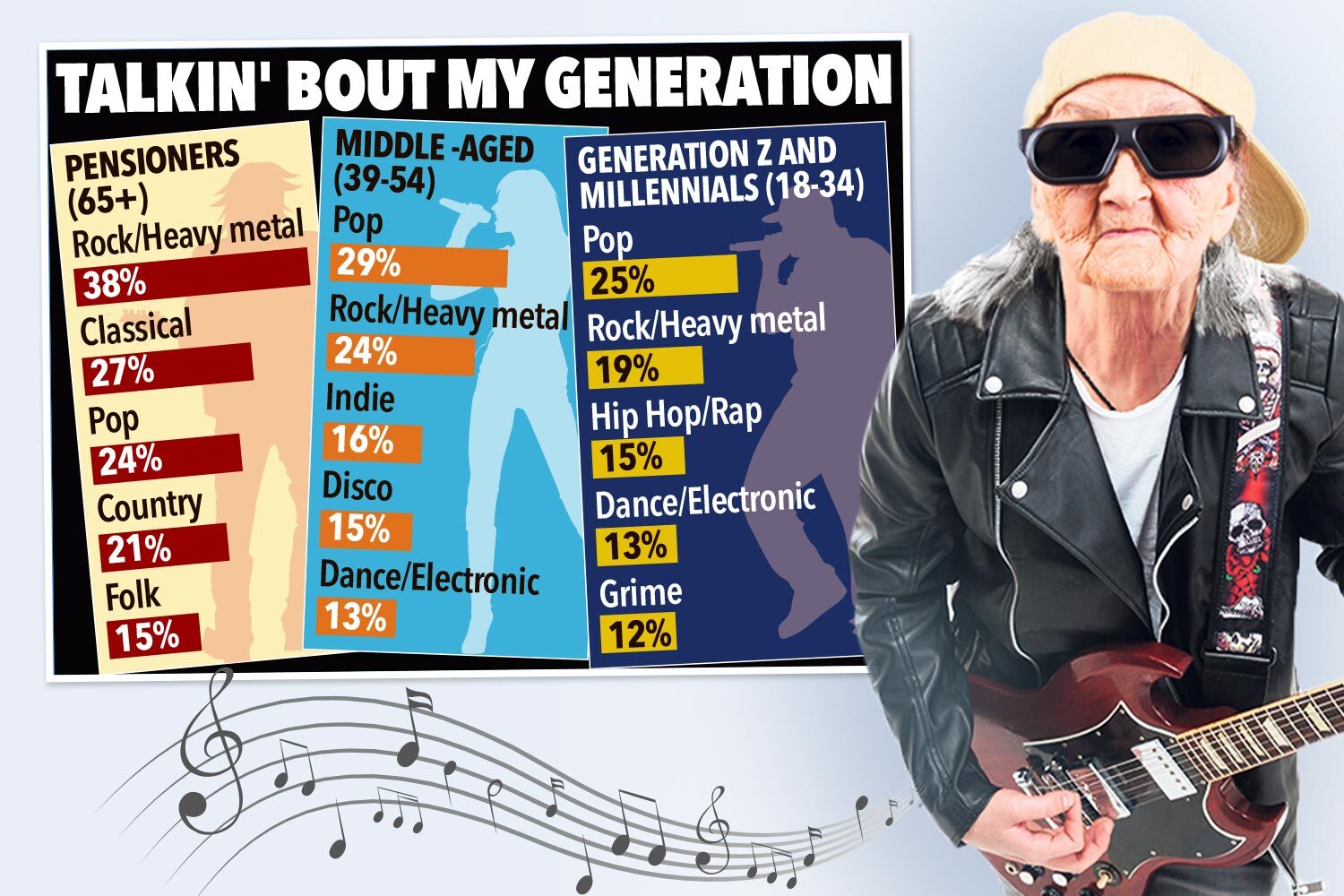 He added: “Nothing compares to the riffs, guitar solos and raw sound. Whenever I hear classical music or pop I switch off. It just doesn’t do anything for me.”

The biggest disco fans were the middle-aged (aged 45-54) — who lived through the 1970s when the genre took off.

Least popular music type across all ages was grime (three per cent), and funk (four).

The poll is for an Oreo cookies promotion giving fans the chance to win music prizes.

The brand said: “It’s great to see age is just a number when it comes to liking rock!”