British farmers must dig for victory once again: Our island is blessed with good soil and plentiful rainfall – which is why, as food prices soar, we should remember the history lesson that self-sufficiency is vital, writes JAMIE BLACKETT

British shoppers are used to cheap food and plenty of it.

We expect to walk into any supermarket nationwide and see produce from all over the planet, whatever the season.

But the downside of the globalisation of food supply is that our domestic farming industry has been allowed to run down.

While we produce most of our grains, meat and dairy, in all, British farming accounts for only about half of the food on our plates.

As a result, agriculture in the UK has become almost unviable for many farmers.

Yet the events of recent weeks are a belated wake-up call.

For too long, government advisers have relied on the global economy to provide what we need, complacently assuming we don’t have to worry about ‘food security’ — the ability to grow or source what the population needs.

But the looming cost-of-living crisis, exacerbated by Russia’s terrifying war on Ukraine, is about to change that.

And those short-sighted, naive policymakers are being exposed for their lack of foresight. 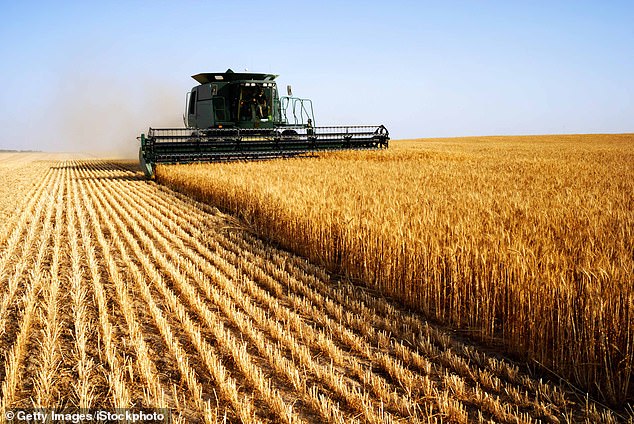 Britain urgently needs to take back control of its food security. We must become more self-sufficient, to ensure we are less dependent on other countries — especially potential enemies — to fill our larders. Pictured:  Combine harvesting

Britain urgently needs to take back control of its food security.

We must become more self-sufficient, to ensure we are less dependent on other countries — especially potential enemies — to fill our larders.

Ukraine and Russia, for example, export up to 35 per cent of the world’s grain (wheat, maize, etc) and the conflict is expected to hit quantities and prices hard.

Already there are reports of some farmers deciding to grow wheat on land scheduled to lie fallow because demand is expected to soar — although for most that is not an option because of government mandates.

Restoring the agricultural sector so we can produce more of what we eat must become a priority in Britain — and we can draw on the lessons of history to do it.

Before the outbreak of World War II in September 1939, Britain was importing nearly 70 per cent of its food.

Within months this had fallen dramatically, as domestic production was ramped up. By 1945, our dependence on food imports had halved. 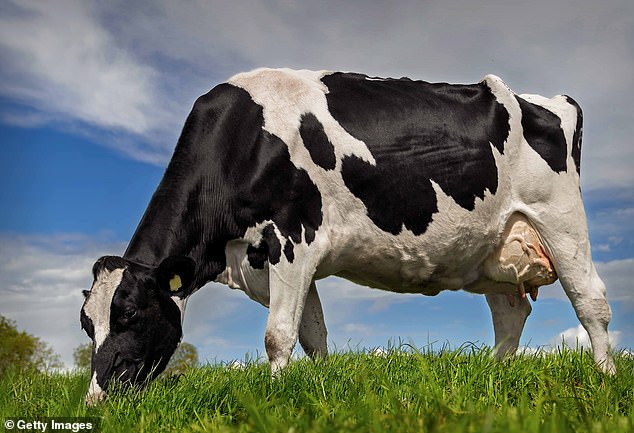 No land went to waste. Public parks became allotments and the Tower Of London lawns were sown with seed.

Even the Royal Family grew onions in place of bushes and shrubs in their palace gardens.

Every Sunday, 3.5million Britons tuned in to listen to gardener Cecil Henry Middleton offer tips on the BBC’s new Home Service (now Radio 4), while ‘Doctor Carrot’ and ‘Potato Pete’ encouraged children to get involved, too.

By the end of the war, there were nearly 1.4 million allotments in Britain, producing 1.3million tons of food as part of the war effort.

Granted, we no longer have a command economy, where farms were a resource under the instruction of the Ministry of Agriculture.

But we can still ‘dig for victory’.

There is no quick fix but there are many things we can do to start putting agriculture back on its feet — and many of these measures are also of great benefit to the environment.

We must play to the natural strengths of our countryside.

This island is blessed with good soil and plentiful rainfall, which makes it one of the best places on earth for growing grass.

In recent years there has been a misguided drift to planting conifers on land naturally suited to pasture, or turning it over to produce grain for animal fodder.

Yet grass is the perfect crop for fattening beef cattle and sheep, as well as for dairy cows.

It is madness to grow grain and feed that to cattle. 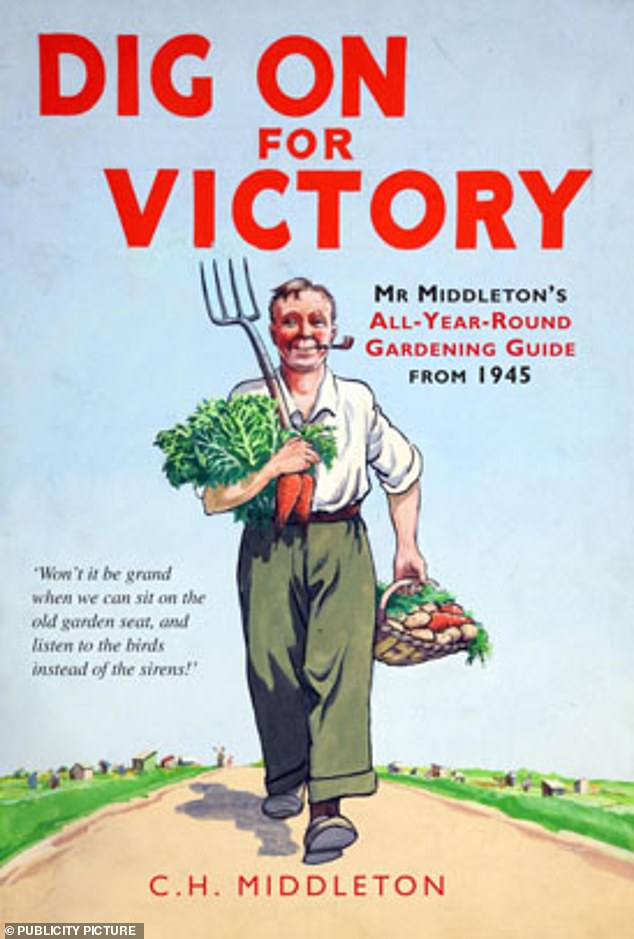 Every Sunday, 3.5million Britons tuned in to listen to gardener Cecil Henry Middleton offer tips on the BBC’s new Home Service (now Radio 4), while ‘Doctor Carrot’ and ‘Potato Pete’ encouraged children to get involved, too. Pictured: Dig On for Victory: Mr Middleton’s All-Year-Round Gardening Guide from 1945

Far better to let them graze, which makes for healthier animals and better meat, and drastically reduces the demand for artificial fertilisers — one of the chief causes of greenhouse gases in agriculture.

We must break our reliance on nitrogen-based fertiliser, not least because 30 per cent of the world’s supply comes from Russia.

Sanctions against Moscow mean we are turning Russian ships away from our ports, and rightly so.

But even before the invasion of Ukraine, we were in crisis.

By last autumn, nitrogen fertiliser cost £700 a ton, up from £285 a ton six months earlier.

That increase was largely orchestrated by Vladimir Putin, who can control gas supplies to the West (natural gas is essential for making nitrogen fertilisers). 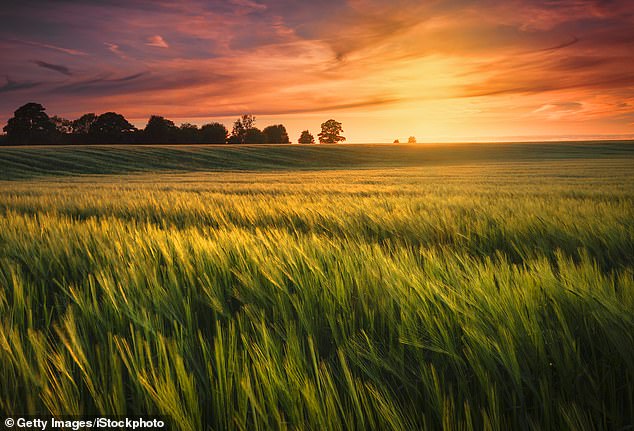 One by-product, you may remember, was that carbon dioxide for the fizzy drinks industry was suddenly in short supply.

The Government stepped in with a subsidy — but that should have been a klaxon warning to us all.

When another country can suppress everything from our wheat to our lemonade, we have ceded far too much control.

Nitrogen fertiliser is now £950 a ton.

Farming incomes in the UK have been falling steadily, as successive governments have taken farmers for granted.

In turn, that has meant a lack of investment in machinery and soil fertility.

For many farmers, it is a simple question of cashflow: already in debt, they are reluctant to borrow in order to grow more.

As a result, they are badly placed to absorb sudden costs such as the steep rise in diesel prices this month.

On my farm in southwest Scotland, for instance, we grow 50 acres of potatoes.

To produce just one acre requires 250 litres of diesel for the tractors.

Diesel prices have more than doubled and the inevitable result will be that potatoes cost more. 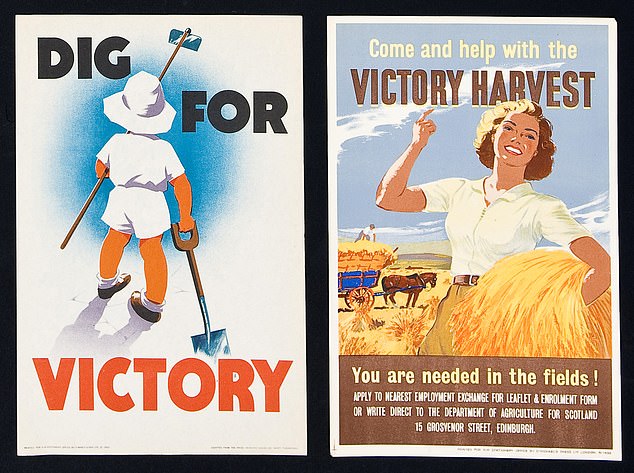 By the end of the war, there were nearly 1.4 million allotments in Britain, producing 1.3million tons of food as part of the war effort. Pictured: A WW2 poster begs for harvest help

Supermarkets won’t want to sacrifice their profits, so consumers and farmers will bear the brunt.

Good government policies are needed. In the short term, we have to scrap the ‘greening’ measures by which land is left to lie fallow for a year at a time.

In my experience, it has little real benefit for wildlife anyway.

We must also stop kowtowing to the environmental lobby, with too much good land devoted to forestry that is literally fruitless.

More of the wheat we grow has to be for human consumption. We need to focus much more on fruit and vegetables.

And we need to integrate livestock farming with arable cropping to harness the natural fertility of animal manure.

And we all need to reassess our diets.

A crucial tip is to relearn about the seasons.

We have forgotten the natural cycles of the year because it has become so easy to buy asparagus and strawberries in January, or apples in May. 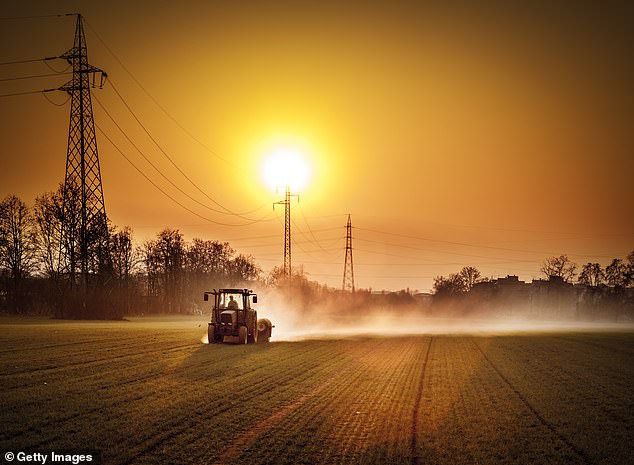 British farmers are producing far less fruit than we used to because, following our entry into the European Economic Community in the 1970s, we cut down many of our orchards.

Replacing these will take decades but there is no better time to start than now.

Above all, we need to start attracting more young people into the industry.

The average age of a British farmer is 59, and even for those born into farming it is not an attractive prospect.

But you don’t have to be a farmer to contribute.

Anyone with an allotment — there are some 330,000 in ­England alone — or a back garden should consider growing some of their own food at least. 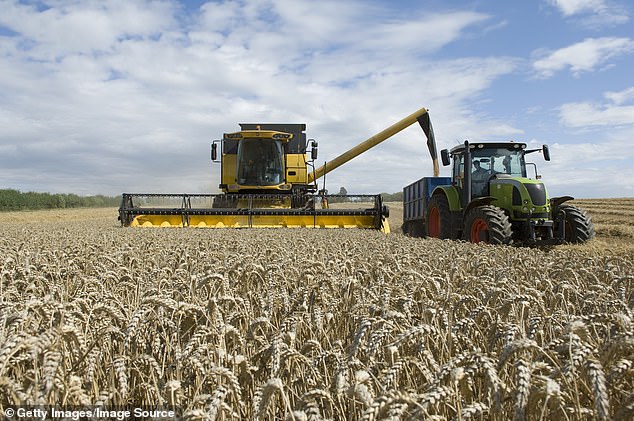 Good garden crops rely on getting the soil right, which means packing the earth with organic matter.

My advice to home growers is to rely on animal manures rather than artificial fertilisers.

This should be a national effort.

The food we grow is Britain’s most vital resource. It is our first line of national defence.

We have been overconfident about this for far too long — and now it is time to take both farming and the origins of the food we eat seriously once more.