A British tourist has died in a motorbike crash on Russia’s notorious ‘Road of Bones’ in eastern Siberia just two weeks before his 70th birthday.

Graham Vavangas, 69, believed to be from West Sussex, was killed in a head-on collision with a Scania tanker truck in the remote Yakutia region, say Russian reports.

He was taking part in a road trip of the Russian Far East when he lost control of his bike and hit the oncoming tanker, Russian media report. 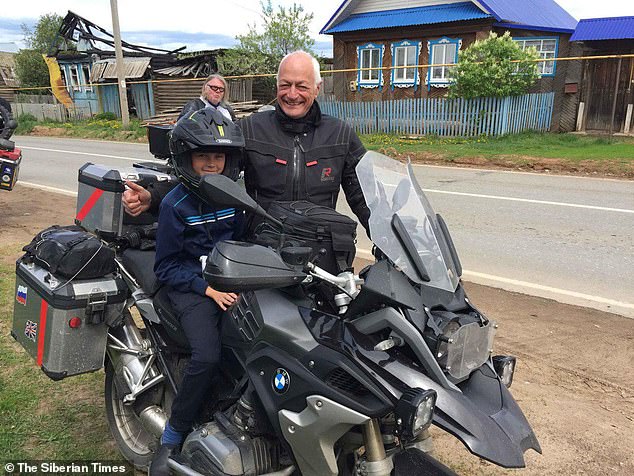 Graham Vavangas, 69, believed to be from West Sussex, died when he lost control of his bike and hit an oncoming truck in Russia’s remote Yakuita region 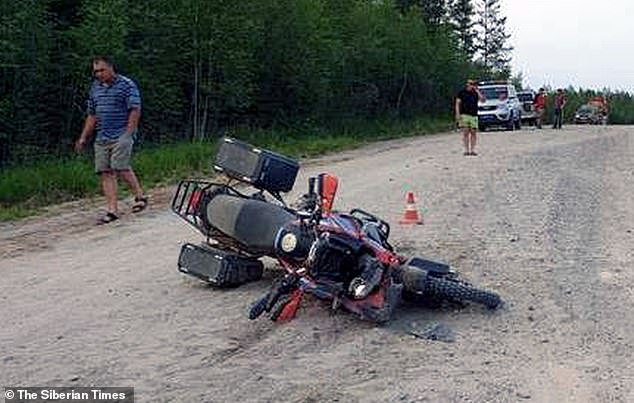 The Road of Bones – also known as the Kolyma Highway – was built on Stalin’s orders by Gulag prisoners, many of whom died during the construction.

It got its grim moniker because many of them were buried under or beside the route, which winds through Russia’s coldest regions where winter temperatures can dip below -70F (-60C).

The accident was some 200 miles northeast of diamond capital Yakutsk en route to remote Khandyga village.

The bleak route has become popular with foreign tourists in recent years.

Mr Vavangas had been on mammoth tour starting in Vladivostok and he was en route to the Pacific port of Magadan when he was killed. 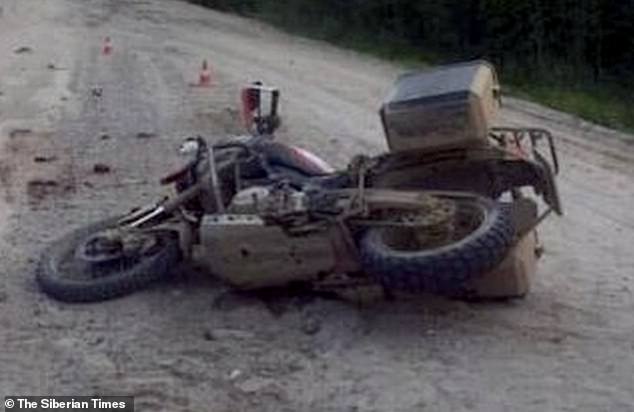 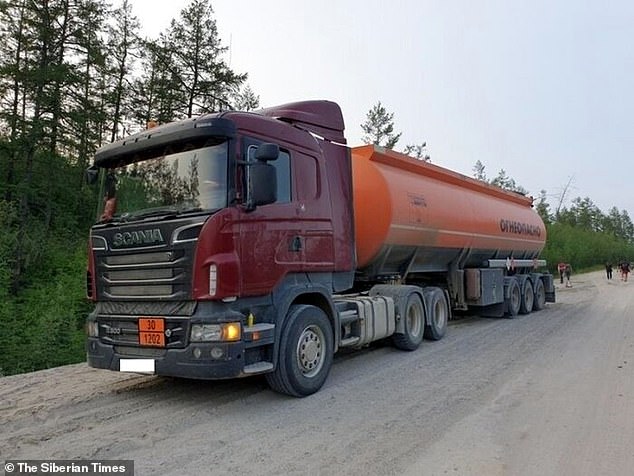 ‘On 25 July he would have turned 70. We met on Sunday in Yakutsk for the excursion for a group of bikers.

‘They planned to reach Magadan. Their tour had began in Vladivostok.’

Before his death on Monday, the tourist had posted a glowing tribute his ‘adventure of amazing proportions’ riding across Russia.

‘The great distances across this vast country, stunning scenery, fascinating traditional Russian villages and life all packaged, arranged and led by highly experienced and responsible guides,’ he said. 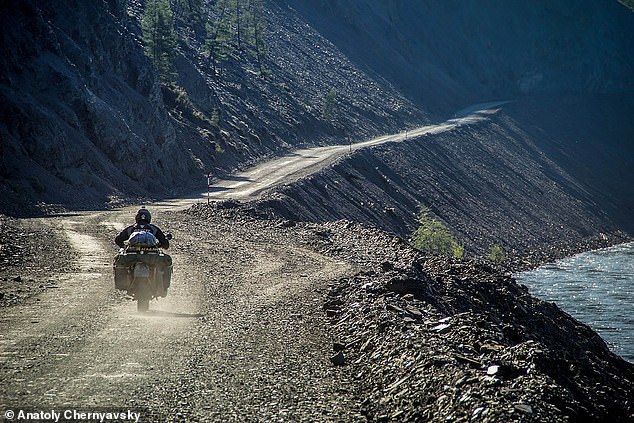 The Road of Bones (file image) earned its grim moniker because it as built by Gulag prisoners, many of who died in the construction and were either buried underneath or alongside it

‘One of the most interesting and enlightening motorcycle tours you could join which will leave you with a snapshot and better understanding of Russia from west to east.

He was on the trip with a Canadian tourist.

The British Foreign Office were providing consular assistance to the bereaved family.