Brexit vote delay underscores high political stakes involved for PM May and how it continues to sow deep divisions. 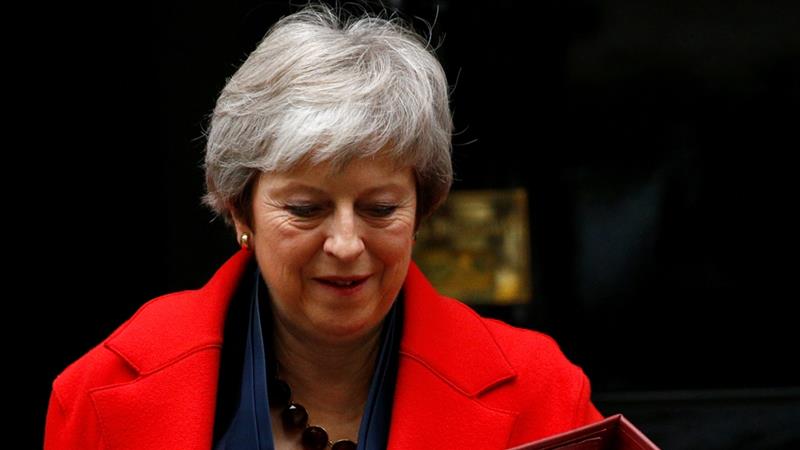 London, United Kingdom – Britain’s prime minister has blinked in her fraught showdown with parliament over an unpopular deal she reached with the European Union on the country’s Brexit from the bloc.

A decision by Theresa May to cancel a widely anticipated vote on the agreement she has struck with the EU angered MPs and stirred calls for a vote of confidence in the UK’s beleaguered leader.

Monday’s move came after three days of debate in the House of Commons on the terms of Britain’s departure from the EU and their future relationship when it became clear that the Conservative premier faced a thrashing by her own MPs.

It highlights the high political stakes involved in Brexit for May personally – and how the issue continues to sow deep divisions in parliament and the country.

John Bercow, the Speaker of the House, condemned the “discourteous” decision to pull Tuesday’s vote, for which MPs had waged a ferocious battle to secure in the first place, after 164 parliamentarians had already spoken.

Robert Hazell, professor of government and the constitution at University College London (UCL), said: “I am surprised that the PM has deferred the vote. As the Speaker stated, it was a grave discourtesy to the House of Commons to defer the vote at such a late stage, when over 160 MPs had spoken in the five-day debate.”

“It’s a fairly odd way to treat parliament by saying ‘Go away, have a big debate, and then we will tell you it was all a waste of time because we are not bothering to vote on it anyway’.”

May is now under further pressure to treat the running sore plaguing her efforts to find a workable exit from the EU – the “backstop” insurance policy to avoid the creation of a “hard” customs border between Northern Ireland and the Irish Republic, which has infuriated Conservative MPs.

The prime minister says she will now return to the EU as its leaders gather for a European Council meeting in a bid to secure changes.

The timing of the widely anticipated British parliamentary vote now becomes an even more important element of the Brexit calculus as the UK edges closer towards March 29, 2019 – the date on which it is scheduled to leave the EU, with or without a deal.

May hinted the process would resume in the New Year, suggesting MPs would have to vote by the end of January.

Menon said: “The crucial question will be when this deal comes back to parliament. If she brings it back in January, that really will focus attention on the danger of a ‘no deal’ Brexit because of course the clock will be ticking and we need to start discussing the Withdrawal Agreement Bill – and unless we are doing that by mid-January, we really are going to run out of time.”

May’s decision also provoked predictable calls for a vote of confidence in her leadership from Scottish and Welsh nationalists, although the main opposition Labour Party continues to keep its powder dry.

Maddy Thimont Jack, a researcher at the Institute for Government, said: “For the moment it seems that Labour is holding its fire potentially to wait, because if she had lost a vote by 200 plus votes that would have been much greater ammunition for a confidence vote.”

While there are right-wing Conservatives who want to replace May, the bruised prime minister has weathered the storm because there is no credible alternative leader popular enough in the party to take over.

May’s efforts to convince the EU to make concessions – possibly over the role of the British parliament in approving any move into the “backstop” arrangement – face huge difficulties because European leaders insist they will not budge.

“I would have thought her bargaining power with the EU might have been greater, if she had gone back to Brussels after the deal had been defeated, rather than saying that she feared it would be defeated,” Hazell said.

Nonetheless, Brussels is as keen as London to avoid the UK departing in March without a deal, which could make them open to revisit some issues.

While May’s cancellation of the vote yet again kicks the can down the road in her gruelling effort to resolve the most thorny political problem faced by the UK for generations, it could also crank up calls for a second referendum that could, in theory, reverse Brexit.

Thimont Jack said: “The greater the risk of no deal, the greater the pressure on MPs – particularly given that there doesn’t seem to be a majority in the House for no deal – to find a way forward. And one of those options on the table is still a further referendum.”

While the researcher said “it’s a fool’s game to try and predict what is going to happen over the next month”, there is qualified support for this view.

Menon added: “It does make a second referendum slightly more likely, but it is relatively hard to see how we get there, because this government would have to legislate for it and it is not something I can easily see Theresa May or one of her obvious successors doing.” 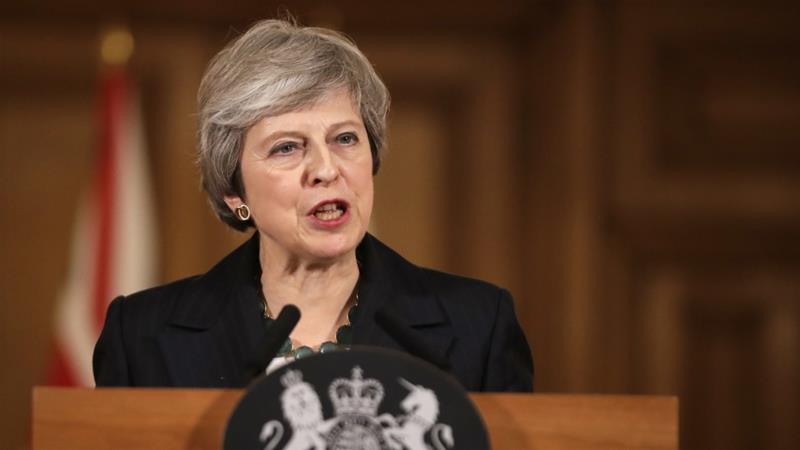