Bloodhound project to build 1,000mph supersonic car is saved as investor steps in to fund business

A British project to build a supersonic car capable of speeds of 1,000mph has been saved after an entrepreneur stepped in.

The firm behind the Bloodhound bid to break the land speed world record went into administration in October.

Ten days ago, administrators said efforts to secure an investor had failed and the project would be scrapped. 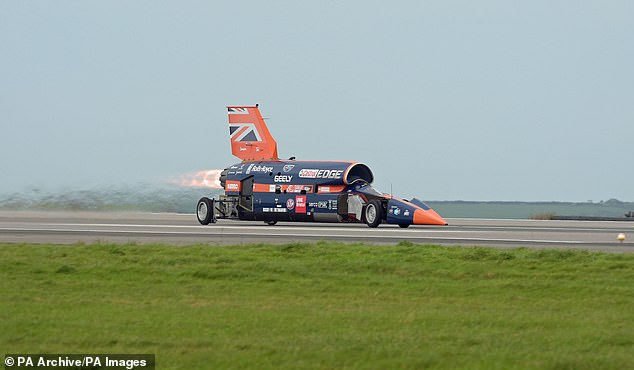 The Bloodhound 1,000mph supersonic racing car, pictured during its first public run at Cornwall Airport, has been saved by a Yorkshire-based entrepreneur Ian Warhurst

But yesterday they said Yorkshire-based entrepreneur Ian Warhurst had bought the business and assets for an undisclosed sum.

Andrew Sheridan, joint administrator and partner at FRP Advisory LLP, said: ‘We have been overwhelmed by the passion that clearly exists for Bloodhound and are thrilled that we have been able to secure a buyer who is able to give this inspiring project a future.

‘He will be outlining his plans for the project in detail early in the New Year.’ 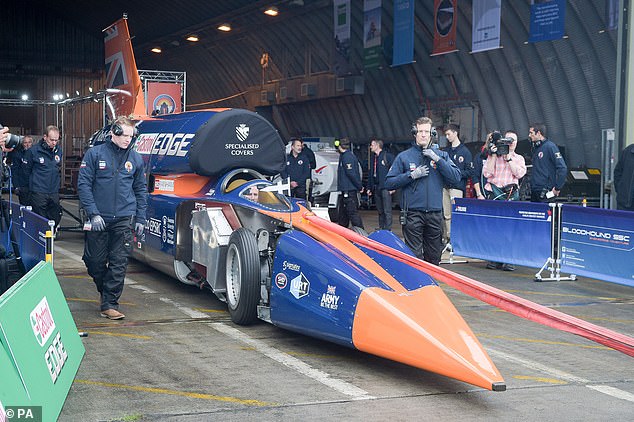 The project bids to make the supersonic car capable of speeds of 1,000mph and break the land speed world record