One heroic British SAS fighter brutally ended an ISIS onslaught to allow his comrades to take cover – killing 30 belligerents in a six-round blitz that ‘shattered’ their hideout.

SAS troops working alongside Kurdish forces were engaging in hand to hand combat in the then-ISIS stronghold of Baghouz last month.

A specially adapted Army Landrover operator responded to an ambush on SAS troops, firing with a grenade machine gun (GMG) – which can launch 350 high explosive rounds per minute. 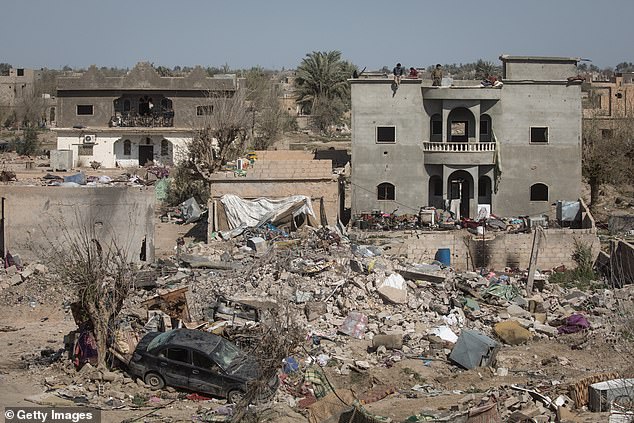 The operation was part of the bloody final frontier of the conflict that ended today with Syrian forces announcing that ISIS has been defeated in the country after losing Baghouz.

The ISIS fighters had been given several chances to surrender, instead opting to die as ‘martyrs’.

Soldiers were on the ground on the outskirts of the town when terrorists fired shots at them from a former bank, injuring one solider. 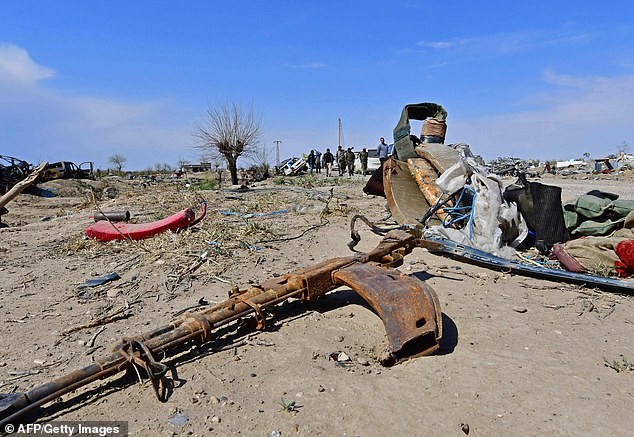 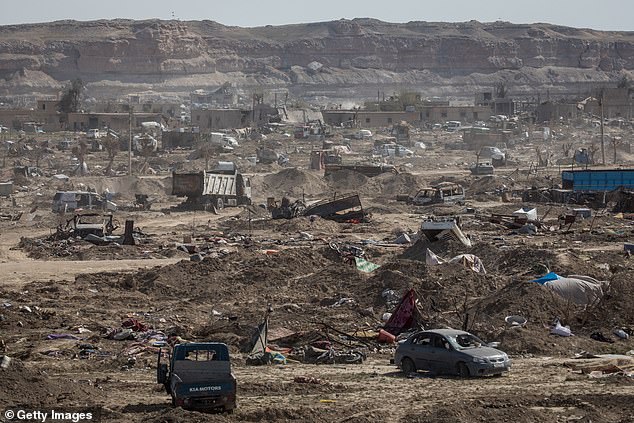 Destroyed vehicles are seen in the destroyed ISIL encampment yesterday

Upon inspection of the scene a few days later, troops found around 30 bodies in the ‘shattered’ building, according to a source.

The source told The Daily Star: ‘After the SAS and Kurdish fighters came under attack, one SAS trooper opened fire with the grenade launcher to allow other members of the patrol to get into cover.’

At least six grenades were fired into the building until it collapsed. 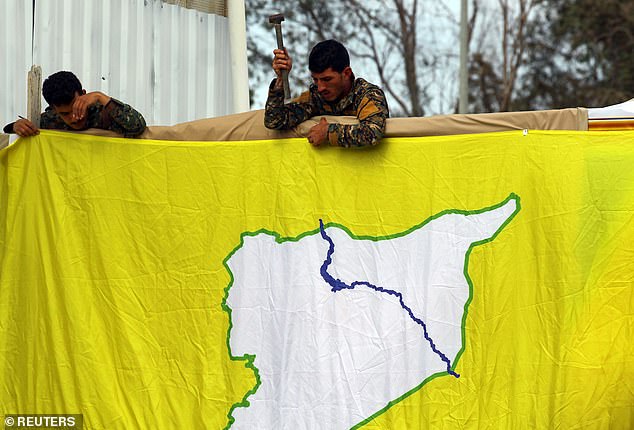 The source added: ‘When Kurdish troops returned a few days later they discovered at least 30 bodies inside the shattered building – all were IS fighters and most had died from shrapnel wounds from the grenades fired into the building.

‘The automatic grenade launcher is a real force multiplier. It allows troops to lay down a massive amount of fire-power very quickly.’