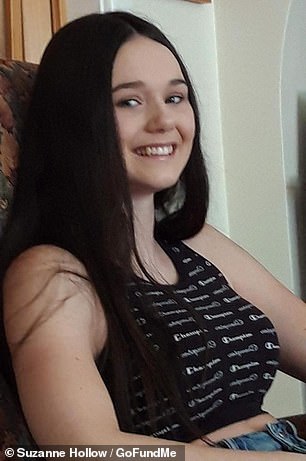 Apryl Scorer, 16, was relaxing on the south coast of France with her family at a campsite they had visited every summer for years when she collapsed and died

A British schoolgirl who collapsed while on holiday was ‘incredibly unlucky’ to have died from an undiagnosed heart condition, a coroner has said.

Aspiring counsellor Apryl Scorer, 16, was relaxing on the south coast of France with her family at a campsite they had visited every summer for years when tragedy struck.

The GCSE student, described as ‘beautiful inside and out’, collapsed unconscious just yards from the pristine holiday spot.

Despite her friend believing she was just tipsy, an hour later she was unable to be revived and her death was declared, to the shock horror of her family, the inquest heard.

A coroner was told that tragic Apryl had an undiagnosed heart condition which caused her death.

He warned members of her family to undergo tests in case the condition was genetic and hereditary.

A fundraising website raised a staggering £10,000 to pay for her funeral.

The 16-year-old had spent her last day day at the swimming pool, enjoying a family BBQ before having a few drinks at the bar with her grandmother while watching a football match, the inquest heard.

Having spent summer holidays at the same spot each year, the talented dancer had a ‘network’ of foreign friends at the campsite.

On August 12 last year, she strolled to the beach to socialise with them before heading to the bar where she became ‘visibly unwell.’

Sitting at Buckinghamshire coroner’s court, assistant coroner Nicholas Graham said: ‘Her friend left the bar with her as she had increasing difficulties speaking and became unable to walk.

‘She sat down 30 metres from the campsite and vomited. She was barely conscious and was placed in the recovery position.

‘A patrol car saw the two girls by the roadside and at 2.56am the French fire brigade took over her care. Despite the intervention she was unable to be revived and a doctor declared her deceased at 4am.’

Despite being described as ‘tipsy,’ a toxicological examination discovered she had a low blood alcohol level. 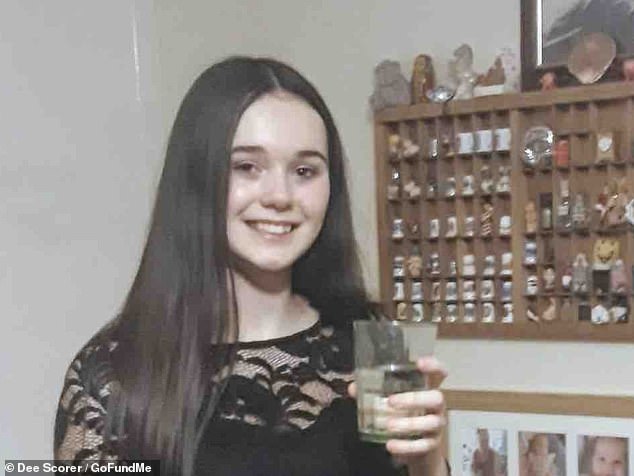 The GCSE student, described as ‘beautiful inside and out’, collapsed unconscious just yards from the pristine holiday spot

Assistant Coroner Mr Graham said: ‘In the toxicology there was nothing to suggest the blood alcohol level was high at all, yet the evidence from investigators suggested she was exhibiting behaviour which may have been because she was drinking.

‘Equally it could have been the effects of her heart condition. I do not think alcohol played a part in the death at all. It was just incredibly unlucky that the circumstances arose that evening. That is not to say that it could not have happened at any time.

‘Because of the pre-existing heart condition, her death was one of natural causes, as tragic as that is for you.’

The coroner recommended that members of Apryl’s family take a genetic test to ensure that the same fate could not happen again.

Sitting in the inquest were 13 members of Apryl’s family and friends. Reading an emotional statement, her mother Nikki said: ‘She was pretty and had lots of friends.

‘She excelled in drama, music and sport and she was not bad academically, but that was superficial.

‘She was so much more than that, she was kind, she was always singing and never stopped talking, even imitating her dad’s dodgy accent. Apryl rarely had a bad word to say about anyone.’

Her death left her loved ones devastated, with a GoFundMe page raising almost £10,000 to pay for funeral costs.

The headteacher of her secondary school said: ‘Apryl, a much respected Year 11 student, died unexpectedly on August 13 2020 whilst on holiday in France with her family and friends.

‘Apryl was bubbly, intelligent and wanted to be counsellor, supporting people with mental health issues.

‘Apryl was an excellent role model; she supported younger students at dance events and worked with senior citizens at our annual pensioners’ Christmas party. Apryl will be missed by everyone that knew her.’