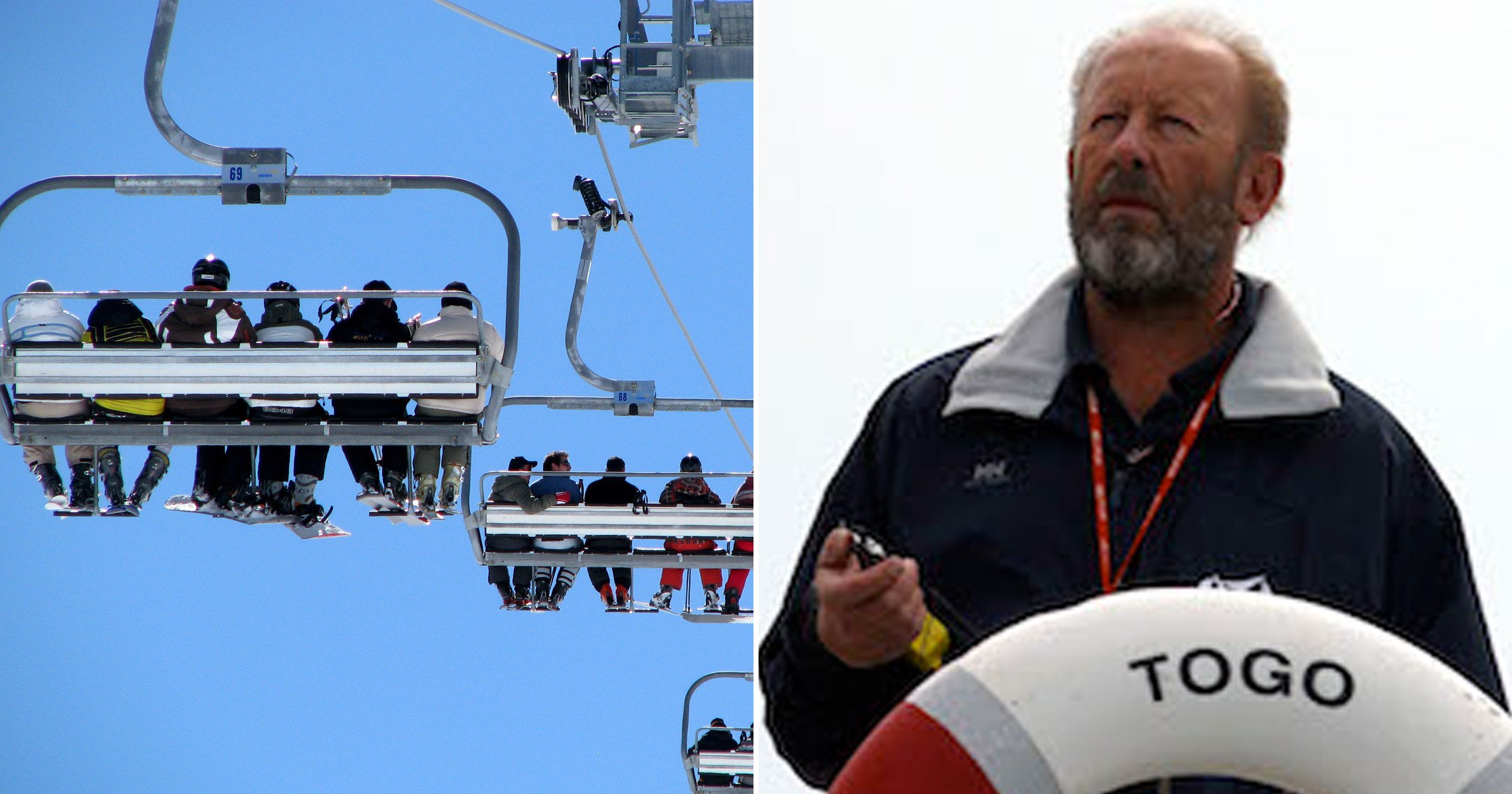 A British skier died who died after falling from a chairlift in the French Alps slipped beneath its safety rail after suffering a medical episode, an inquest has heard.

French doctors said Jeff Martin, 65, who was on holiday with family and friends, suffered either a cardiac arrest or a stroke while on the moving ski-lift at the Meribel ski resort in January 2019.

He fell 10 metres to the ground and was attended to by the resort’s medical staff while paramedics rushed to the scene.

The paramedics successfully resuscitated him but his condition had deteriorated too far and he died shortly afterwards.

A report by French authorities found Mr Martin was sat across two seats of the six-person lift when he fell ill.

The coroner said there was no suggestion the safety bar had been lifted, suggesting Mr Martin must have been sat incorrectly so that the metal strut typically fastened between the legs was instead to his side.

Dr Helen Burns, a retired GP and friend of the victim who was with him on the lift, told the coroner: ‘We were travelling up, and he started to make some very funny noises and the best I can describe it was snuffling sort of sound.

‘We had been talking and suddenly there was this strange noise and I turned to look at Jeff and at that point he went rigid.

‘His legs shot forward and sideways so that his skis came off the bar and he went rigid and threw himself back.

The 65-year-old, an accomplished sailor who helped run international boat races from his hometown of Falmouth, Cornwall, had a history of arterial disease and high blood pressure.

Dr Burns continued: ‘His skis skidded off the footrest and he slid diagonally under the bar. I got my hand to his shoulder and his ski suit just slipped straight out of my hand.’

‘I started screaming at the people in the lift station in my very bad French that Jeff had fallen.

‘They assured me that they already knew that, and the rescue team were already on their way down.’

Mr Martin’s wife Angela said her ‘happy’ husband had not been unwell during the holiday, adding: ‘The one thing I still have a problem with is that you can fall from a chair lift – whether conscious or unconscious – and that all responsibility is loaded on the person who gets on that ski lift.

Recording a conclusion of death from natural causes, coroner Andrew Cox said that any concerns he may have would not matter as British inquest courts do not have jurisdiction over matters in France.