Researchers who polled 2,000 UK adults found they’re fed-up of receiving the likes of quiche, prawn cocktails and spaghetti Bolognese at every get-together. 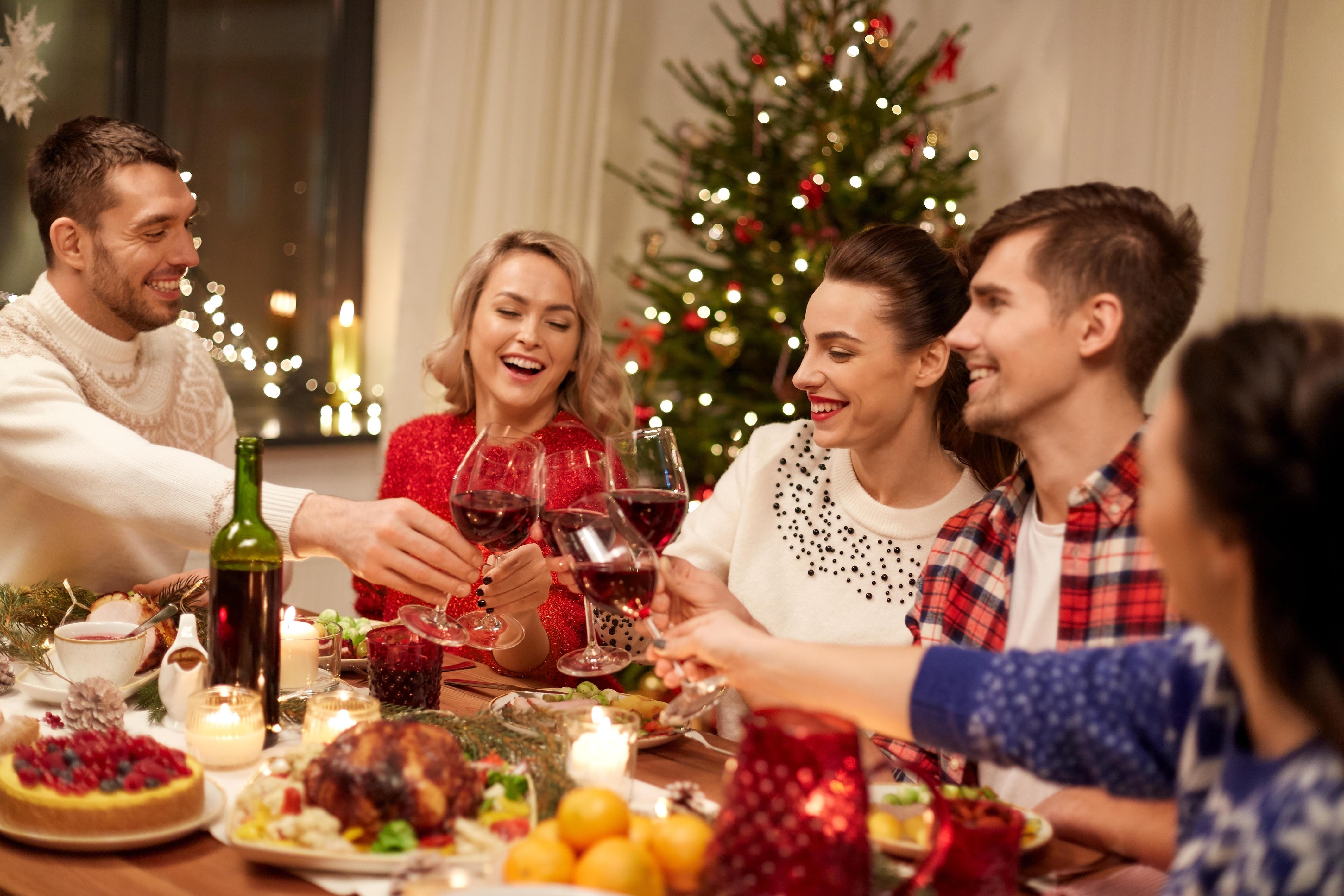 And with many of us set to host social gatherings over the coming weeks, six in 10 are feeling the pressure to impress with their food offerings.

But it’s not for a want of trying, a quarter have gone to ‘great lengths’ to cook something sumptuous only for it to go disastrously wrong – a far cry from the MasterChef creations we drool over.

Perhaps as a result, a third fear they won’t meet their guest’s expectations over the festive period – despite the wealth of cookery shows, social media how-to’s and celebrity recipe books available.

Commissioned by artisanal sharing cider Stassen, the research found the average Brit has just four meals in their repertoire and half would like to freshen it up. 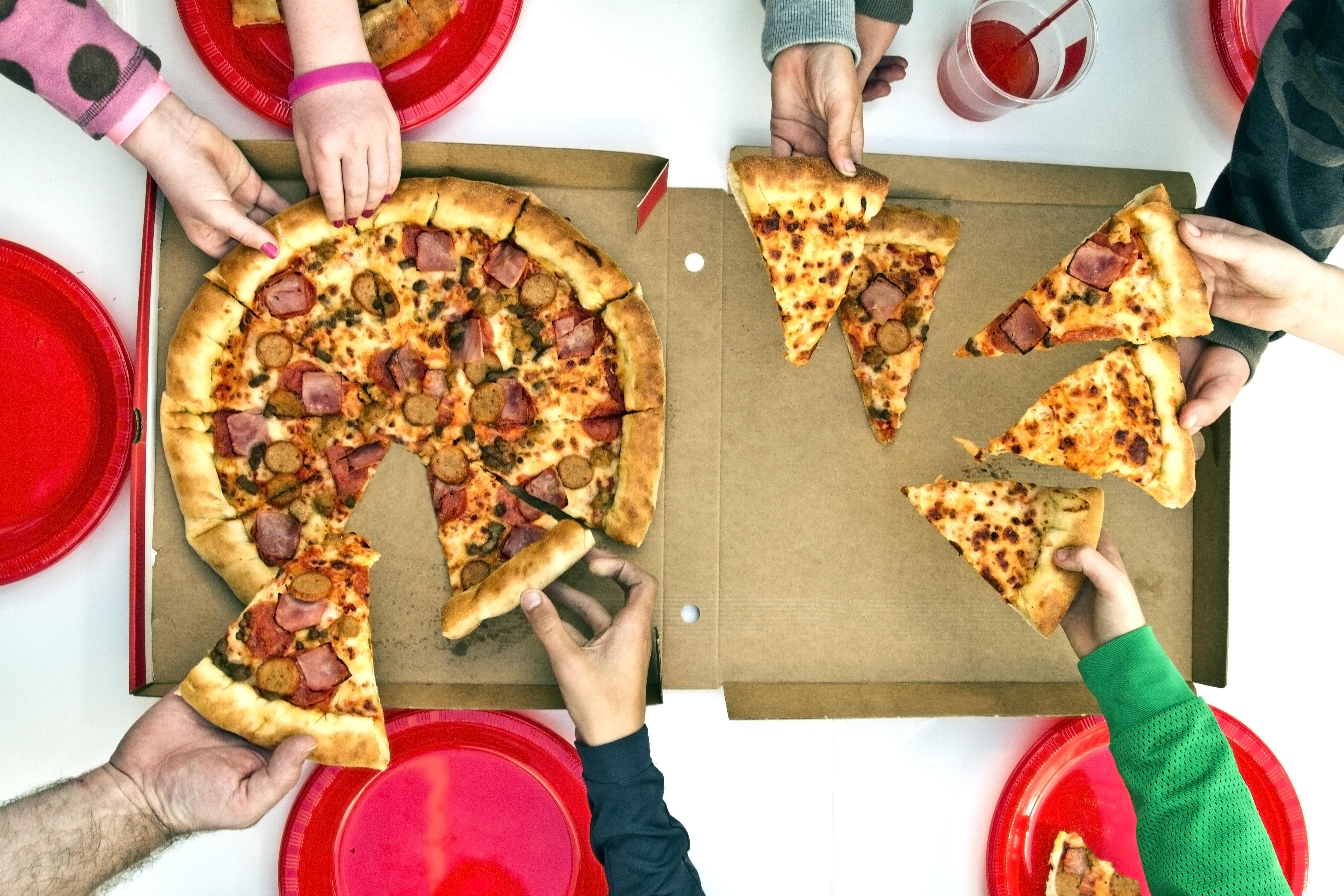 Emma Sherwood-Smith, marketing director for Stassen Cidre, said: “We may be a nation of confessed foodies, scrolling through social media to find inspiration for dishes and trendy pairings, but with busy lives and endless choice.

“So it’s no wonder we return to the comfort of old favourites.”

The research also found a fifth have been so disappointed by their host’s efforts that they’ve picked up a takeaway on the journey home. 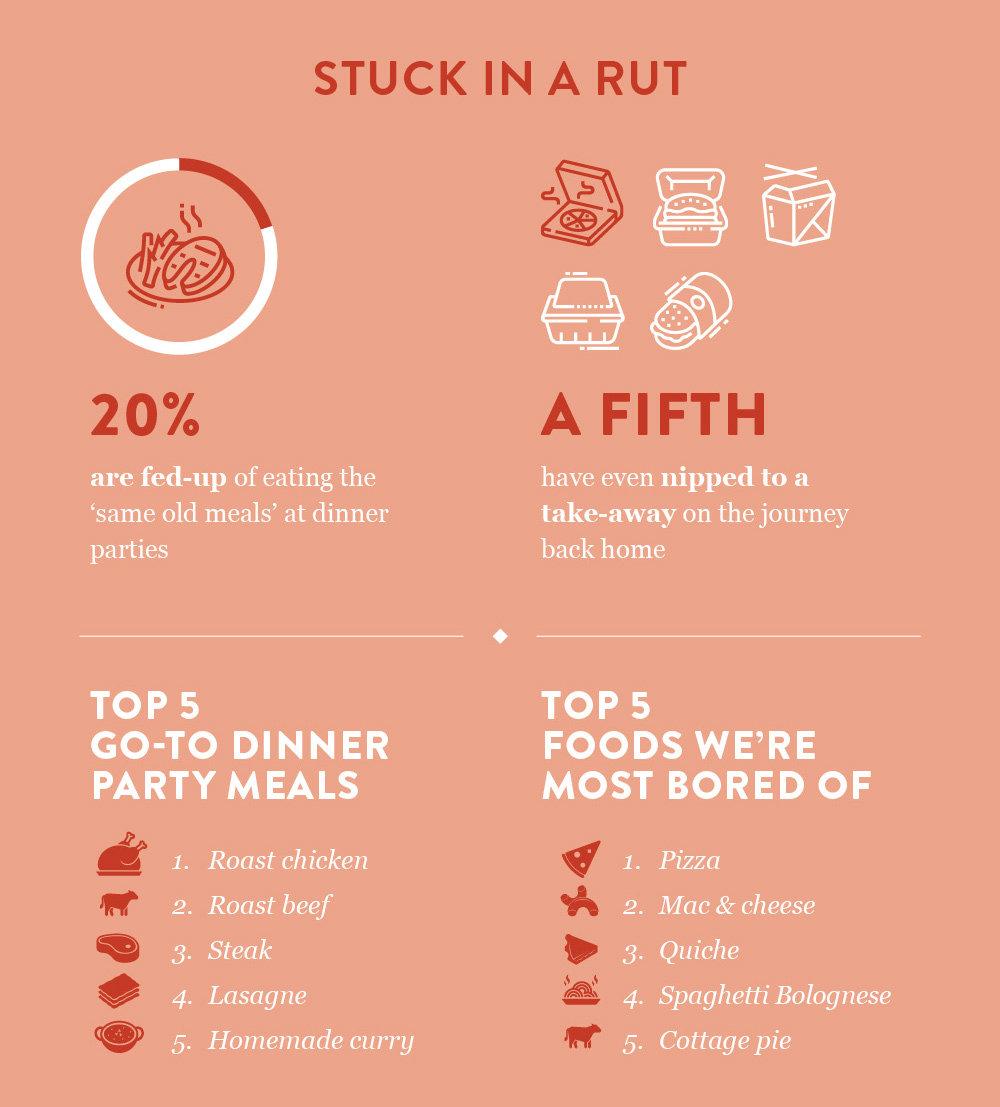 It also emerged, more than half of those polled serve the same tipple at EVERY social gathering – with red (49 per cent) and white wine (54 per cent) the most popular options.

While three in 10 tend to serve select beer and just 10 per cent opt for cider.

And it’s not only the same old food and drink we’re tired of – 36 per cent are sick of the same old conversation too.

Brexit, celebrity gossip and other people’s children are among the topics which tend to make us switch off – alongside football, Donald Trump and babies.

Carried out through OnePoll on behalf of Stassen Cidre, the research found half of those polled consider dinner parties to be ‘samey’.

So perhaps as a result, four in 10 have even resorted to telling fibs in order to prevent dinner parties from falling flat – and to avoid any awkwardness for the host.

The most common lies told include claiming to like the food, insisting they are a fan of the décor, and saying they like the host’s outfit.

However, a quarter of those who have lied at a get together said their fib came back to bite them.

Emma Sherwood-Smith, marketing director for Stassen Cidre, added: “Making one small change can elevate any get together – which is why Stassen Cidre is on a mission to bring something new to our dining tables, especially in the lead up to Christmas and New Year when entertaining is high on the agenda.

“Stassen is made for pairing and sharing with food and really accessible at 7.4 per cent ABV, making it ideal for those mid-week get togethers.

“If you haven’t thought about serving cider at your dinner parties, it’s a simple way to surprise guests and expand your repertoire!”

* Find Stassen Cidre (Cuvée Rose or Brut) at Sainsbury’s, RRP from £5.00 per bottle.

Are you a dinner party host with the most? – to take part in our quiz and find out, click here.