A NEWSPAPER apologised yesterday for reporting the death of a local legend — who is still alive.

The Grimsby Telegraph paid tribute to Jimmy Jackson on its front page. 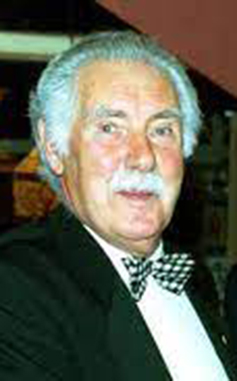 Another page inside was devoted to the 93-year-old’s life, heaping praise on him as founder of Cleethorpes’ Winter Gardens where acts such as the Sex Pistols, The Who and Rod Stewart have performed.

His death was described as “a sad day for Cleethorpes”.

But Jimmy was in hospital after hitting his head in a fall — and very much alive.

The newspaper, owned by Reach Plc, quickly took down reports of his death on its website and published an apology.

It said: “We published this article in good faith on information provided to us which we believed to be reliable.

“We would like to offer our sincere apologies to Mr Jackson, his family and friends for the upset this report caused.”

"We were all in shock. I can’t imagine what his daughter and ex-wife were feeling.”

But one local said: “I hope someone reads the tributes to him — it’d be nice for him to know how loved he is while he’s here to hear it.”