A burglar was captured using his body strength in an inventive way to bust open the back door of a house in Merseyside.

The burglar can be seen sitting on the floor with his balaclava on, jamming his legs against the fence opposite the door while pushing until he breaks it open.

The hooded burglar quickly gets up after doing the damage with his legs and finishes the job by thrusting his shoulder into the door. 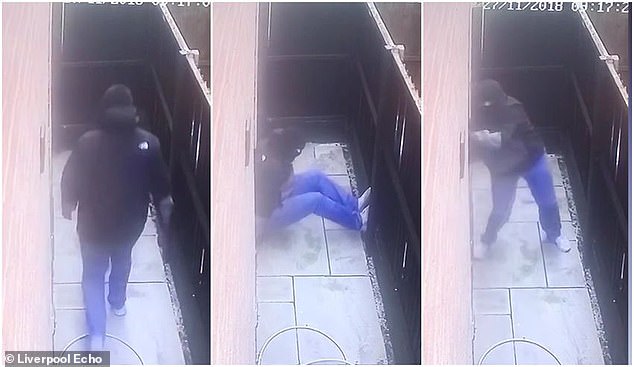 Left: The thief can be seen walking to the door; Centre: He pushes his legs against the fence until his legs straighten and the door gives way; Right: The masked man finishes the job with a shoulder charge 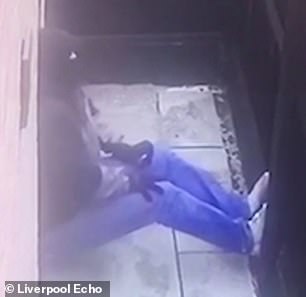 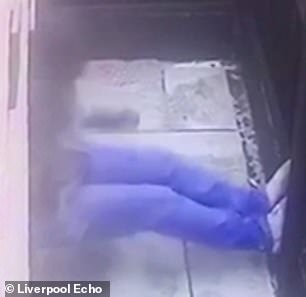 Left: He pushes his legs down hard against the fence; Right: His knees straighten as the door cracks open 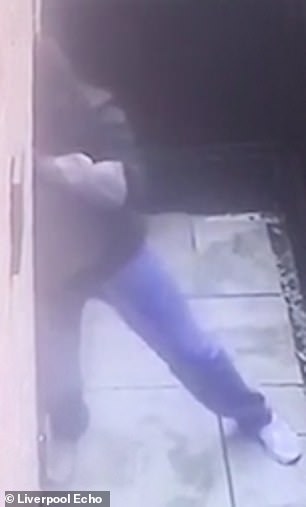 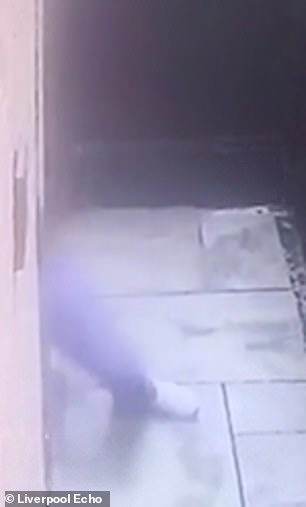 Left: He finishes the job with a more conventional shoulder barge; Right: He falls through the door

He broke in at about 9.15am on Countess Park in Croxteth on November 27.

The home was ransacked and valuables and cash were stolen.

The family, who wish not to be named, are traumatised by the break-in and said it was the first time anything like this had happened in the decade they had lived there.

They believe the way the intruder gained entry could be mirrored on many other newer homes with a similar layout – with a fence next to a side door.

The burglary was reported to Merseyside Police, who are investigating the incident.