Businesswoman who caught her millionaire ex in bed with another woman wins court fight over £2.5m mansion she barred him from visiting with his new lover

A businesswoman who caught her millionaire ex in bed with another woman has won a court fight over the £2.5million mansion she barred him from visiting with his new lover.

Dr Chris Rowland, 65, and business executive Sharon Blades, 63, clashed in court over who owns the ‘large and elegant country house’ which he bought for £1.6million in March 2009 – Tadmarton House, near Banbury.

But Ms Blades was heartbroken a few months later when she discovered he was having an affair and, after he continued to see both women, said she was ‘ripped apart’ after later finding him in bed with her rival, Emmanuelle Duyck.

Their split led to a battle between the former couple at the High Court in London earlier this year, with Dr Rowland claiming sole ownership of the house even though he put it in both of their names.

But claiming half herself, Ms Blades said Dr Rowland had told her he ‘looked forward to growing old with her’, claimed her QC, Thomas Roe, and she herself told the court: ‘We were going to retire there’. 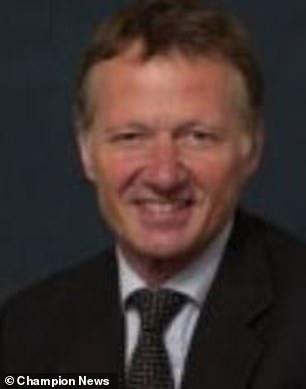 Dr Chris Rowland (pictured), 65, and business executive Sharon Blades, 63, clashed in court over who owns the ‘large and elegant country house’ which he bought for £1.6million in March 2009 – Tadmarton House, near Banbury

Judge William Hansen has now ruled that Ms Blades has an equal share of the mansion, leaving her ex to pick up lawyers’ bills totalling more than £200,000 for the week-long case.

He said Dr Rowland would ‘regret his generosity,’ having contributed the entire purchase price for the house but put it in the ex-couple’s joint names.

The court heard Dr Rowland and Ms Blades, who works at a senior level in the semiconductor industry, started their relationship in 2006 and decided to buy a country house to use as a weekend and holiday retreat.

They were both charmed by the sprawling Tadmarton House, set among 24 acres in Oxfordshire, and planned to grow elephant grass in the adjoining fields as a sideline.

But in November 2009, Ms Blades found out her lover had taken up with another woman, Ms Duyck, explained her barrister, leaving her wrecked emotionally and marking the beginning of the end for their relationship.

Dr Rowland acknowledged he had carried on seeing both of them for some months and that he was ‘not proud of that fact’.

‘But I was emotionally attached to both women and each of them wanted me to choose between them, and I had real trouble making that choice,’ he told the court.

Judge Hansen, ruling in the dispute, told the court: ‘[Dr Rowland] continued to see both women for more than a year, but in the early part of 2011, Ms Blades dropped in unexpectedly at his flat and found him in bed with his new partner.

‘There was an altercation that resulted in Ms Blades accepting a police caution for assaulting the new partner and Dr Rowland accepting a restraining order preventing contact with either woman for four weeks.’

Dr Rowland claimed that after Ms Blades discovered his affair in 2009 she began barring him from Tadmarton House, said the judge.

‘He said he was prohibited from going to the property with the new partner.’

There was a brief reconciliation between Dr Rowland and Ms Blades in the summer of 2015 when they spent time at Tadmarton House, but it proved short-lived, said the judge. 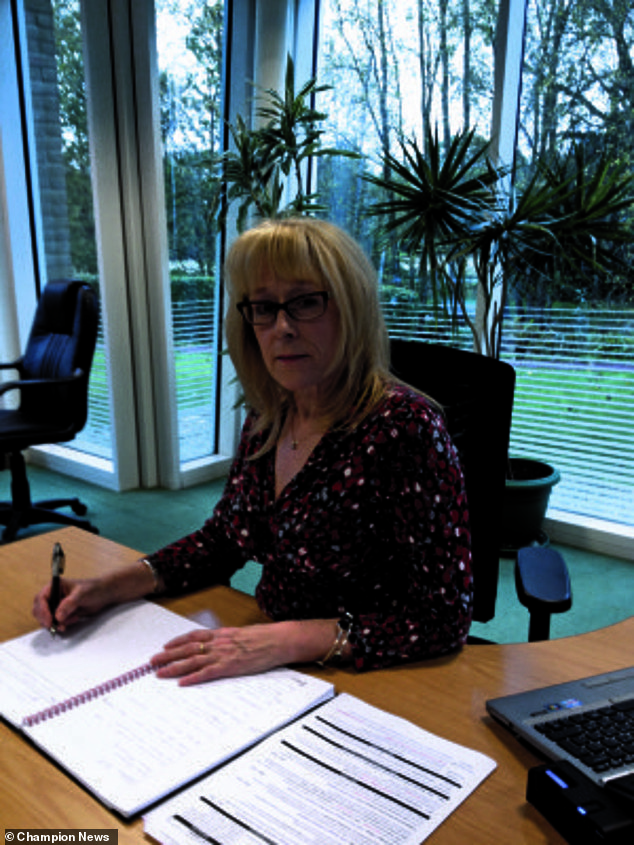 But Ms Blades (pictured) was heartbroken a few months later when she discovered he was having an affair and, after he continued to see both women, said she was ‘ripped apart’ after later finding him in bed with her rival, Emmanuelle Duyck

And 12 years after buying the dream Cotswold mansion, Dr Rowland took his ex to court, asking Judge Hansen to rule that the house belongs to him alone, and to award him £371,000 in back rent for the time he was excluded from the house.

Ms Blades fought his claim on grounds that the house was in both their names and she always believed she had an equal stake in the property, also highlighting a June 2011 email from her ex which read: ‘I’ve no intention of trying to take it away from you – it’s at least as much yours as mine’.’

‘I thought we were buying the property together,’ she told the court.

However, Dr Rowland said Ms Blades always understood that he effectively owned the home, although both their names were on the deeds and she would have the right to live there for life.

There was, he claimed, a clear understanding that the property was to be held on trust for his daughter, Hanna, so that she would ultimately inherit it.

He claimed that from late 2009 Ms Blades ‘vetoed’ his use of the property in the company of his new companion, Ms Duyck, and made clear he wasn’t welcome in his own home.

Ms Blades accepted not having contributed to the purchase price but said she had spent lavish amounts on the house in later years, and told the court: ‘I gave him emotional support and I helped financially where I could’.

As for claims that she barred Dr Rowland from the property, she explained: ‘He was welcome any time’.

But she added: ‘I do agree that I said he should not bring Emmanuelle Duyck down. 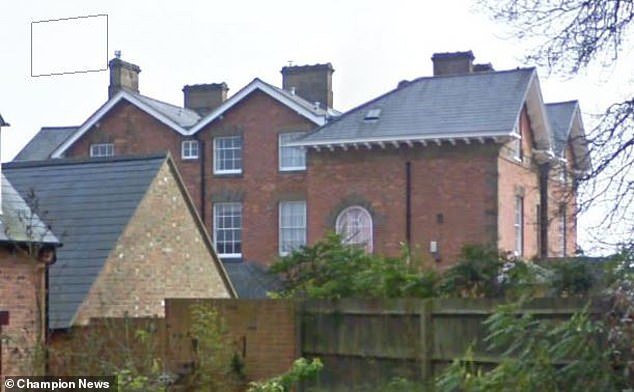 ‘That was for a couple of years but after that I didn’t care who he was with.’

After nearly a week in court, Judge Hansen ruled against Dr Rowland on the key issue of ownership, ruling that Tadmarton House is held jointly by him and Ms Blades.

The judge said: ‘I have no doubt that he regrets his earlier generosity, but I am satisfied that nothing he did or said at the time to either Ms Blades or (his solicitor) could or would have caused either of them to think that he intended anything other than that which is to be deduced objectively from his conduct – namely an intention that he and Ms Blades would own the property jointly at law and in equity.’

He acknowledged: ‘In one sense the outcome is a harsh one for Dr Rowland, who contributed the whole of the purchase price in acquiring a country house to be used as a weekend and holiday retreat by a couple who each had their own properties and who never saw fit to pool their resources.’

But the effect of the joint ownership of property form signed by both had clearly confirmed their intentions to buy as ‘joint tenants’.

The judge went on to award Dr Rowland £59,958 in back rent from Ms Blades because she ‘effectively’ barred her ex and his new partner from the villa between November 2009 and November 2015. Dr Rowland said he stopped seeing Ms Duyck in October 2015, said the judge.

In her evidence Ms Blades ‘made it plain from November 2009 that the new partner would not be welcome’, said the judge, which in practice made it hard for Dr Rowland to visit his own home.

Back in 2010 Ms Blades had also written to Dr Rowland explaining that: ‘I’d rather you sell it and have nothing than have the risk of her going up there’.

‘It was ”our” place and if nothing else I’d like to keep that memory even if I don’t physically have it or am able to be there anymore’.

And Judge Hansen said he was ‘satisfied’ that for a six-year span between 2009 and 2015 Ms Blades ‘used the property to the effective or constructive exclusion of Dr Rowland – at least as far as weekend usage is concerned’.

The judge ordered Dr Rowland to pay 90 per cent of Ms Blades’ court costs, which her lawyer Simon Lillington estimated at around £180,000, on top of his own.