The founder of Reopen California Schools, Jonathan Zachreson, said that it’s “astounding” that a total of 92,455 in-person school days in Los Angeles County were lost during a period of just over a month in the fall due to quarantine measures and that it all “could have been avoided” had school officials not tried to take public health into their own hands.

The CDC released an evaluation of different quarantine measures used by schools in Los Angeles County on Friday, and revealed that massive numbers of students were able to stay in school due to a strategy called “Test to Stay.”

According to the evaluation, the “Test to Stay” strategy allows unvaccinated students who are exposed to someone infected by the coronavirus to stay in school, as long as they properly wear a mask and undergo two coronavirus tests per week. The exposed student also must remain asymptomatic.

Schools that did not use the “Test to Stay” strategy, according to the study, lost a total of 92,455 in-person school days during the Sept. 20 through Oct. 31 period when students were in quarantine.

A student waits to receive the COVID-19 vaccine at the Woodrow Wilson Senior High School in Los Angeles, California.
(Getty)

“I don’t know why they weren’t doing that to begin with,” Zachreson said. “All of this shows what we’ve parents have been advocating since last summer is that it’s safe to be at school. Schools should have never closed. And it’s that, you know, government officials have taken a year and a half to get to a point that we should have been, you know, at the opening of schools in 2020,” Zachreson said.

Zachreson said that the number of missed school days is “astounding” and “could have been avoided.”

“We’ve been advocating for kids to stay on campus in California. And actually, our health guidelines do allow a kind of test to stay approach,” Zachreson said. 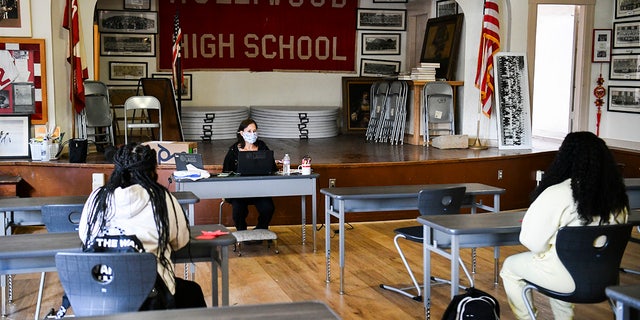 According to School Innovations & Achievement, a company that tracks attendance, an analysis completed for the California Department of Education revealed that chronic absenteeism increased by over 15% from 2019 to 2021.

Zachreson believes that “Test to Stay” should have been used in the fall of 2020 to keep kids in school, and says that things need to return to normal now.

Despite the strategy being permitted by the Los Angeles County Department of Public Health, only 21% of schools used it. In total, 432 out of the 2,067 schools within the county used the “Test to Stay” strategy.

However, he believes that part of the problem is that schools are making public health decisions that, in some cases, go beyond what’s recommended. 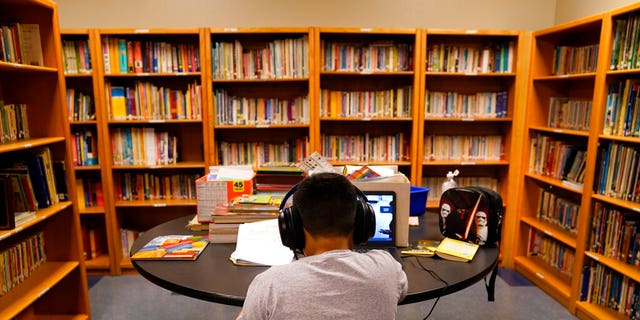 “They’re being allowed to do this and get away with it and keep these kids out of school, and unnecessarily after, you know, in many cases, these kids were out of school all last year,” Zachreson said.

Zachreson suggested that those in California state leadership positions make a statement asking schools to follow the “Test to Stay” guidance.

“The California Department of Education or leaders of the state, the state legislature, even Governor Newsom could just issue a statement that says, ‘Hey, stop quarantining, kids. Follow this test to state guidance,’ at least asking, and they’re not even bringing it up,” Zachreson said.