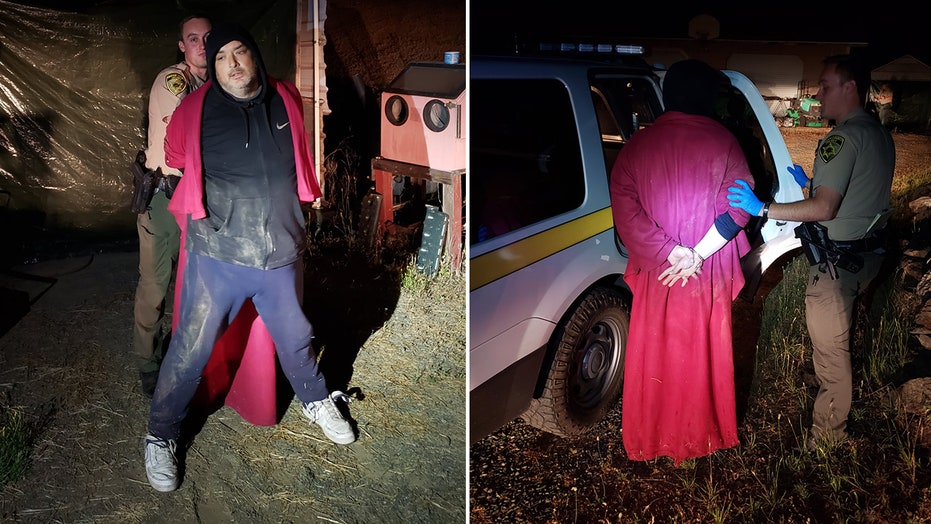 A California man wearing a red cape was arrested Monday night after smoking methamphetamine and breaking into a home, authorities said.

Erik Willden, of Stockton, broke into the home of a wheelchair-bound senior citizen just before 9 p.m. and began acting erratically, the Amador County Sheriff’s Office said.

The homeowner armed himself with a handgun and called 911.

“And they said, ‘Can you describe him?’” Steve, the 72-year-old homeowner and retired fire captain, told FOX40 Sacramento with a hint of laughter. “’Yeah, pretty good-sized guy in a red cape.’” 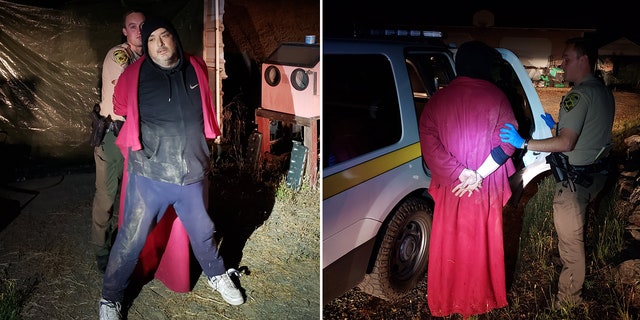 Willden was arrested and admitted to smoking methamphetamine six hours before he broke into the home of a wheelchair-bound senior citizen on Monday night, authorities said.
(Amador County Sheriff’s Office)

He described how the intruder appeared confused while speaking to him.

“‘I want a place to stay. I want to sleep in your house. Where is Louis?’” Steve recalled the intruder saying. He also quoted Willden as saying, “‘I work for the government. I used to kill people.”’

While he was armed with a handgun, Steve told the station that he didn’t want to use it. Instead, he said that he kept the intruder focused on “Louis” and convinced him to search outside.

The sheriff’s office said that after Willden was persuaded to leave the home, responding deputies arrived and found him wearing what appeared to be a red cape and stealing items from the homeowner’s detached garage.

After being detained, Willden admitted to smoking methamphetamine about six hours before the incident, the sheriff’s office said.

Willden was booked into the Amador County Sheriff’s Office Jail for burglary, and being under the influence of a controlled substance.