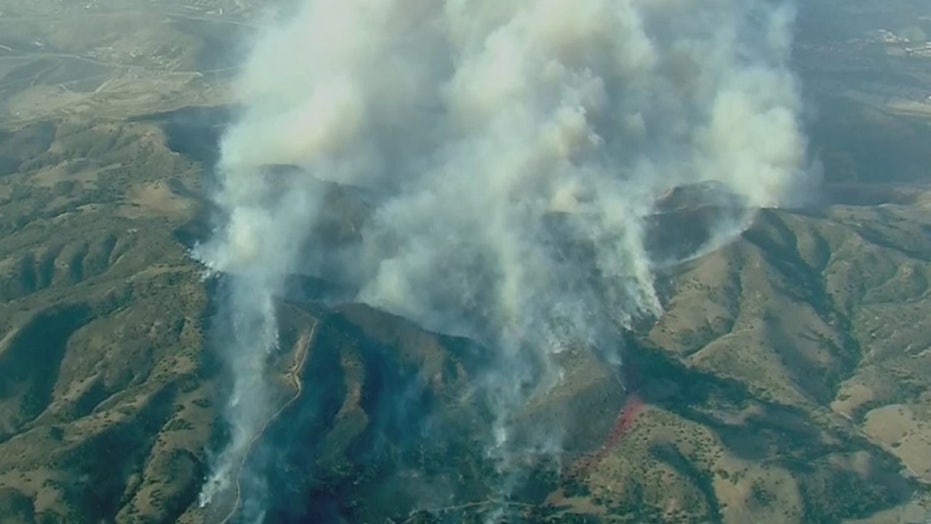 Janice Dean has your FoxCast.

Tens of thousands of residents in Southern California were ordered to evacuate on Monday as a wildfire exploded while the region faced gusty Santa Ana Winds.

The Orange County Fire Authority (OCFA) said that mandatory evacuations were issued in the Irvine area due to the Silverado Fire. The blaze started around 6:47 a.m in the area of Santiago Canyon Road and was reported to be around 10 acres, according to the city of Irvine.

"The fire started in Silverado Canyon, and helicopters and fixed wing aircraft are on the way," Irvine Mayor Christina Shea said in a news release. "The wind is making it move very quickly."

In a matter of hours, the blaze exploded to at least 2,000 acres, Cal Fire said. 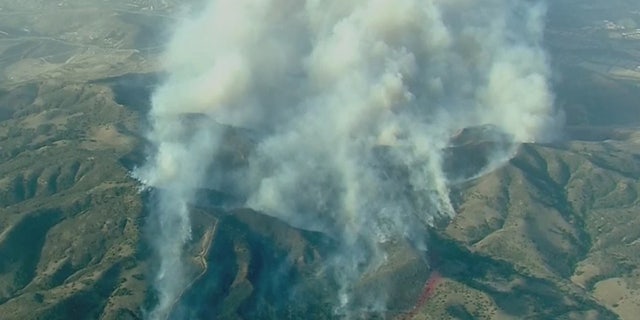 The OCFA said that approximately 60,000 people are evacuating the Irvine area, and that flames jumped the 241 Freeway.

The California Highway Patrol announced there are closures on area roadways due to the blaze.

SANTA ANA WINDS: WHAT ARE THEY?

The smoky fire in Orange County has quickly threatened neighborhoods in Irvine, a sprawling city of about 280,000 people.

Mandatory evacuation orders are in place for residents in the Orchard Hills community on Irvine Boulevard from Jamboree to Bake Parkway.

COLORADO WILDFIRES HIT WITH SNOW IN 'WELCOME SIGHT' FOR FIREFIGHTERS

Kelsey Brewer and her three roommates said they decided to leave their townhouse before the evacuation order came in. Due to the pandemic, they decided to go to the home of her girlfriend’s mother, who has ample space and lives alone.

“We literally talked about it this morning,” Brewer told the Associated Press. “We can only imagine how screwed everyone else feels. There’s nowhere you can go to feel safe.” 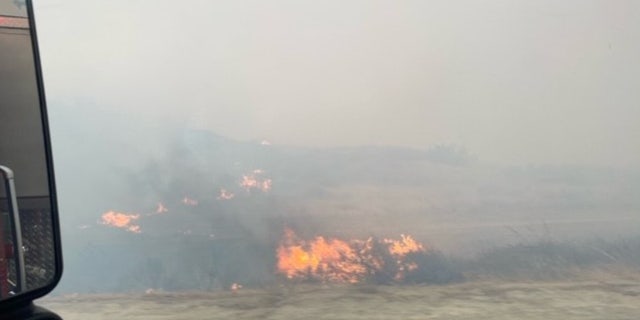 Around 60,000 residents have been ordered to evacuate due to the Silverado Fire.
(Orange County Fire Authority)

It’s not clear what started the Orange County fire.

The fire was expected to continue growing rapidly due to a Santa Ana wind event that's currently bringing gusty winds to Southern California as the region faces dry conditions that allow for rapid fire spread.

On Monday morning, winds were gusting 50-55 mph in the area, FOX11 reported.

The fire danger is critical to extreme from California to the Southwest with dry conditions, warm temperatures, and gusty winds through the next few days. 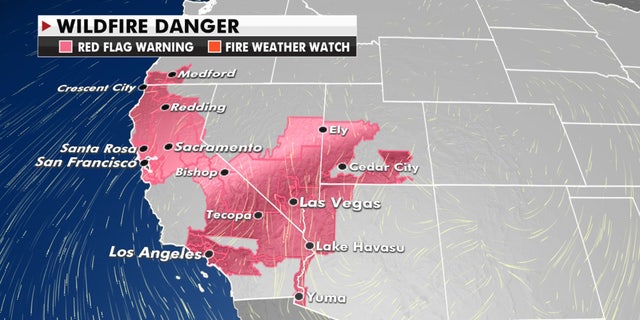 Fire flag warnings stretch through the West and California on Monday due to critical to extreme fire danger.
(Fox News)

Santa Ana winds will affect Southern California, with winds that could also cause downed trees and power outages.

The winds are associated with the blast of arctic air bringing the snow to the nation's midsection. Widespread wind and red flag warnings are in place.

Critical conditions are also expected across Northern California, with fire danger lasting through Tuesday. The nation's largest utility has cut power to over 361,000 customers in that region to prevent wildfires from being started by electrical equipment that has been damaged in the winds.