Husband of Cambridge graduate, 33, who died from bowel cancer just weeks after tying the knot urges people to support lifesaving research with Stand Up To Cancer campaign

The husband of a young bride who died from bowel cancer just weeks after her wedding day has urged people to support lifesaving research.

Angus and Victoria Hall-Hulme first met after recognising each other from a dating site. In late 2020, while walking through London’s Hyde Park, their eyes met.

Afterwards, she got in touch.

The pair fell in love and enjoyed a blissful wedding in Chelsea on August 4 this year. Just four weeks later, Mrs Hall-Hulme died. She was 33. 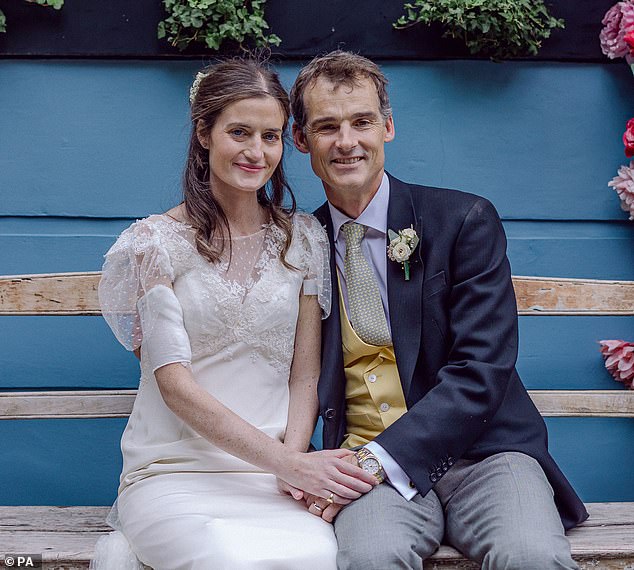 Victoria Hall-Hulme’s family are supporting the Stand Up To Cancer campaign from Cancer Research UK and Channel 4, to build on the huge fundraising efforts Mrs Hall-Hulme made before her death 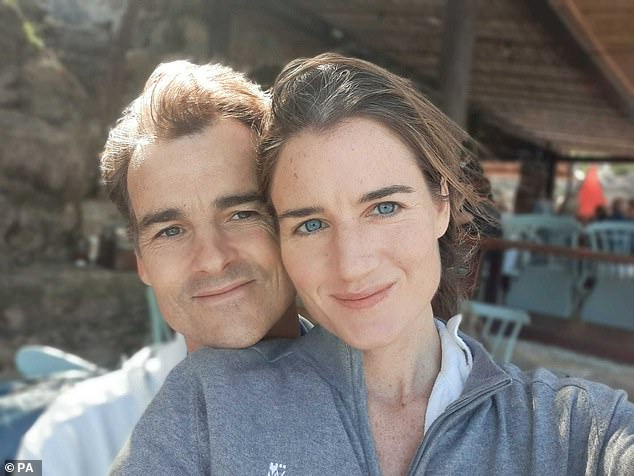 Mrs Hall-Hume died just weeks after her wedding to Angus Hulme this summer. She had been diagnosed with bowel cancer after two weeks of cramps and weight loss

Mrs Hall-Hulme, who had a first-class degree from Cambridge and a career in venture capital, had been diagnosed with bowel cancer just a year earlier after suffering two weeks of abdominal cramps, a little weight loss and fatigue.

Speaking earlier this year, the bride said the diagnosis ‘was so terrifying’ that her reaction was to push her new boyfriend away.

‘Why would anyone want to go out with someone with cancer?’ she said.

‘But Angus kept coming back. He was my new best friend and so supportive.’

Surgeons removed her tumour but in March this year, scans revealed the cancer had spread.

‘All my plans for having children, starting an awesome new job, all the things we strive for when we assume a long life, were scuppered, just like that,’ she said.

During the summer, in hospital, she and her partner had a late-night talk. 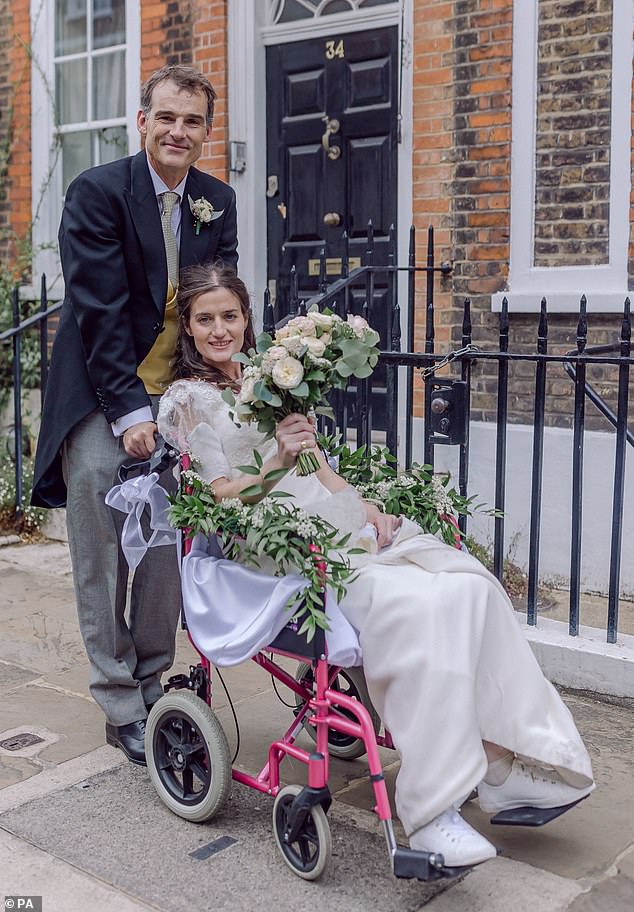 Mrs Hall-Hume, who had a first-class degree from Cambridge and worked in venture capital, organised the wedding in six weeks from her hospital bed 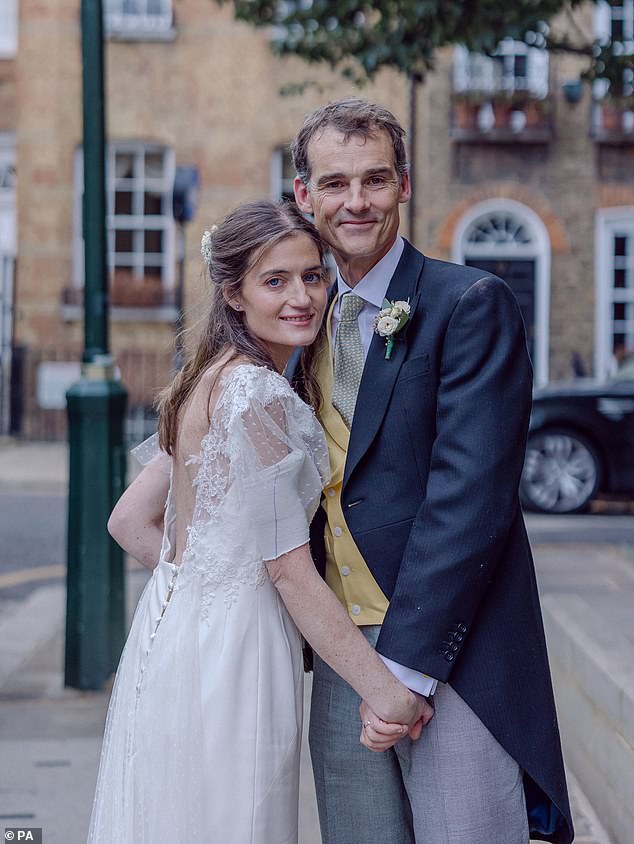 She passed away in September following a ‘magical’ wedding. Her husband, Angus, and her family are helping to continue her fundraising efforts 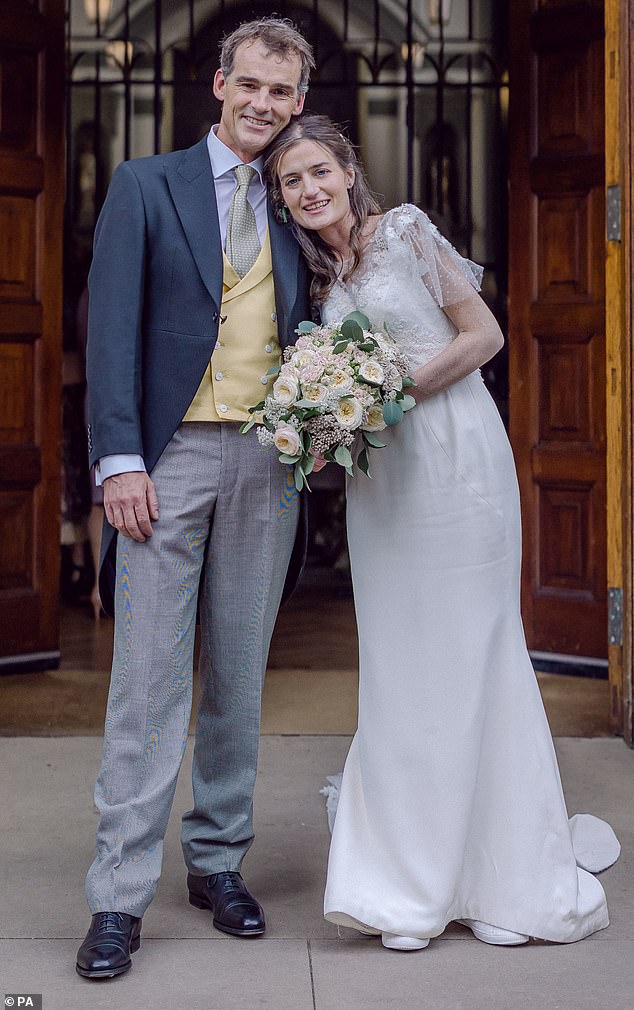 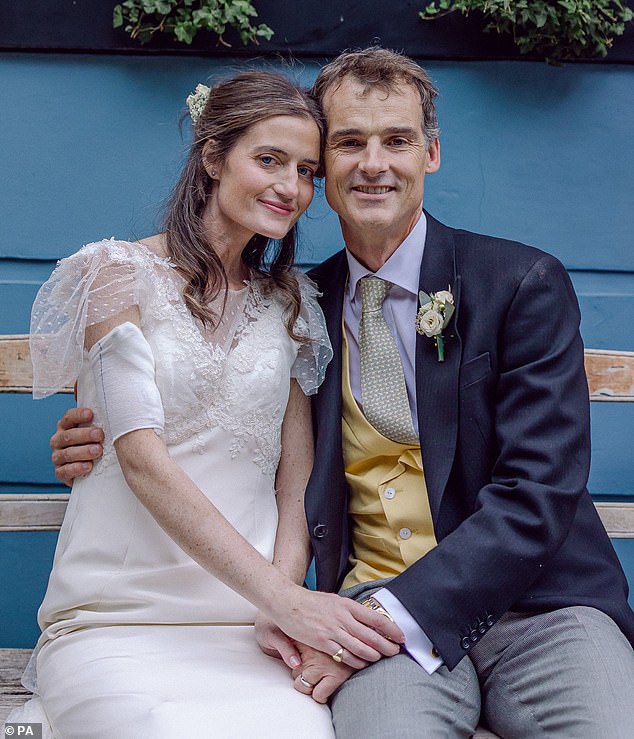 Angus, 49, encouraged others to ‘unite against’ cancer and said of his young wife: ‘Victoria was a beautiful, fit young woman with a boundless enthusiasm for life’

‘He said he would rather spend months with me in his life than years without me in it,’ she said. ‘I said “If I ever get out of here, will you marry me?” and he said “Of course.”

‘I felt that when I leave this world, I could go knowing I had been fulfilled.’

She organised a ‘magical’ wedding in six weeks from her hospital bed. On September 2, she passed away.

Now her family are supporting the Stand Up To Cancer campaign for Cancer Research UK and Channel 4, to build on Mrs Hall-Hulme’s fundraising before her death.

Angus, 49, said: ‘Victoria was a beautiful, fit young woman with a boundless enthusiasm for life.

‘Cancer can affect anyone’s life, at any time, so we really have no choice other than to unite against it and help support scientists to keep making new discoveries.’