In an attempt to quell criticism, the government of Cameroon continues to shut down social media and messaging apps. 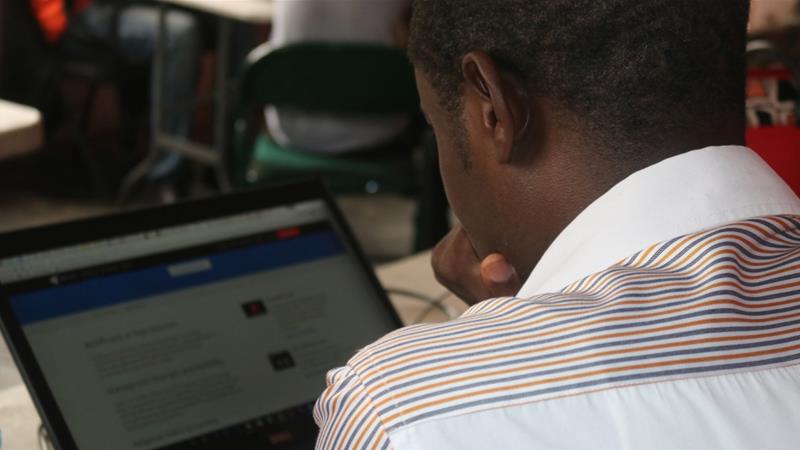 For people in the English speaking parts of Cameroon, free speech on the internet has become all but impossible.

Authorities in the country’s Anglophone region have blocked access to social media and messaging apps for almost four months in an ongoing attempt to quell criticism aimed against the government.

It is the second internet shutdown within a year in the West African nation.

“Cameroonians have come to expect internet restrictions when they voice their dissent against the government; they have accepted this has become a way of life,” Judith Nwana, a US-based Cameroonian human rights activist with a background in telecommunications, told Al Jazeera.

“When it first happened, we were all taken unaware because we never imagined that this could happen in Cameroon. Then there was the gradual acceptance that the crisis was threatening the government and we were living in an oppressive regime,” she added.

That first shutdown happened in January 2017, after Anglophone teachers, lawyers and students went on strike over alleged bias in favour of Francophones.

The Anglophones claimed they face discrimination and that they were excluded from state jobs as a result of their limited French language skills.

“Then, the government took the extreme measure to shut down the internet completely,” he said.

The first shutdown lasted 93 days, from January to April 2017.

“It was devastating. People didn’t know how to work around it,” Judith Nwana said, adding that the whole society was affected; education, money transfers, healthcare and businesses all relied on internet access, which was now shutdown.

Eventually, internet access was restored in April after international pressure from, among others, the United Nations and Pope Francis.

However, in October a second, more targeted shutdown was enacted after renewed protests in the Anglophone areas.

But by this time, many Cameroonians were prepared, using VPN services to circumvent the blockade.

“Unfortunately, VPNs are expensive and not everyone can afford one or had budgeted for one. Regardless, businesses, the tech industry, healthcare and education are seriously affected,” Nwana said.

One of those affected businesses belongs to Mambe Churchill Nanje, a software engineer and CEO and founder of Njorku, a search engine that allows people all over Africa to look for jobs.

Nanje is based in Silicon Mountain, a tech-hub based and around in the city of Buea, which was hit hard by both shutdowns.

“They not only affected me and my business, but the whole of Silicon Mountain,” Nanje told Al Jazeera.

“It has pushed out a lot of the talent [at Silicon Mountain]. They had to leave because they can’t work. They either moved to other parts of Cameroon or out of the country,” he said.

As the shutdowns continued, many Cameroonians were forced to travel back and forth to regions with internet access to conduct business or access vital information.

“They came together and formed an internet refugee camp along the border with the littoral region, where others could come and get internet access from the neighbouring region,” Nwana said.

The first shutdown alone cost the country at least $38m, Nwana added. The effects of the second blockade are not as severe economically, but Nwana emphasised there is more than just monetary loss.

“Shutting down social media sites is akin to shutting down the internet. It’s how people communicate today. Cases have been recorded of people missing deadlines or scholarships and opportunities when the information is put on social media,” she said.

“Those in Anglophone Cameroon don’t get to see this, which reinforces the feeling of marginalisation and discrimination,” Nwana added.

Micek echoed Nwana’s sentiment, saying the economic effect is big but also not the only thing that is lost because of these shutdowns.

“The Silicon Mountain region is a hub of innovation and that has suffered enormously. Besides, the economy is integrated, so getting services from the Silicon Mountain area is gonna be hard, wherever people are in the country, either in the Anglophone or Francophone regions,” Micek said.

“And this blockade prevents not just Cameroonians but all of us from accessing businesses, personal stories and other rich content from these areas in Cameroon,” Micek said.

“The whole world suffers because of these shutdowns.”