Radical plans from health officials to lock down care homes at the peak of the outbreak were rejected my ministers, it was reported last night.

The Public Health England proposals are said to have suggested staff could move into homes temporarily and residents could be isolated in Nightingale hospitals.

Officials said ministers should consider using ‘NHS facilities and other temporary accommodation to quarantine and isolate residents’ and look at ‘whether staff can move into the care home for the next four weeks’.

But the 11-point plan for ‘a further lockdown of care homes’, shared with ministers on April 28 when virus cases in homes were at their peak, was not implemented by the Government, The Guardian reported.

PHE officials said staff moving into care homes to avoid bringing in the virus – as has happened voluntarily at some homes anyway – would be a ‘high impact’ move. 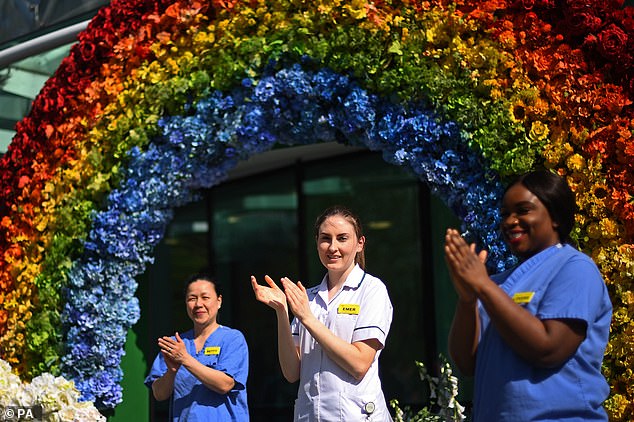 Care homes have increasingly become the epicentres for deaths linked to Covid-19 across the UK, with the toll standing at more than 10,000 in England (file image, NHS nurses and occupational therapists at University College Hospital, April 23) 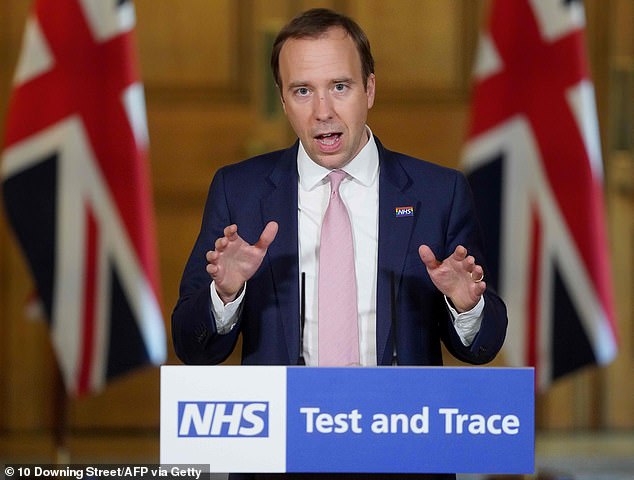 Downing Street received the 11-point plan proposing ‘a further lockdown of care homes’ from PHE on April 28. The moves were not included in the action plan unveiled by Health Secretary Matt Hancock

But the Government is said to have rejected the proposal, concluding not all care homes could offer suitable accommodation to staff.

Instead, guidance says only carers ‘who proactively choose it should be offered accommodation on site or in hotels’.

Another proposal to use NHS facilities to isolate care home residents with symptoms – including at NHS Nightingale hospitals, some of which have now been closed after barely being used – was also reportedly rejected.

Ministers said many Nightingale sites were not suitable for providing care to the elderly and instead told councils to ‘ensure there is sufficient alternative accommodation as required to quarantine and isolate residents’.

A Department of Health spokesman said: ‘We have worked tirelessly with care homes to reduce transmission and save lives, and almost two-thirds have had no outbreaks at all. We announced £600million to help tackle the spread of coronavirus, including by limiting staff movement between care homes.’

Care homes have increasingly become the epicentres for deaths linked to Covid-19 across the UK, with the toll standing at more than 10,000 in England.

The moves were not included in the action plan unveiled by Health Secretary Matt Hancock.

All staff and residents are also now able to get coronavirus testing regardless of whether they have symptoms, and ministers have battled to get the protective equipment needed to slow the virus’s spread.

Office for National Statistics figures for England and Wales show the proportion of deaths taking place in care homes has risen every week.