Farrah Taylor was walking home from work in Hull when she was approached by a bearded man in a tracksuit who trailed behind her before asking her for the time. 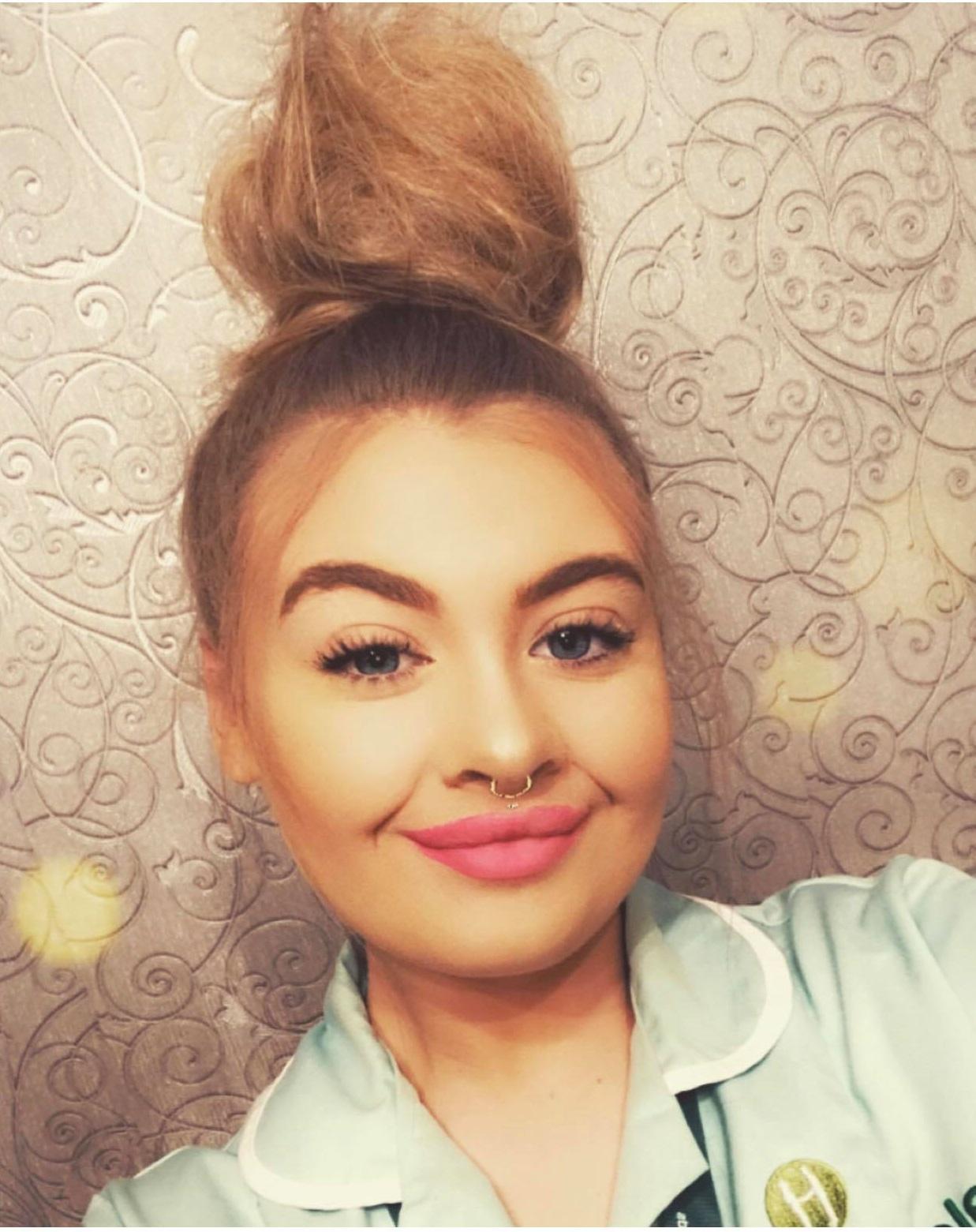 He then tried to snatch her phone and bag out of her hand – before Farrah kicked him in the groin in self defence.

"I screamed as loud as I could and kicked him in his private bits so I could run away from him," she told the Mirror Online.

"I’m not sure if I did hurt him, but I was scared. I didn’t know what would happen. It was dark and I was walking home."

"It's made me more aware. I'm fine, just shocked." 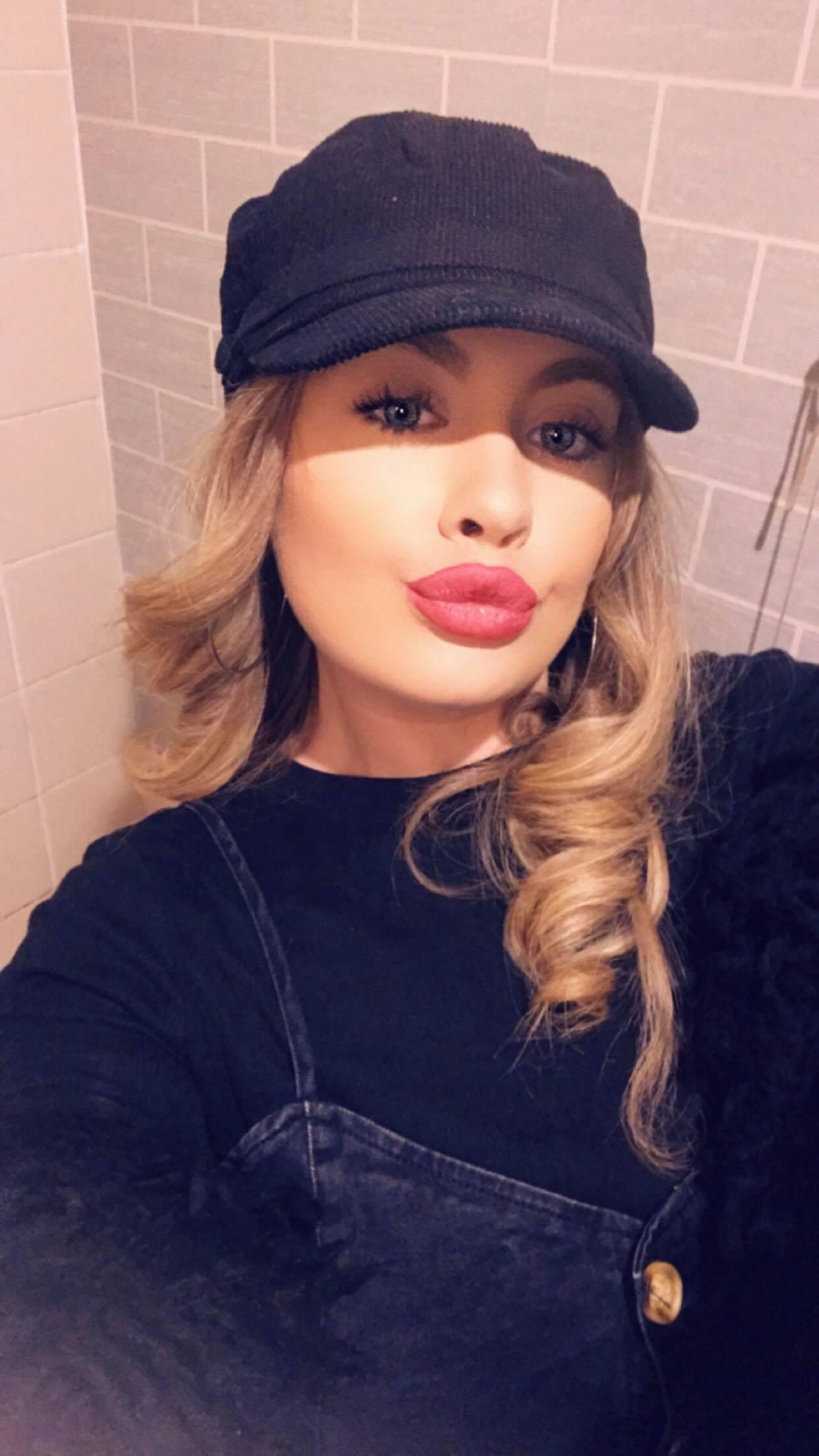 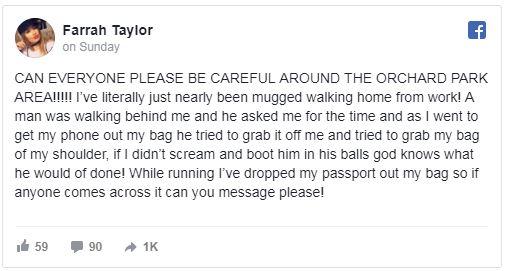 Farrah dropped her passport from her bag as she ran terrified from the city's Orchard Park area at around 6.45am on Monday morning.

She reported the incident to Humberside Police and issued a warning on Facebook that has already been shared more than 1,000 times.

"If I didn't scream and boot him in the balls god knows what he would have done!" 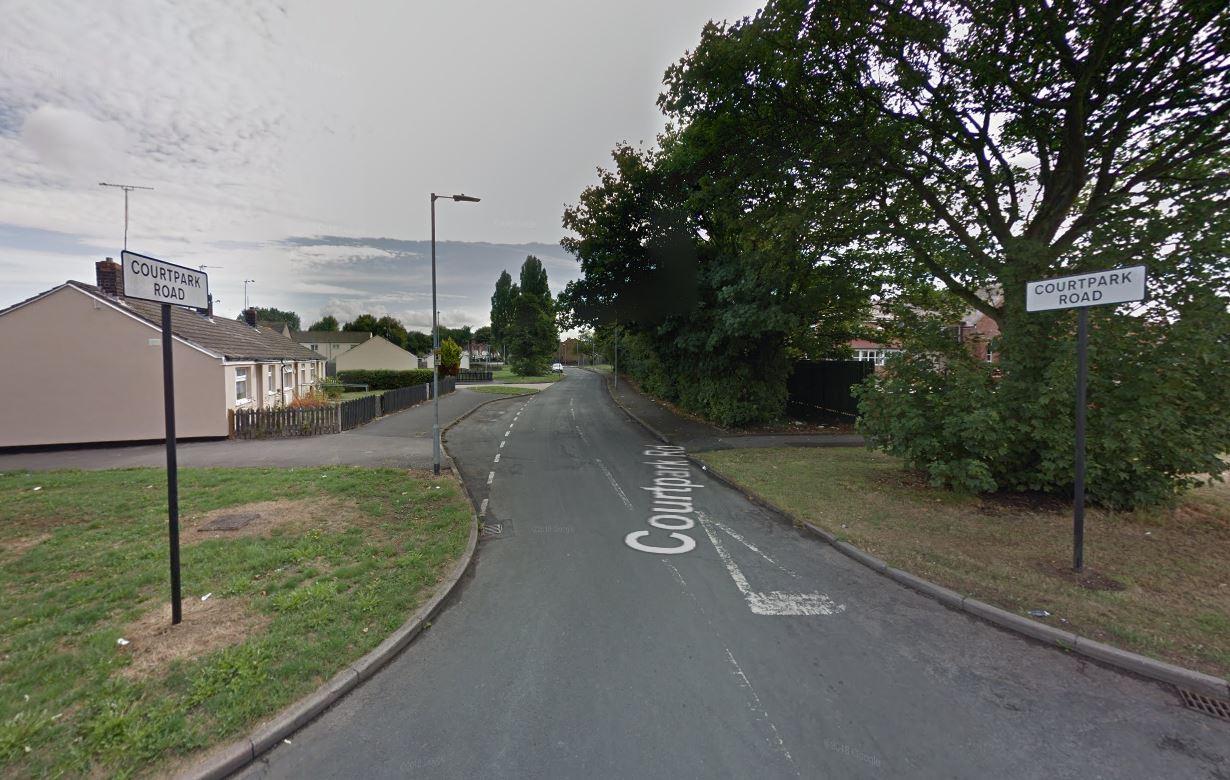 A number of concerned social media users responded to the warning, praising her courage.

One wrote: "Omg hope you are OK, well done on fighting back you brave lass."

While another commented: "Good girl showing him not to mess with you. Hope you're ok and make sure you report it."