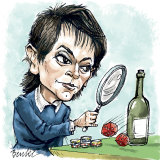 Talk about rising out of the ashes. Annette Kimmitt AM has staged a phoenix-like resurrection after her hasty exit as MinterEllison chief executive and managing partner.

One year ago, MinterEllison chairman David O’Brien and his board “mutually agreed” with Kimmitt, a non-lawyer, that she would leave the law firm after she sent an all-staff email critical of a senior partner for giving advice to then-attorney-general Christian Porter about a 1988 rape allegation (emphatically denied by Porter).

O’Brien emailed staff: “We look forward to continuing with our 2025 vision, putting our clients, communities and people at the heart of all that we do.” Well, our people (minus Kimmitt) to be accurate.

Kimmitt had sent staff an email critical of veteran partner Peter Bartlett for not consulting before providing advice to Porter. (Disclosure: Bartlett sometimes provides legal advice to this column, but not this edition).

The chief executive had also apologised to staff who may be experiencing pain over “the nature of this matter” and said that she too had been “triggered”. Turns out several senior partners were triggered by Kimmitt’s email, and she had soon agreed to walk out the door.

Now the “leading business executive” is taking up reins, somewhat surprisingly, as the chief executive of the troubled Victorian Gambling and Casino Control Commission, which has been widely criticised for its lax oversight of Crown Casino. Throughout her career, Kimmitt has earned a reputation as a passionate advocate for gender equity, diversity and inclusion. We can’t wait to see how that plays out inside the regulator – equal opportunity gambling losses for all?!

And hasn’t The Squad got together to shower her in congratulations.

Julia Banks, the politician without portfolio (or indeed a parliamentary seat ) was quick off the mark, offering her sincerest congratulations.

“Having admired your formidable talent and ethical, authentic leadership from afar – it was such a pleasure to meet and spend time with you in Canberra at the Press Club event last month. Brava on this appointment !!”

Ex-ABC deputy chair Kristin Ferguson, scribe of this newspaper’s Got A Minute column and our favourite career advice columnist (for once we are not being flippant) also congratulated Kimmitt.

Christine Holgate, the ex-boss of Australia Post, now installed as chief executive at Toll Global Express and keen as mustard for Alan Joyce’s job at Qantas, according to some, was so excited she couldn’t even type straight: “Huge Congratulations Annette we are so prouf (sic) of you!”

Not so effusive, a comment on Kimmitt’s LinkedIn page from an unknown person who labelled themselves: DontComeBackToMinters – Relieved Partner. Some people.

One of its first elite properties the agency is proudly flogging is 1/131 Walsh Street, South Yarra. The three-bedroom, three-bathroom, four car spaces contemporary residence has a guide price of $7.5 million to $8 million. The blue-chip Melbourne boulevard of Walsh Street over the years has been the address of film director Fred Schepisi, businessman Leigh Clifford, apartment developer Michael Yates and the Rupert Murdoch-adjacent Calvert-Jones family.

Interestingly, it is Jacobs and Fletcher who are the agents for this property, not Mr Melbourne Gibson himself. Turns out, that’s because the vendor is none other than Kim Gibson, his wife.

Forbes is spruiking the high-end complex, which was designed three years ago by architects Carr Design with Jack Merlo landscaping the gardens. Turns out, the developer on that project was yes, Gibson himself.

Regular devotees of the comings and goings on the nearby Domain Road restaurant strip can rest assured Gibson will not be giving up his coffee perch outside Gilson’s any time soon. Turns out The Gibsons own another property in the same complex and are thus staying put.

Bondi power shul Central Synagogue hosted local MP Dave Sharma on Friday evening for a L’Chaim – or a toast – prior to its usual Shabat service. The Wentworth MP was the guest of honour at the establishment temple which includes the likes of mega-developer Harry Triguboff, fashion designer Camilla Freeman-Topper and bi-coastal A-list actor duo Sasha Baron-Cohen and Isla Fisher in its congregation. But as is the way with the uber-connected temple, the pollie’s star was quickly overshadowed by the recent return of one of its own. Westfield founder Frank Lowy – freshly returned from Israel – quickly stole the limelight at the L’Chaim along with his son Steven Lowy. Turns out Sharma and Lowy Sr crossed paths during Sharma’s tenure as Australia’s Ambassador to Israel from 2013 to 2017. Lowy jetted into Sydney during the week and made the special effort to get to the temple to see his old acquaintance.

Among her many fine attributes, Labor senator Kimberley Kitching was good at drinking. We know this because she told us this herself when bestowing on us the honour of inviting us out for one. Sadly, her death last week from a heart attack meant that social occasion was never to be.

Kitching had appeared in this modest rectangle several times, most recently when she was bitten on the hand by a brown snake in Brimbank Park last December while aiding her beloved pooch Nancy-Jane. The dog was a cavoodle she named after former American first lady Nancy Reagan and US post-war actress Jane Wyman – the second and first wives of former American president Ronald Reagan.

In honour of the patriot and stout rejector of cultural relativism, China hawk and Francophile, this column shall be putting on some red lippy, popping some champagne and toasting the exquisiteness of liberal democracy, even while sadly she won’t be able to join us.