The Chancellor has said he is ready to take ‘targeted’ measures to help businesses get through the coronavirus outbreak as he prepares to deliver his first Budget amid the crisis.

Rishi Sunak suggested his financial plan would now focus on the ‘economic security’ of the country, as he warned that the economy could suffer a ‘supply shock’ if lots of people fall ill.

Mr Sunak, who has been in office for less than a month, said he was ‘not daunted’ by the challenge of protecting the UK’s finances in the event of a major Covid-19 outbreak.

Instead, he told the Sunday Telegraph, the country is ‘well prepared’ and would ’emerge on the other side stronger’. 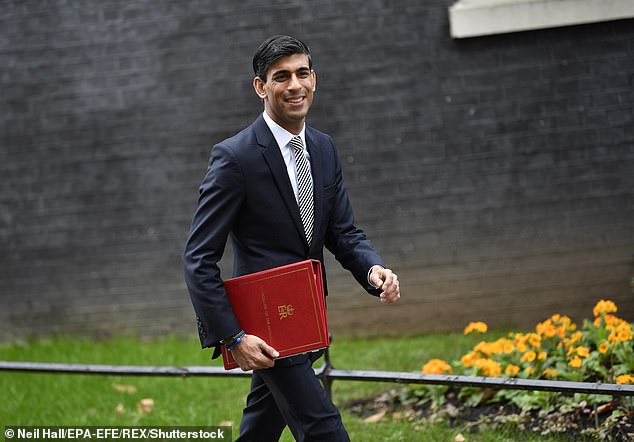 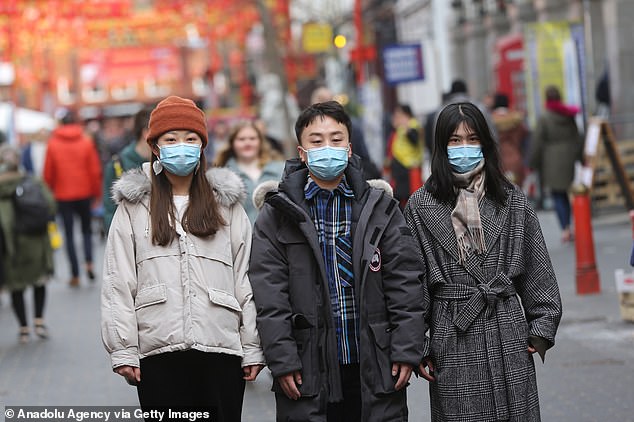 People wear medical masks as a precaution against coronavirus in central London, England on Saturday

Outlining his plan to help businesses cope with the virus, the MP for Richmond said: ‘You have to look at the nature of what the economic impact might be, so that we can design an appropriate response.

‘The main issue is lots of people might be ill, and therefore not be able to be at work. And that impacts the productive capacity of your economy if you’ve got a manufacturing plant and they can’t make their widgets.’

He added: ‘We need to look at what are the interventions that we need to help bridge a difficult period. That’s where we might look at some targeted options to help ease the strain on cash flows for a certain period to help them get through to the other side.

‘Obviously, alongside the supply shock there will likely be an impact on demand if people are at home.’

Mr Sunak also told the paper that he was ‘looking at’ objections to transaction taxes such as stamp duty, an apparent hint that the levy could be changed in future budgets.

And he said that he wanted ‘lower rates of tax’ during his time in office.

Elsewhere, the Treasury said Mr Sunak is set to double funding for flood defences to £5.2 billion in Wednesday’s Budget. 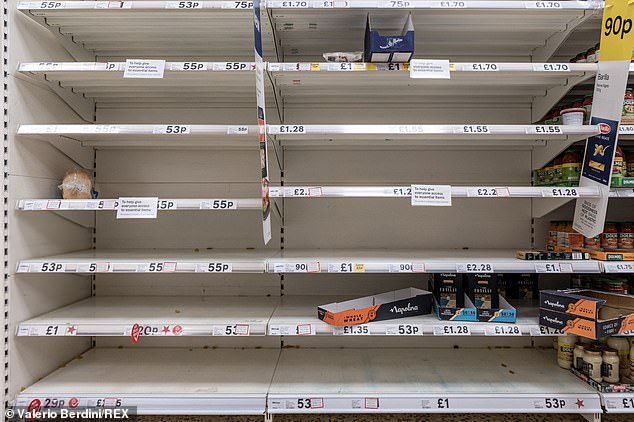 With the coronavirus emergency and the fear of restrictions people are stockpiling and emptying supermarket shelves (pictured, empty shelves at a supermarket in Milton, Cambridge)

The investment will help to build 2,000 new flood and coastal defence schemes and better protect 336,000 properties in England over the next six years.

He said communities in Britain have been ‘hit hard’ by severe flooding this winter, saying it is ‘right that we invest to protect towns, families, and homes across the UK’.

The funding – which doubles the £2.6 billion spent on flood defences between 2015 and 2021 – is expected to be targeted in every region, and will be available from next April.

The Chancellor said: ‘This Budget will be about delivering on our promises to the British people, and levelling up all parts of the UK is a big part of that.

‘Communities up and down Britain have been hit hard by the floods this winter – so it is right that we invest to protect towns, families, and homes across the UK.’

The UK has been battered by a string of storms over recent months, leading to severe flooding across the UK – particularly in Wales, south Yorkshire and the Midlands.

The Chancellor is also set to announce a £120 million winter defence repair fund to fix assets damaged in the recent storms as quickly as possible when he delivers his first Budget.