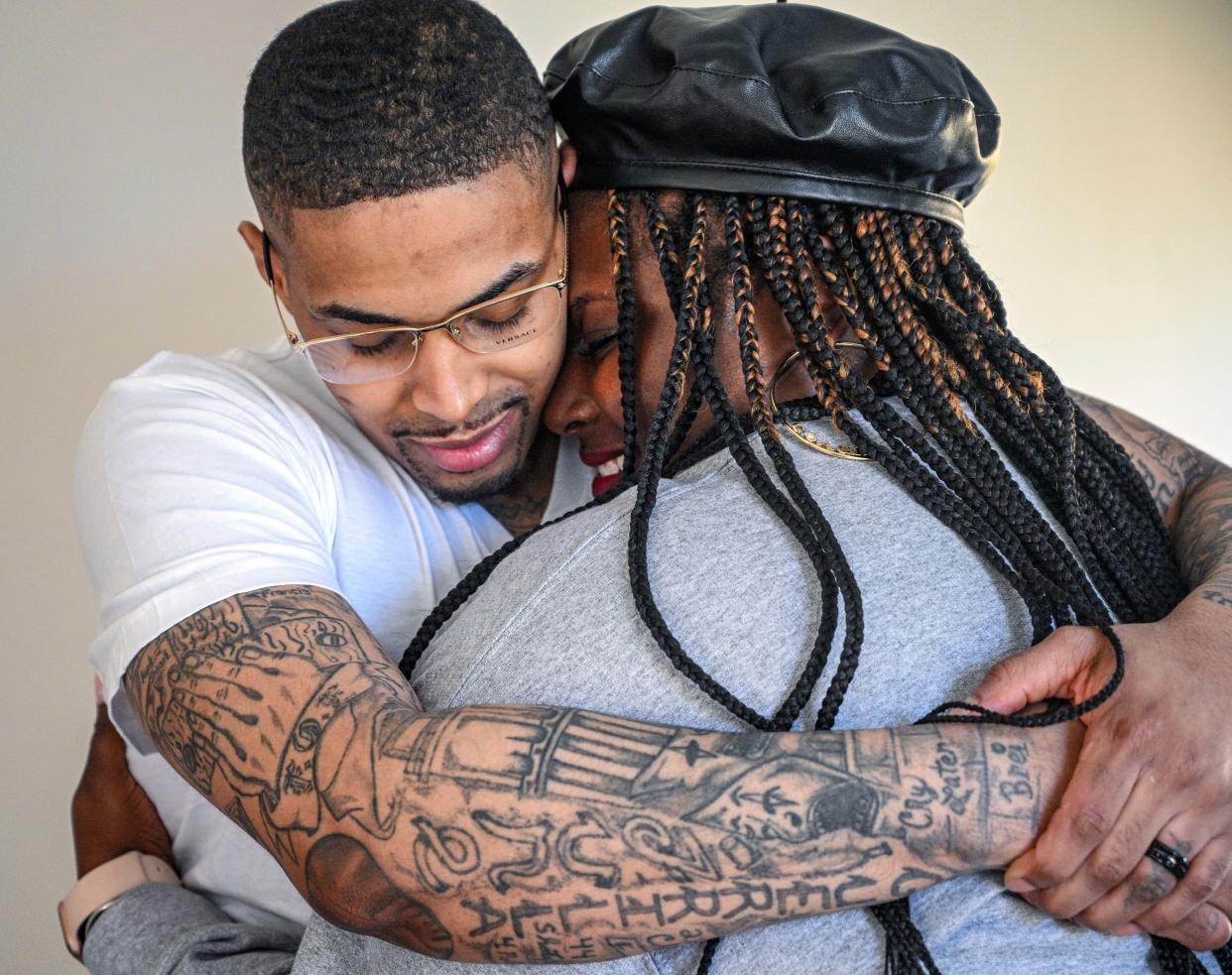 A Baltimore man accused of killing a security guard in 2015 was freed and had all charges dropped against him after he stood trial four separate times for the crime, Baltimore’s new top prosecutor announced Friday.

Keith Davis Jr., who survived being shot multiple times by police when they arrested him, was accused of fatally shooting Kevin Jones, a security guard at the Pimlico Race Course. Davis maintained his innocence throughout the controversial case that raised questions about the conduct of police and prosecutors.

“Today’s dismissal is about the prosecutorial missteps of my predecessor in her pursuit of a conviction at all costs,” said Baltimore State’s Attorney Ivan Bates, who took office this month.

How Keith Davis was tried 4 times on the same charges

The dismissal of charges comes as Davis was awaiting a potential fifth trial on the murder charge.

Davis stood trial for armed robbery in 2016 and a jury found him not guilty on all counts except one: illegal possession of a handgun. He was charged days later with Jones’ murder, with police saying his gun matched bullet casings from the shooting scene.

The first murder trial in 2017 ended in a mistrial with a hung jury, Baltimore Magazine reported. A second trial in 2018 ended in a guilty verdict, which was overturned because prosecutors didn’t disclose a key witness’ background, according to the magazine and the website Free Keith Davis Jr. The third trial, also in 2018, ended in another mistrial. Davis was found guilty in his latest trial in 2019, but that conviction was also overturned on appeal in 2021.

CURTIS FLOWERS CASE: How a Mississippi man was tried six times for the same murders

It’s not the only time a murder suspect has been tried multiple times on the same charges. In another recent high-profile case, Mississippi man Curtis Flowers was tried six times for the same killings of four people, with the last conviction being overturned by the U.S. Supreme Court. He was freed in 2019 after spending 23 years in prison and a judge ruled he should receive half a million dollars, the maximum compensation for someone wrongfully imprisoned in the state.

Arrest and shooting by police

The victim, Jones, was shot on June 7, 2015, at the Pimlico track in northeast Baltimore. Hours later, a cab driver flagged down police and said someone had tried to rob him at gunpoint.

Police identified Davis as their suspect and chased him through the streets, cornering him in a garage and shooting at least 33 times at him. He was struck three times, including in the face.

Jones’ arrest and shooting prompted backlash, being the first shooting by police of a Black man in Baltimore since the 2015 death of Freddie Gray, a Black man whose death in police custody sparked protests in the city.

In his statement Friday, Bates said he tasked a deputy with reviewing Davis’ case, excusing himself from the case because he talked about it while campaigning for his current seat.

“It is clear that a blatant disregard for the rules of professional responsibility and the law has permeated throughout the attempted prosecutions of Mr. Davis,” said Deputy State’s Attorney Thomas Donnelly.

After the latest conviction was overturned, prosecutors charged him with attempted murder in a different stabbing, prompting a Baltimore judge to find a “presumption of vindictiveness” behind the prosecution. Those charges were also dropped Friday.

The judge also at one point held Mosby in contempt for violating a gag order in the case.

Jones’ grandmother, Earlene Neals, told The Associated Press she felt blindsided and heartbroken by the news, adding that she was skeptical another suspect would ever be identified.

“Our family is destroyed,” she told AP by phone. “Kevin is getting no justice whatsoever — none.”

Neals accused Bates of using the case for political gain.

“I fully recognize the pain and anguish that repeated unsuccessful prosecutions have caused the victim’s family, and I truly sympathize with them,” Bates said in a statement. “Still, as State’s Attorney, I have a duty to ensure justice for all, not just the victim but also the accused.”