A CHEF yelled "your baby's on the floor" after he found a two-year-old girl lying seriously hurt after falling from a Blackpool hotel window this morning.

The toddler was rushed to Alder Hey Children's Hospital in Liverpool with a reported fractured skull and chest injuries. 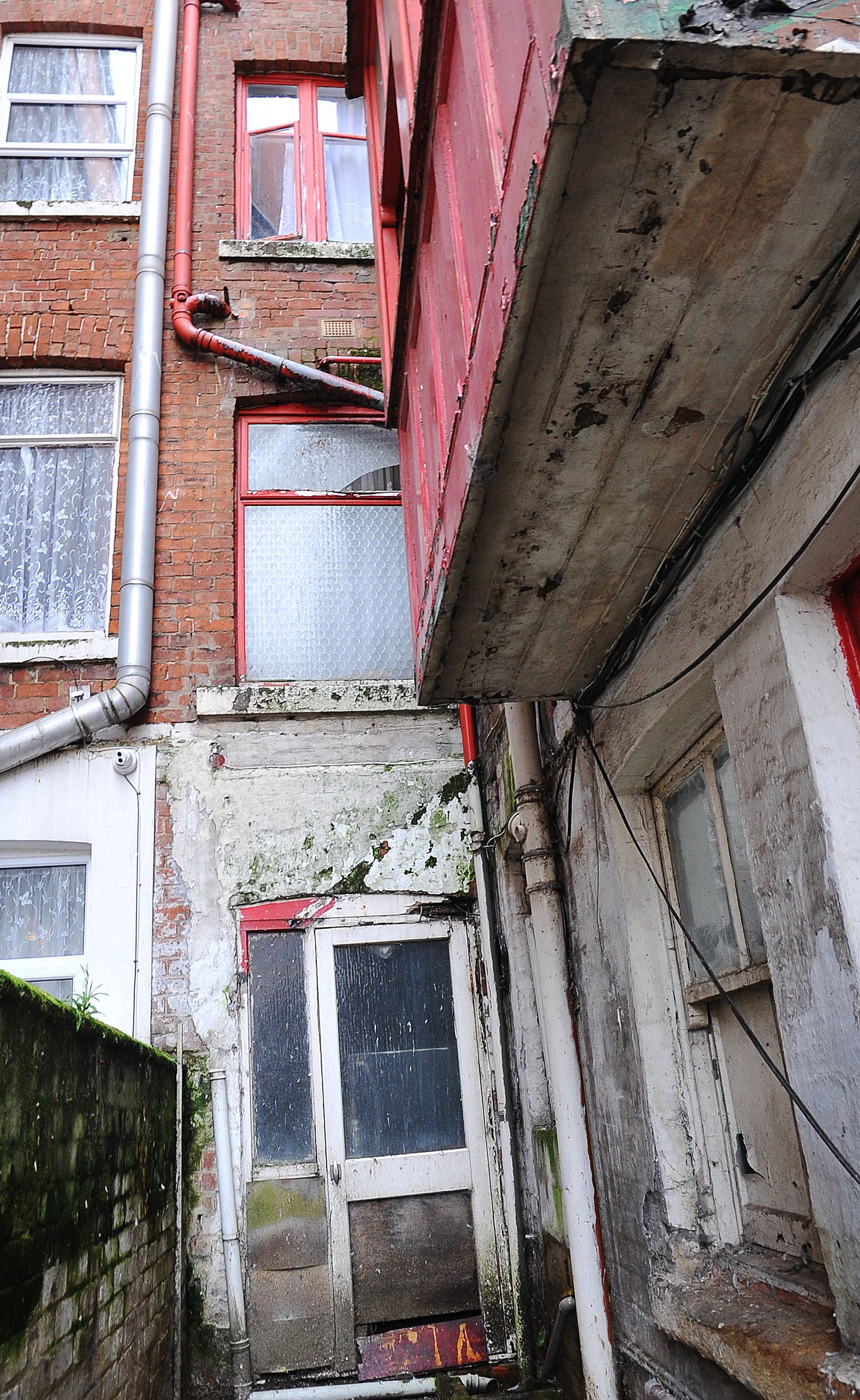 Kevin Twiss, 35, was cooking breakfast when he heard a crying noise which "sounded awful" but didn't think anything of it.

When the noise continued he peered out of a window and was stunned to find the injured toddler.

After no sign of the girl's parents Kevin then shouted up to a window "get out, your baby's on the floor".

Recalling the piercing crying noise, he said: "I looked out of the side window and couldn't see anything, and then I heard it again and when I looked outside that was when I saw the child on the floor.

"I wondered if I was seeing it right. I ran outside and when the parents weren't there I shouted up to them.

"From there I jumped over the wall and wasn't sure what to do and I picked her up, and at that point, the father started trying to kick the gate open to get to the child, so I passed her through a gap in the gate, and from there that was it.

"He took the child and went back into the hotel and we phoned an ambulance.

"It was a horrible thing and I'm just praying that we don't hear any bad news. I just hope she's alright." 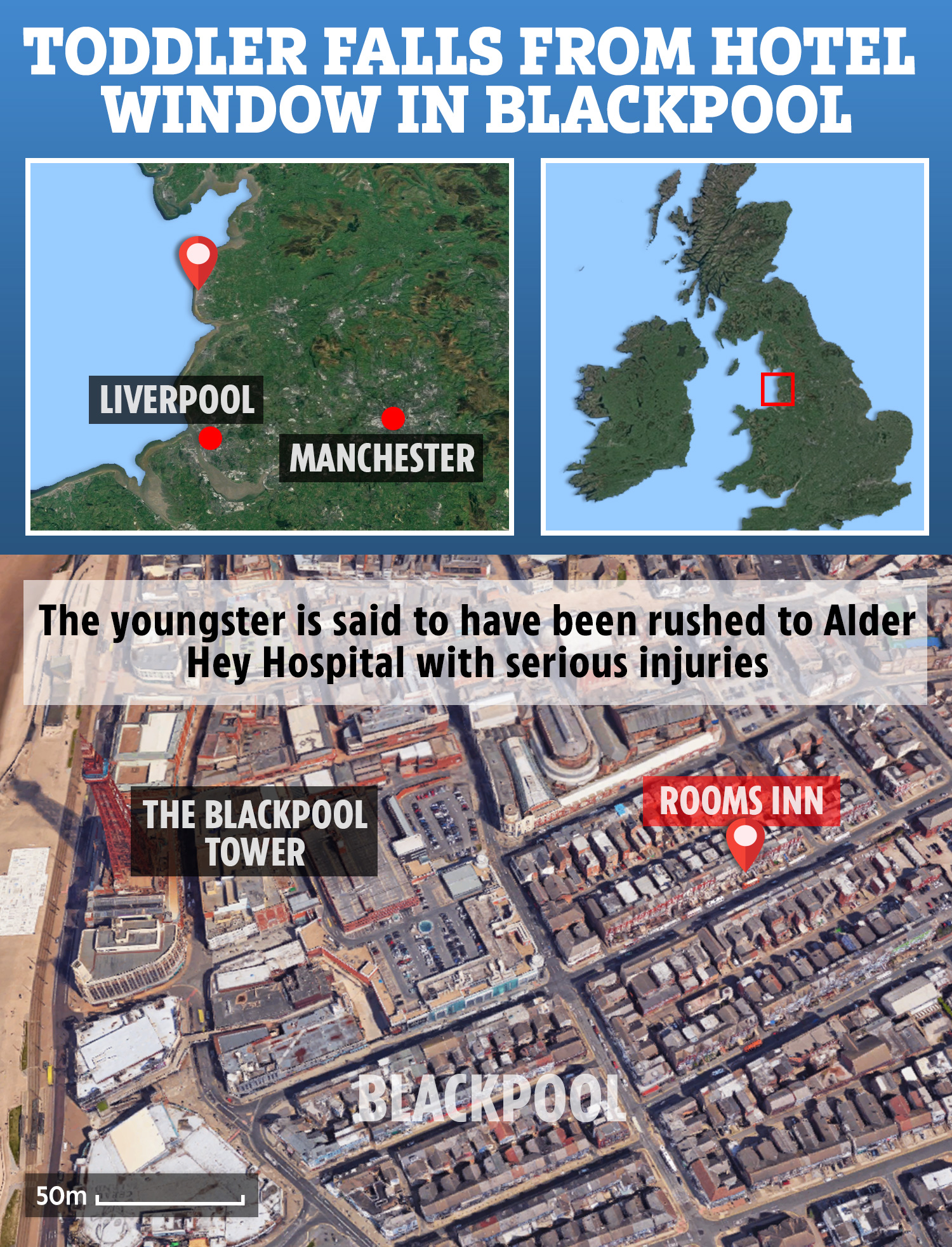 The manager of the Rooms Inn Hotel was today being quizzed by council officials.

The toddler is thought to have fallen from the hotel at around 9am today.

Medics and cops were scrambled to the hotel not far from the famous Blackpool Tower.

Kevin's wife Wendy, 44, who runs the neighbouring Lumada Hotel, added: "It must've been about 8.35am or 8.40am. We could hear a noise. It sounded awful.

"We all looked out of the window but we couldn't see anything. My husband didn't think anything of it. Next thing you know he had a look out another window and said 'Oh my God, it's a baby'.

"All our guests ran downstairs into the back alley.

"My husband was shouting up to the window, 'Get out, your baby's on the floor' and the next thing you know he picked the baby up and passed her to the dad at the back gate.

Kerry Wormald, housekeeper at the neighbouring Arabella Hotel, said: "A young man came running down to say that there was somebody in the back alley screaming that they needed an ambulance.

"We looked out the back window into the car park and couldn't see anything, so I went into the back alley to have a look and as I went out I could hear a baby screaming.

"It sounded like something was coming from next door, so I shouted over.

"At that point, I saw [a man] in the second-floor window on the phone. I went out the front.

"We could hear the sirens on the ambulance and I stood on the street with a few other people flagging it down.

"The baby was on the full-body stretcher in a neck brace and she had a mask over her face."

A Lancashire Police spokeswoman said: "We were called by the ambulance service at shortly before 9am today to a report that a toddler had fallen from a second storey window of a hotel on Albert Road in Blackpool.

"The child, a girl aged two-and-a-half, was taken by air ambulance to Alder Hey Hospital suffering from a number of fractures and is in a serious condition.

The Sun Online has attempted to approach the hotel for comment.

It comes as families will be holidaying in the seaside town in the middle of school summer holidays.

The resort is known for Blackpool Pleasure Beach, an old-school amusement park, and Blackpool Tower, built in 1894. 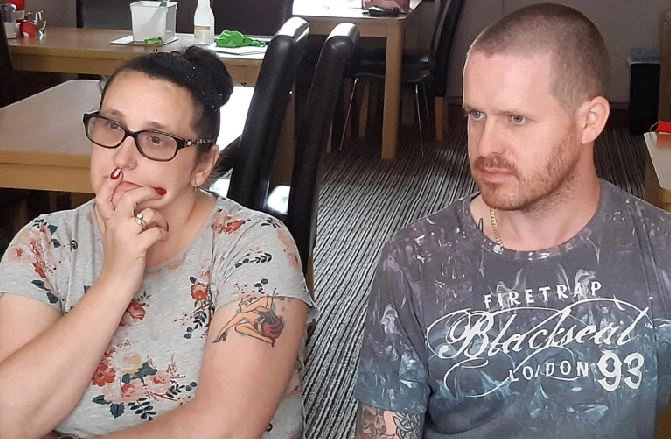 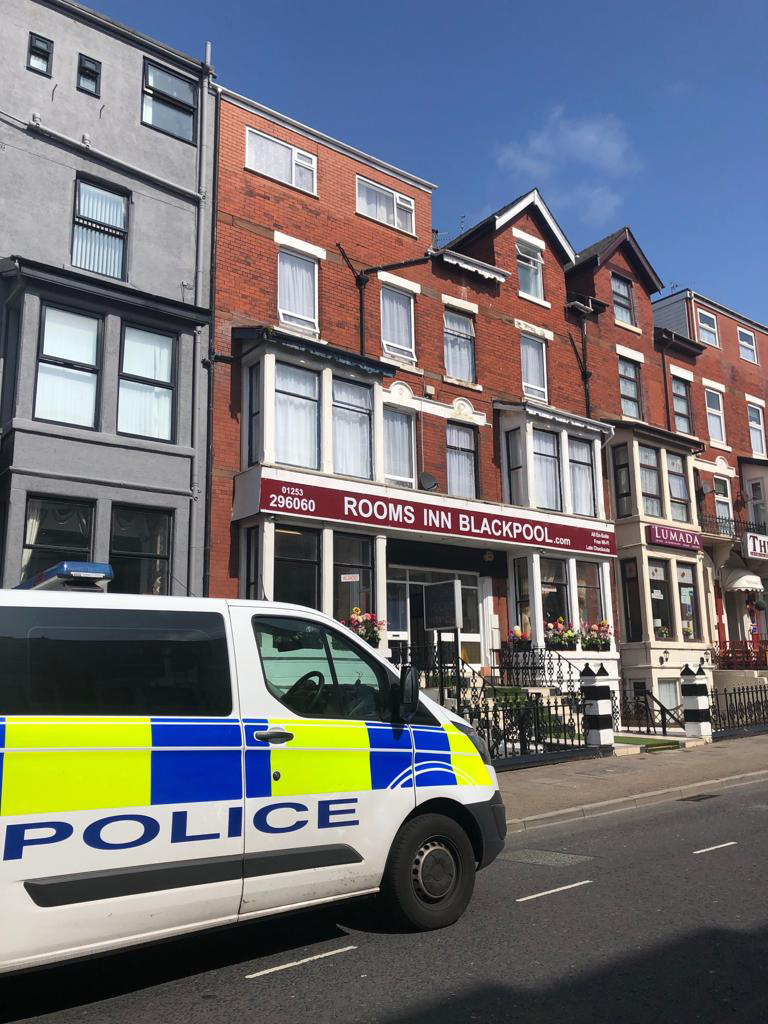 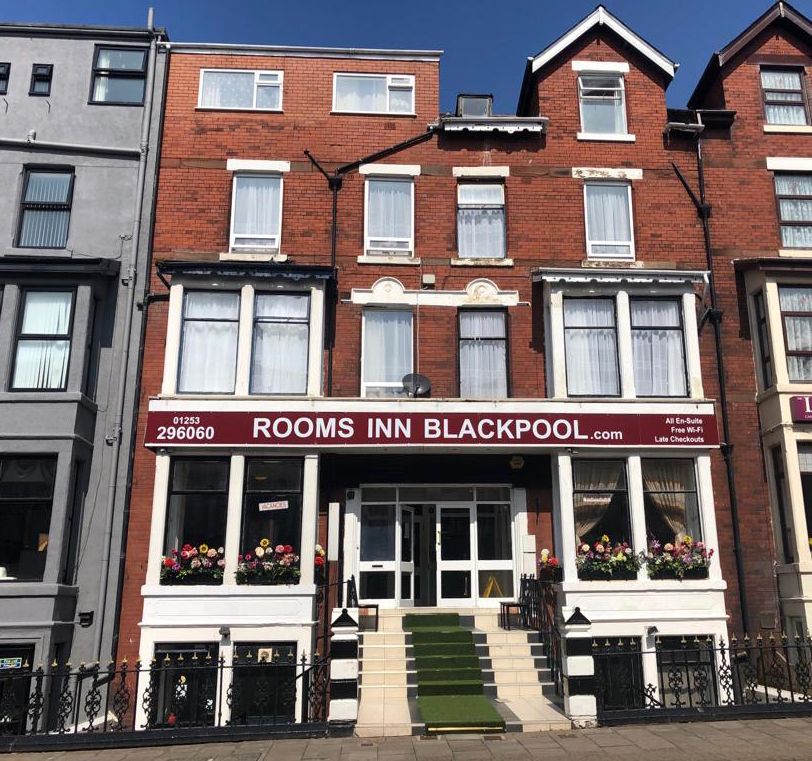