It’s nearly that time of year again – when shoppers brave the hustle and bustle of food markets to stock up on provisions for Christmas lunch and dinner.

Unfortunately, there’s an unwanted grinch at the table this festive season: inflation. 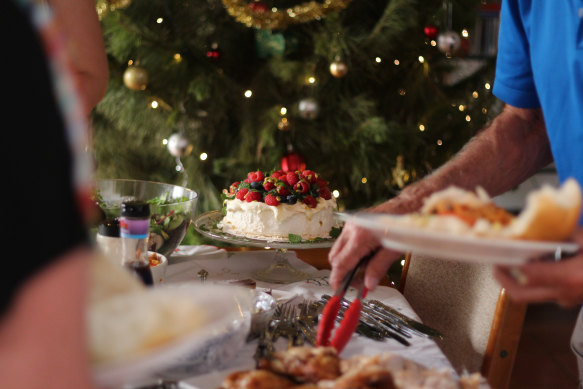 Mangoes will be a cheaper topping for this year’s Christmas pavlova. Credit:iStock

Higher cost-of-living is hitting just about everything that goes into a trolley, with the most recent CPI figures showing a 3.2 per increase in food and nonalcoholic beverages in the September quarter.

There are many different reasons for food getting dearer. Grain is more expensive, energy prices are up, there is still a shortage of workers, and bad weather has made it a difficult season for some growers.

The higher prices won’t apply evenly. While some products will be more expensive and harder to find, others will be in abundance and less unhealthy on the wallet (the waistline is another story).

Cherries come into season just before Christmas, making them a popular pick for dessert, whether on top of a pavlova or just on their own. 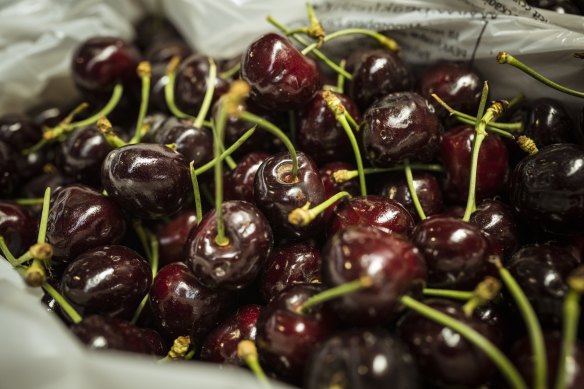 There is a shortage of cherries this year due to poor weather. Credit:Chris Hopkins

However, wet weather in the eastern states has impacted the harvest, which means there is going to be a likely shortage of cherries at the fruiterers in coming weeks. As demand rises, that will likely mean higher prices.

“It’s been pretty light on to be honest,” said Alison Jones, from Cherry Growers Australia.

“The weather hasn’t helped, there was too much rain and not enough sun during the blossom time.”

Hams have quite a long shelf life, which means they are not as impacted by different price and supply shocks. Pork farmers begin preparing in July to make sure there are enough hams to go around at their busiest period.

There were concerns that the Japanese encephalitis virus would devastate the pig population; however, those fears have not been realised.

“We’ve been really lucky this year, our industry has come through it quite well,” said Australian Pork chief executive Margo Andrae. 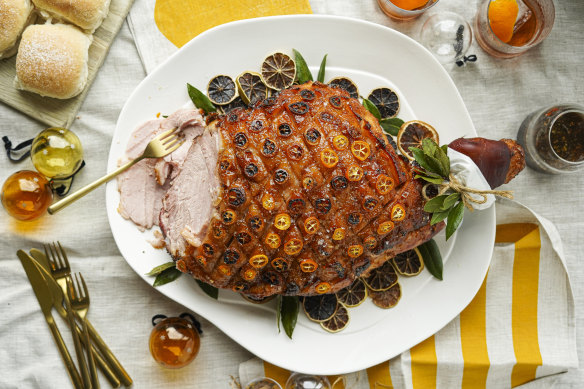 Hams will be good value this Christmas, with the big supermarkets keeping prices down.Credit:Katrina Meynink

“Next year might be a different story,” he said.

Coles and Woolworths have also said they are keeping their ham prices the same as 2021 at $8.50 per kilogram.

Turkeys are another product that are popular in Australia at this time of year. And in some cases they are actually cheaper than at previous Christmases.

Woolworths has dropped the price of its turkeys by 50 cents a kilo this year to $7.

“In the turkey industry there’s a massive peak for two weeks of the year,” he said.

However, costs were higher than ever, Watson said, particularly for grain and energy. As a result, farmers may produce fewer turkeys for the shelves in a bid to keep a lid on expenses and potential losses.

Many Christmas feasts will include platters of beautiful fresh seafood, whether it’s fish, oysters, prawns or lobsters.

“We’ve seen quite a price increase in all of the above – it still hasn’t settled yet,” said George Milonas from George the Fishmonger at the Queen Victoria Market. 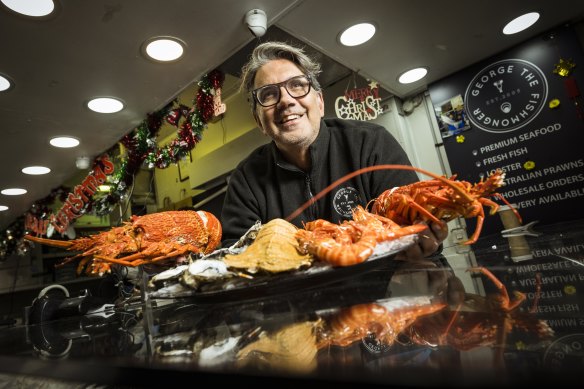 George Milonas, from George the Fishmonger, says seafood prices will be up this year. Credit:Chris Hopkins

“We can be sure it’s going to be more expensive, the price of prawns in particular.”

“Pacific oysters are looking good,” she said. “However, they can come into spawn in late December-January, so this could impact supply.”

There’s been talk of a potato shortage in recent months, with rain preventing farmers from planting crops.

However, Shaun Lindhe, spokesman for Ausveg, said this was going to impact varieties used for frozen potato products, rather than the classic types that go with a roast.

Crops for frozen veggies grown in Tasmania, such as peas, had also been affected, Lindhe said.

“There might be some gaps in the availability of those products,” he said. Salad vegetables were being harvested at the moment and should have good supply, he said. 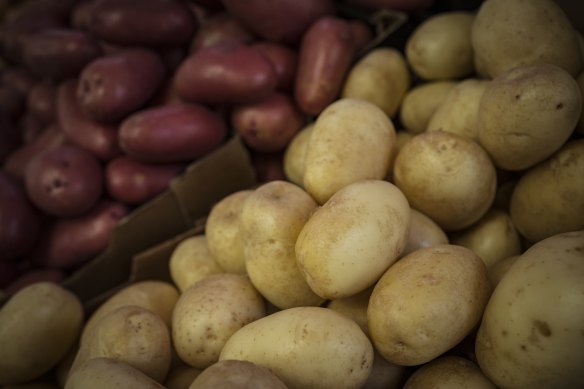 Frozen potato crops were impacted by the weather, but roasted varieties should be fine.Credit:Chris Hopkins

Frankie Fontana, from the Fontana Brothers fruit and vegetable stall at the Queen Victoria Market, said avocados had come down in price.

Citrus, such as oranges and lemons, were higher, but that was due to the seasons changing. Tomatoes were a good price, he said.

“If you’re going to get a bargain anywhere it’s at the market, there’s so much competition,” he said. 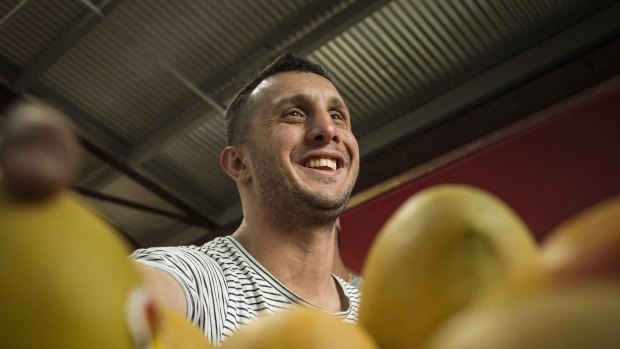 Frankie Fontana, from fruiterer Fontana Brothers, says prices will be up for some products this Christmas and down for others. Credit:Chris Hopkins

If you’re looking for a cheap fruit to dress the pavlova this Christmas, then mangoes are going to be one of the best options.

Prices are dropping dramatically due to an oversupply from Queensland and the Northern Territory. 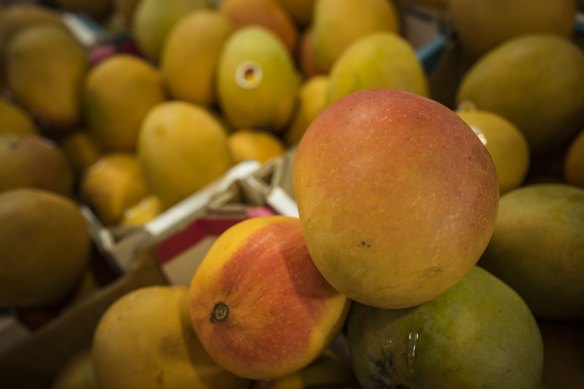 There’s lots of mangoes around this year.Credit:Chris Hopkins

Woolworths is selling mangoes for $2 each, but there are plenty of deals to be had if you buy in bulk at the markets.

“Mangoes are cheap,” said Fontana. “There’s heaps of them around.”