A post-mortem examination carried out last month revealed Cryptococcus bacteria had contributed to the young patient’s death, MSPs were told.

Health Secretary Jeane Freeman made the revelation yesterday as she launched a major review of the design of the hospital following a series of incidents since it opened.

The airborne infection is thought to have entered the ventilation system after pigeons got into a plant room at the Queen Elizabeth University Hospital (QEUH) in Glasgow. 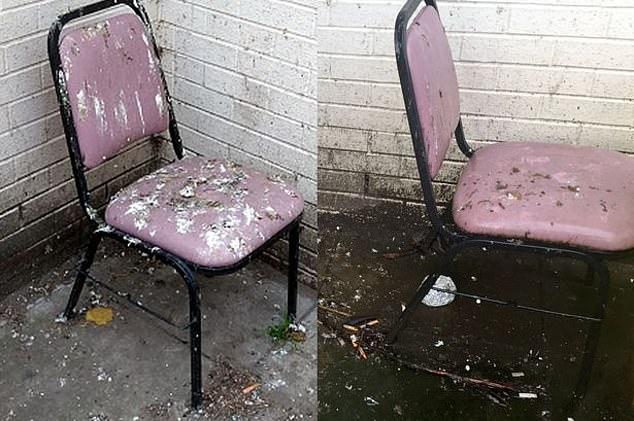 The NHS board said an elderly patient was also infected with the bacteria at the hospital but died from an unrelated cause.

And it emerged that two other patients at QEUH have contracted a different fungal infection in recent days, and a separate probe has been launched into its source – thought to be a water leak.

Critics said the public would be ‘shocked’ that pigeons and infections could ‘kill patients’ in Scotland.

The state-of-the-art hospital was built for the Scottish Government at a cost of almost £1billion and opened at the end of April 2015.

But Miss Freeman said there appeared to be a ‘number of instances’ where the fabric of the building was ‘less than satisfactory’.

There has been a catalogue of problems since the QEUH opened including blocked drains, dirty wards and an incident last year when bacteria were found in the water supply of the children’s cancer ward. 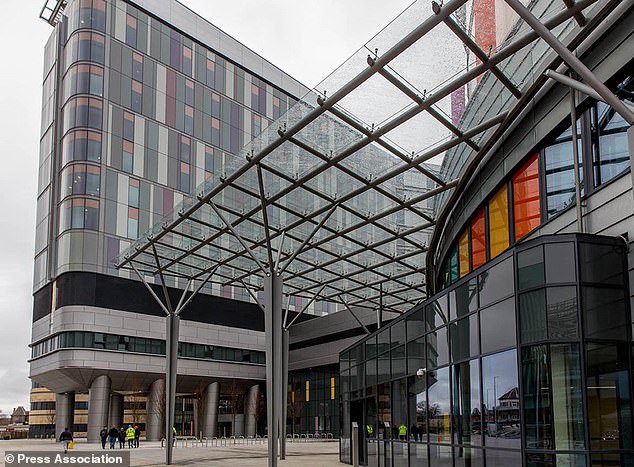 Miss Freeman announced the review after setting out ‘clear factual points’ on the two patient deaths to MSPs at Holyrood.

She said Cryptococcus had initially been identified in one patient in November last year. The unnamed person was discharged for palliative care and the bug was not linked to their death until the following month.

She added: ‘In December a post-mortem of a child who has passed away confirmed that Cryptococcus was both present and a contributory factor in their death.’ 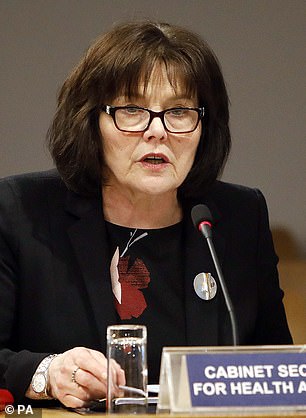 The minister said: ‘I am confident the board have taken all the steps they should to ensure and maintain patient safety.’

She said: ‘I have been advised that there has been a fungal infection, not connected to the one that we are discussing. It affects two patients… the source of that infection is being pursued. Additional safety measures have been put in place including air sampling and enhanced cleaning. It is unrelated to the infection caused by pigeon excrement.’

Labour health spokesman Monica Lennon said: ‘I think the people of Scotland will feel it is absolutely extraordinary that in a modern hospital – Scotland’s flagship and apparently super-hospital no less – we have a situation where pigeons and infections can kill patients. If this unthinkable and deadly infection can happen at the flagship Queen Elizabeth, what is to stop it happening at other hospitals?’

She pressed Miss Freeman on when the Government had been alerted to the issue, after reports that a QEUH outpatient had contacted previous health secretary Shona Robison in March 2018 regarding problems with pigeons.

Miss Freeman said a thorough search of records had found no trace of this letter.

NHSGGC said patient safety is its top priority and welcomed the review. It confirmed that two patients had tested positive for a fungal organism ‘totally unconnected to Cryptococcus’.

One is receiving treatment while the other does not require medical help.

The ‘likely source’, a water leak, has been repaired and investigations continue.

A spokesman added: ‘It is important to recognise that the staff at QEUH provide excellent care to many thousands of patients admitted every year and that the hospital has very good clinical outcomes.’

April 2016 Problems found at specialist children’s mental health ward. Its rooftop garden was deemed a health and safety risk; locks not fit for purpose and no staff alarm system to call for back-up.

September 2016 Patients and visitors complain of getting stuck in lifts.

November 2017 Automatic entrance doors opening too frequently because of sensor problems. Reception staff given heaters to keep them warm.

December 2017 Cladding similar to Grenfell Tower also found at the QEUH and removed.

March 2018 Bacteria found in the water supply at the Royal Hospital for Children, which is part of the site. Children with cancer, who have low immunity, infected and treated with antibiotics. Taps and ventilation system in the area now being upgraded.

August 2018 Pane of glass fell ten floors and shattered near front entrance, said to be the third time this had happened. Safety netting installed.

October 2018 Blocked waste-pipe damaged ceiling at the entrance of the building.

December 2018 Two patients contract Cryptococcus, linked to pigeons nesting in walls, but this is not made public until weeks later, when Jeane Freeman confirms infection contributed to the death of a child.

January 2019 Health bosses confirm that two other patients have been infected with an unspecified fungal organism caused by a ‘water leak’.