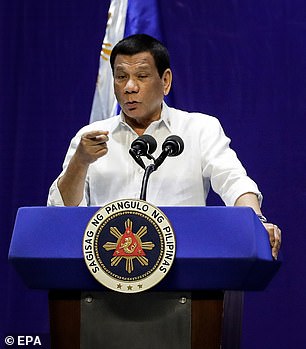 Senators in the Philippines are fighting to stop President Rodrigo Duterte lowering the age of criminal responsibility to nine.

Politicians joined activists and child protection groups to slam the move by the lower house to reduce the age of criminal liability from 15 to nine.

Duterte had filed the proposal on his inauguration in 2016 along with rules to re-introduce the death penalty, as part of his tough stance on crime.

The plan was approved on Monday, but still needs several readings before the house votes the legislation through.

It would then require counterpart legislation and approval of the Senate, members of which are opposed.

‘It is anti-family, anti-poor and simply unjust. Moreover, it will promote a heartless and ruthless society that has no regard for its own people,’ said Antonio Trillanes, one of Duterte’s biggest critics. 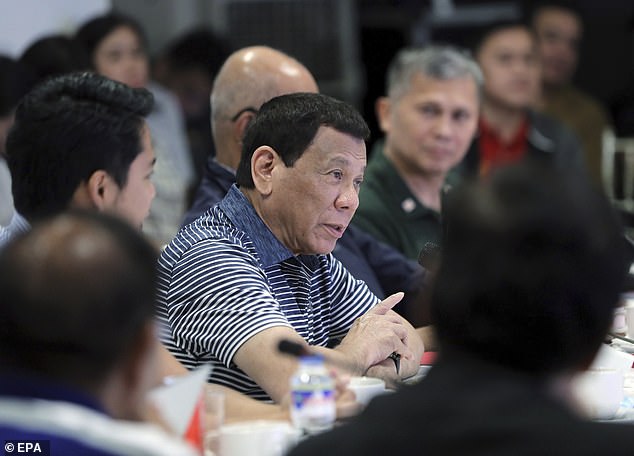 Rodrigo Duterte at a meeting earlier this month, the Filipino President has become popular through his tough stance on issues like crime

Risa Hontiveros said the idea went against Philippines’ international commitments and a global trend of raising, not lowering, the criminal age.

‘Why do we want to slide back to the minimum, or even below the minimum? Is this a race to the bottom?’ she told a Senate hearing.

Duterte campaigned aggressively on eliminating crime, drugs and corruption and has said he has since realised they were all on a greater scale than he had imagined.

Despite a war on drugs that has killed thousands of people and graft-related scandals and resignations of his own appointees, Duterte has not lost his lustre among Filipinos, who polls show back his morality-centred approach to law and order.

Senator Panfilo Lacson said nine was too young, but he supported lowering the age ‘to a certain level’. Joel Villanueva said the bill needed a rethink, to target parents more.

‘Children in general have different levels of maturity and discernment,’ he added.

International organisations have expressed alarm, including UNICEF and Save the Children, while domestic activists said children should be protected from criminals, not held liable for things they were forced to do. 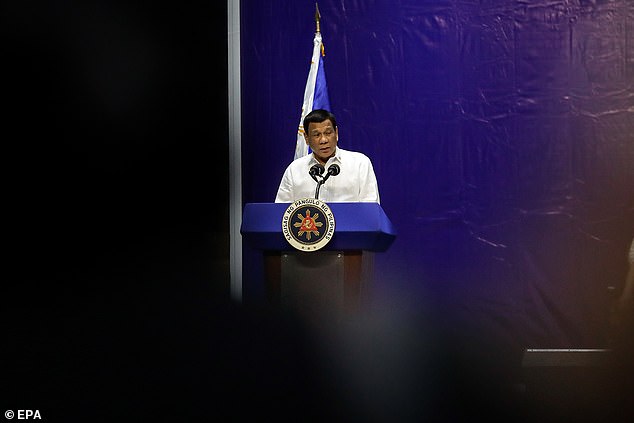 However, in the United Kingdom the age of criminal responsibility is ten, while in Scotland children as young as eight can be prosecuted.

In the United States there is no age bar to entry for prosecutions at state level, while at federal level the minimum age is 11.

Justice committee chairman Salvador Leachon, however, said the bill was misunderstood, and was rehabilitation-centred, and ‘pro-children’, with non-compliant parents the ones who would go to jail.

‘The point here is there is no punishment,’ he told news channel ANC. ‘It’s rehabilitation, reformative, taking care of the family.’