AT LEAST six people have been killed and 16 injured after a massive sinkhole swallowed a bus in northwestern China.

The collapse happened on Monday evening outside a hospital in Xining, the capital of Qinghai province. 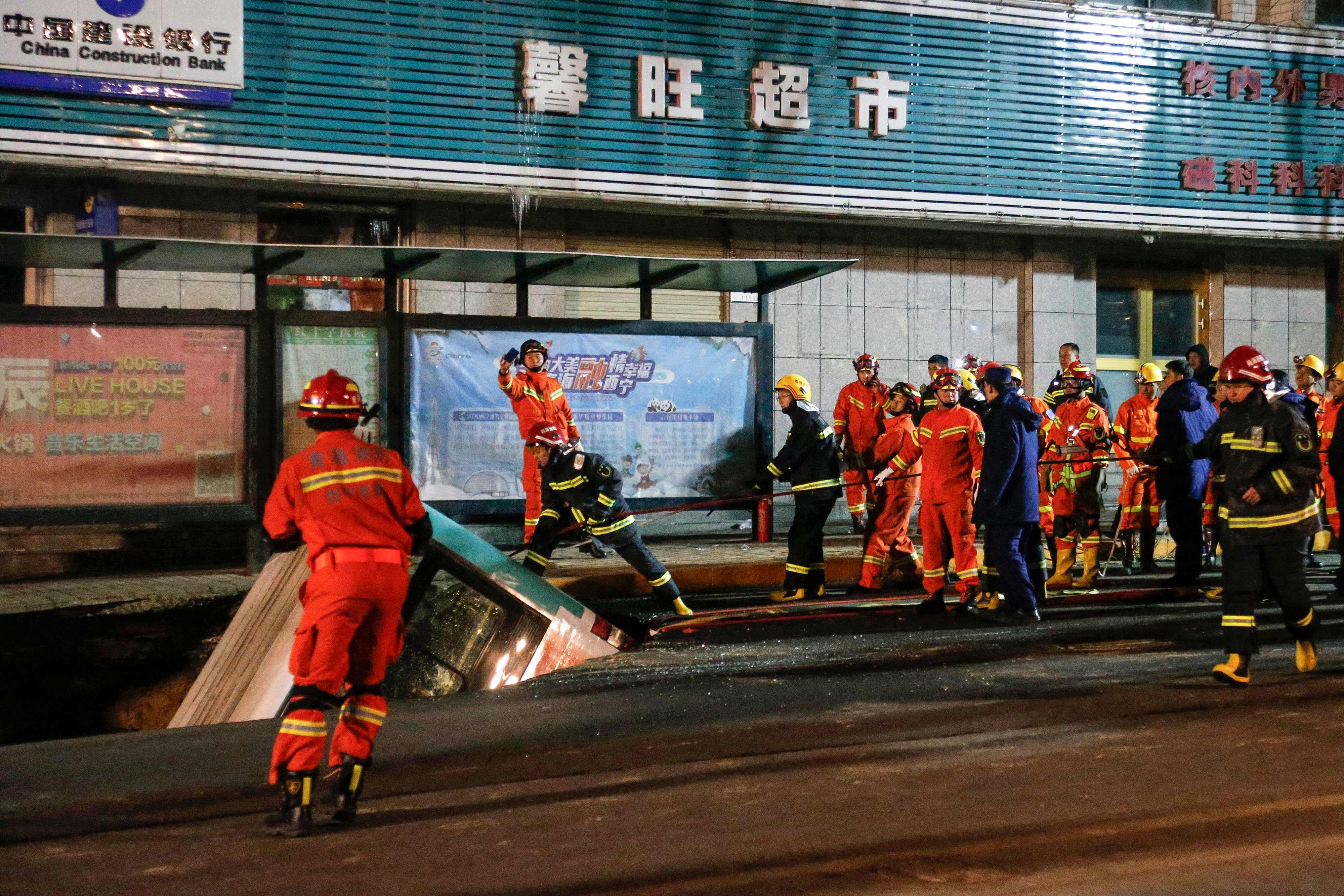 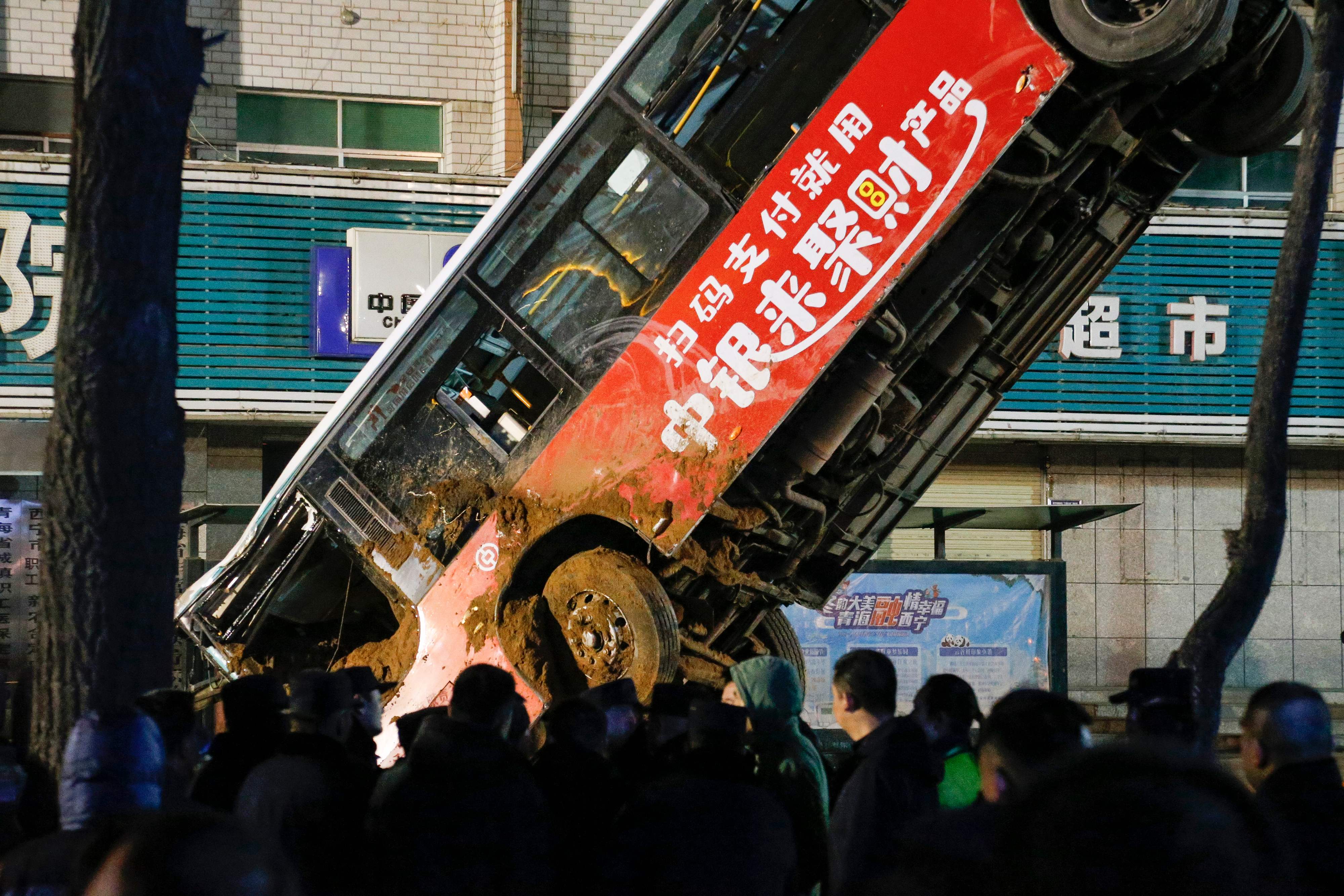 Footage showed the truck gradually settling into the hole while people at a bus stop scrambled for safety.

A number of people desperately tried to rescue the bus passengers but were engulfed by the sinkhole as it suddenly widened.

A young man who just escaped was seen picking up a baby from the edge of the sinkhole and bringing it to safety.

He then returned with several others to help a woman left hanging on the edge.

As they tried to pull her up, however, the road collapsed a second time beneath their feet, plunging everyone into the pit.

Seconds later, an explosion could be seen inside the sinkhole, sending a ball of fire above ground, followed by a thick plume of smoke and a few smaller explosions.

Passerby Sun Wanhong, a retired armed police officer, was among the group of people who tried to help the woman out of the sinkhole, but ended up falling in themselves after the road caved in again.

He told China Newsweek: "I heard someone shouting 'Help! Help!' and ran over. I saw a person hanging on the edge, so I reached out my hand to grab her. As soon as I reached her, (the road) collapsed again and there was nothing at the bottom, and several people who were helping out with me fell through.

"There was water running above, and an explosion took off due to the electricity cable.

"The sound was huge…a water pipe broke, and water poured in."

It is unclear how many people were inside the bus at the time of the incident, which happened at 5.30pm on Monday.

Around 1,000 emergency workers and 30 vehicles were sent to the site.

Workers using backhoes, dump trucks and other equipment excavated earth around the collapse.

Authorities said the bus had been raised from the collapsed 80-square metre section into which it had fallen.

Sinkholes in China are often blamed on construction works and the rapid pace of development in the country.

In 2018, four people were killed after a sinkhole opened up on a busy pavement in the city of Dazhou, south-west China.

In 2013, a similar incident killed five people at an industrial estate in the southern city of Shenzhen. 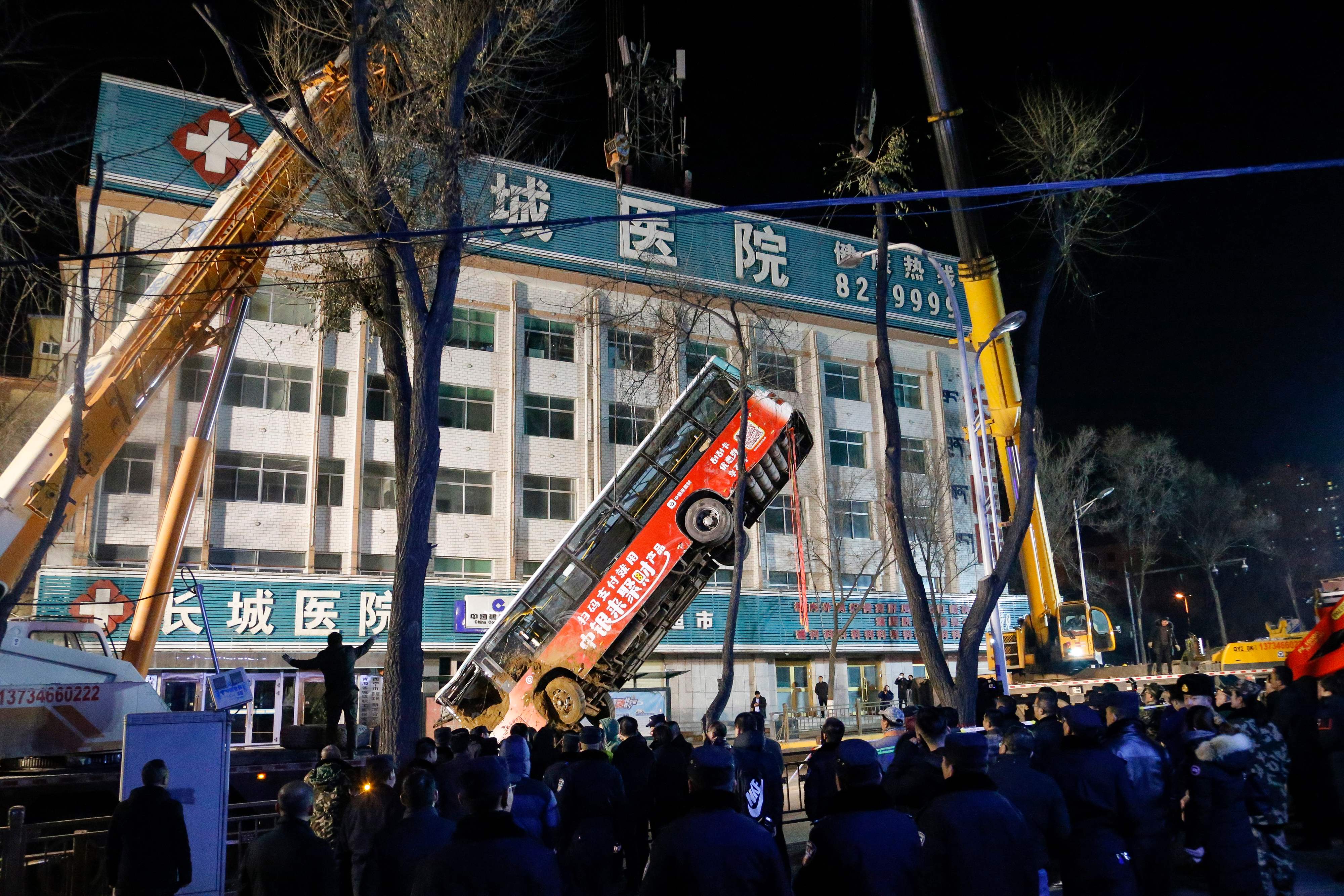