How Boris Johnson’s private equity-loving investment minister destroyed my father’s firm: Lord Grimstone has been defending UK businesses from foreign predators but he oversaw the collapse of my dad’s company, writes CHRIS BROOKE

He’s the City grandee with an equally grand title, handed the task of turbo-charging the British economy with new investment in the post-Brexit era.

Lord Grimstone of Boscobel Kt, must have seemed the perfect fit to make the transition from the boardroom to become Minister for Investment in a true-blue Boris Johnson government.

After all, here was a man with perfect Thatcherite credentials, who rose from the Civil Service to hold top roles in some of Britain’s biggest financial groups.

His appointment in March last year to be a Minister of State and sit in the House of Lords was widely welcomed. But one thing’s for sure — it wasn’t in my family. I was appalled he had risen to such high office.

I’ve never met the man and know nothing about his character. 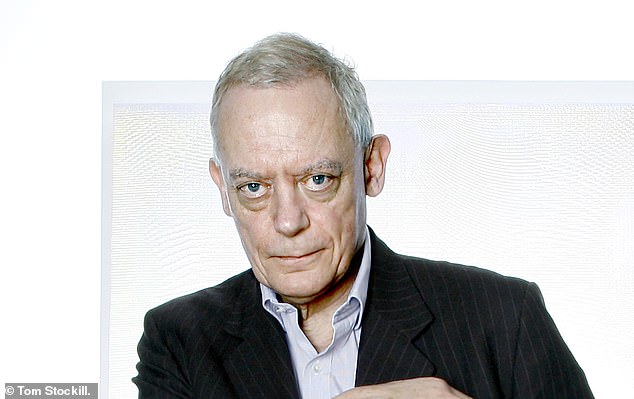 Lord Grimstone, 72, Minister for Investment, is pictured above. You won’t see mention of his period at Candover in his profile on the Government website or his LinkedIn page. That’s because his stewardship of the private equity firm ended in acrimony and a humiliating apology to shareholders

However, I do know that he was among those significantly to blame for the sudden and catastrophic demise of the pioneering private equity company founded by my late father, Roger Brooke.

In the wake of the 2008 financial crisis, Candover Investments went from being a titan of the venture capital industry to a dying body on life support in a matter of months.

Ultimately, disastrous decisions by Chairman Gerry Grimstone and his Board of Directors were to blame for what was, in my father’s eyes, an avoidable tragedy.

I recall this sorry episode, not to score a cheap point against a Government minister, but because Lord Grimstone took it upon himself this week to preach about the wonders of private equity as he spread the message of the UK attracting investment from abroad to help weather the economic storm.

He claimed British companies perform better after foreign buyouts: ‘All our research shows that overseas-invested companies in the UK are more productive. They generate more jobs than UK companies, they generate more intellectual property and they export more.’

Forgive me, but those words ring rather hollow from a man who helped knock down a successful company built from nothing over three decades.

Lord Grimstone joined the Board of Candover in 1999, the year my father retired as chairman. He, in turn, became chairman in 2006 and, by the time he left in 2010, the decision had been made to slowly wind down the company.

They gambled that the good times would continue — and when the financial crash struck, the company suffered a mortal blow.

These days my father would probably be referred to as ‘old school’. He was proud that when he ran Candover the company ‘never borrowed a penny’. Along with institutional investors it attracted to fund buyouts, Candover bought a slice of equity, but not through borrowing.

Things became very different under Lord Grimstone and, as far as my father was concerned, it was this debt, along with bad investment decisions, that caused Candover to spiral into voluntary liquidation.

It was all so different back in 1980 when Roger Brooke borrowed an idea from the U.S. to start a venture capital fund.

An Oxford Classics graduate, he began his career in the Foreign Office before moving into business. He became managing director of EMI for a few months before a takeover left him unemployed.

From a single-room office in the City he set up Candover — named after the area near our Hampshire home — and used a spare phone to drum up investors from the City.

Unlike some of today’s private equity ‘vultures’, who chop up companies and asset-strip to make a quick profit, his was a venture capital firm dedicated to growing small enterprises into big businesses. 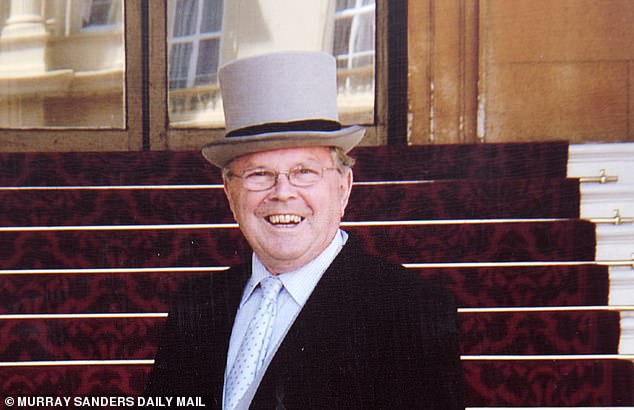 Roger Brooke is pictured above. These days my father would probably be referred to as ‘old school’. He was proud that when he ran Candover the company ‘never borrowed a penny’. Along with institutional investors it attracted to fund buyouts, Candover bought a slice of equity, but not through borrowing

He called them ‘management buy-outs’ and, as a young man in my teens and early 20s, I would be forced to listen to my father speak endlessly about his business model over Sunday lunch.

In those early days the idea was to back the managers of undervalued subsidiaries of larger companies to buy them out and run them better.

‘Managers will work harder and do a better job if their own cash is invested in the company,’ he would say.

Candover found institutional investors to put money into a fund to finance these buyouts. Candover charged a fee and took its own slice of equity. He chose wisely and the firms he backed flourished.

After two years and only a handful of deals, Candover was regarded as one of the UK’s leading buyout specialists. In 1984 the company was listed on the stock exchange.

He took huge pride in transforming the successes of all manner of companies. My father became a wealthy man through his success but spent little on himself and rarely discussed money; what he was passionate about was building great businesses. 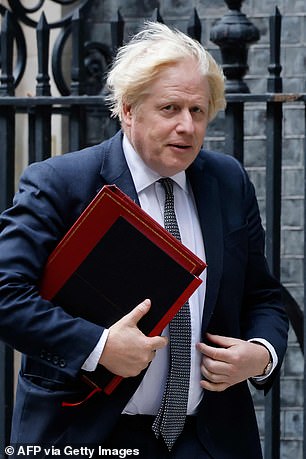 Lord Grimstone of Boscobel Kt, must have seemed the perfect fit to make the transition from the boardroom to become Minister for Investment in a true-blue Boris Johnson government

His obituary, in The Times, read: ‘By the time Brooke stepped down as Candover’s chairman in 1999 the firm had handled more than 100 deals and, in its own way, had reinvigorated large swathes of British industry.’

After Candover, he went on to do other things. He invested in science and health projects and was given an OBE in 2004 for his charitable and community work.

Probably his one regret was leaving Candover to follow a new path under new leadership.

And so we return to Lord Grimstone, 72, our unpaid Minister for Investment. You won’t see mention of his period at Candover in his profile on the Government website or his LinkedIn page.

That’s because his stewardship of the private equity firm ended in acrimony and a humiliating apology to shareholders.

After becoming Candover chairman in 2006 he was clear about the direction it would now take.

He told The Times: ‘One of the great beauties of this industry is that it has grown in capacity into a very large industry. The private equity business is getting bigger and bigger. The last fund raised by Candover, at €3.6 billion (£2.4 billion), looked like a good size. Now bigger and bigger funds are going to be raised. It is always a good thing for businesses to move forward. If they do not, they end up moving backwards.’

In 2008, Candover ignored the lessons of my father’s safety-first policy and borrowed to invest £900 million in a new buyout fund.

It also made several disastrous investments which later had to be written off. When the global crash put the world’s financial sectors into meltdown, Candover was left in dire straits. It was forced to cancel its legally-binding commitment to the new fund.

The value of the companies it had invested in fell dramatically and it suddenly had a huge debt burden to carry. My father was deeply upset at this sudden collapse — at one point the share price fell 90 per cent.

He briefly toyed with the idea of trying to take charge of the business again, but discussions with former colleagues led to nothing and he watched his company gradually die before his own death in December 2012, aged 81.

At the 2009 annual general meeting, Grimstone was forced to face angry shareholders and, in his role as chairman of the company, carry the can for its shortcomings.

With the company up for sale, he apologised for its dramatic decline, adding that he was ‘horrified at the consequences of decisions we took . . . with the benefit of hindsight, we were wrong and the board was wrong’.

One shareholder suggested Grimstone should be ‘sheep-dipped’ for following the herd and raising debt to finance its €1 billion fund commitment.

He replied: ‘I have never been sheep-dipped, it doesn’t sound a pleasant process.’

The chairman was re-elected to the Board but quit the following year. Since then, Candover has sold off its assets and returned cash raised to shareholders.

The process of liquidating the company has been a long one but is now almost complete.

However, no damage was done to Lord Grimstone’s career by mistakes made while he was at the helm of Candover.

He remained at Standard Life (where he served as chairman while also being chairman of Candover) and was instrumental in the merger with investment company Aberdeen. He also became group deputy chairman of Barclays and chairman of its UK corporate banking subsidiary, Barclays Bank PLC.

But in the Brooke household his past failures were never forgotten.

My 84-year-old mother Nancy is a dignified woman who would never let a swear word pass her lips. But she didn’t pull any punches when asked about Grimstone and his pronouncements on the private equity industry yesterday.

I’ll leave the last word to her. ‘When he became chairman of Barclays I changed banks on a matter of principle. I hate the man because he ruined Candover.’