When the owners of a Brunswick West weatherboard home wanted to knock it down and build units, they didn’t think the Tullamarine Freeway noise wall looming at the rear of the property was squatting on their land.

But that’s exactly what happened to Neilo and Adrian Bottos, who lost a long legal battle with CityLink after the tollway operator successfully argued that the wall had sat there long enough for the piece of land to change hands. 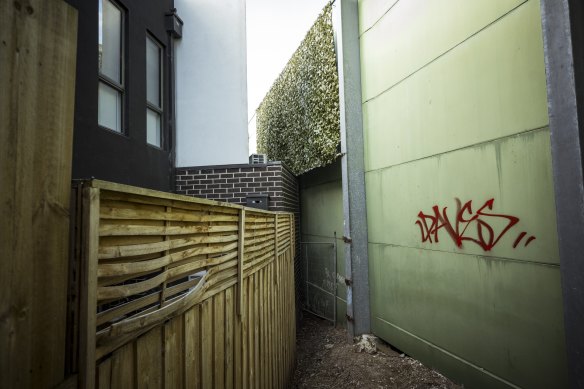 The Tullamarine Freeway noise wall at the back of the Bottos brothers’ Brunswick West property.Credit: Chris Hopkins

The Bottos brothers took CityLink to court after discovering that the noise wall was encroaching on the back of their property when they sought to develop it in 2018.

According to court rulings, the wall’s panels were on CityLink land, but the steel poles and concrete bases keeping the fence standing had encroached onto the Bottos brothers’ property.

One survey found the poles intruded as much as 17 centimetres into the property. The concrete bases also pushed in 20 centimetres, while the foundations under the ground had cut in by another 60 centimetres.

The numbers sound relatively small, but the location of the structure forced a redesign of some of the units. 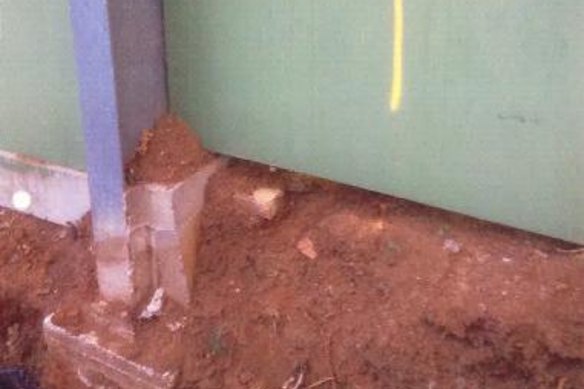 The foundations of the Tullamarine Freeway noise wall intruding on the property.Credit:Supreme Court of Victoria

The wall was built in 1999 as part of the CityLink tollway connection of the Tullamarine Freeway to the West Gate and Monash Freeways.

The Bottos brothers originally sued the State of Victoria, the Roads Corporation, CityLink and Transurban in 2018.

CityLink was later made the sole defendant in the Supreme Court after a settlement was reached with the other parties. 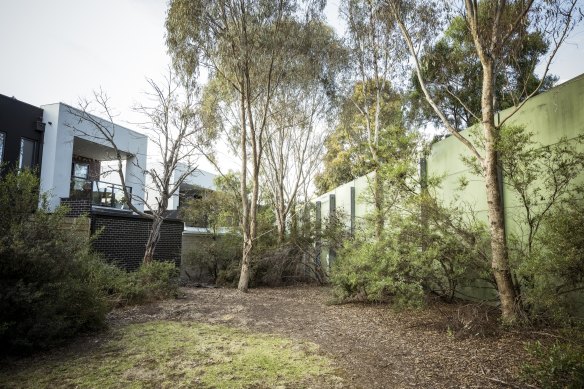 The freeway sound wall at the back of the property.Credit:Chris Hopkins

The pair sought damages, as well as an order for parts of the wall to be removed so that it no longer sat on their land.

However, CityLink argued that it had claimed ownership of the property under adverse possession law, otherwise known as squatters’ rights.

Under the law, squatters can only claim a piece of land if they have uninterrupted and exclusive possession of it for 15 years.

The Bottos brothers argued that this 15-year period was interrupted in 2012 by a planning permit application to construct six units on the property.

But the actual issue of the wall encroaching on the land was not discovered until 2018 when the development was taking place, the court heard. 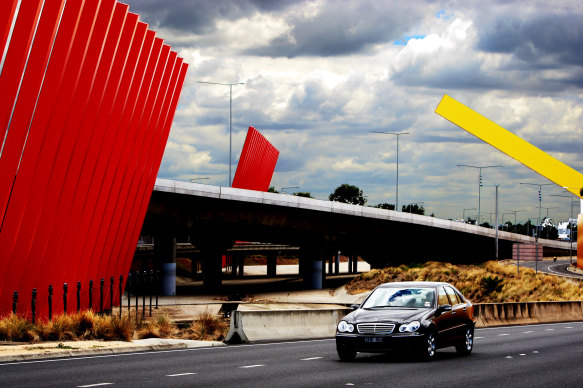 In 2021, Supreme Court Judge James Gorton agreed that CityLink had successfully possessed the piece of land previously owned by the Bottos brothers.

“In my view, by building the noise wall, CityLink factually possessed, and factually dispossessed the Bottos brothers of, the space physically occupied by the noise wall and its support structures,” he wrote in his reasons.

“CityLink used the land occupied by the structure as if it were its own.”

As part of their case, the Bottos brothers argued that a spillage of concrete during the installation of the wall had also trespassed onto their property.

While he dismissed the rest of their claim, Gorton awarded the brothers $69,035 in damages for the spillage, which was three metres long by 1.5 metres wide.

The Court of Appeal upheld the adverse possession decision earlier this week after the Bottos brothers sought to have it overturned.