Cleaner, 50, who says her 91-year-old boss promised her almost all his £500,000 fortune battles his family over will he changed days before his death 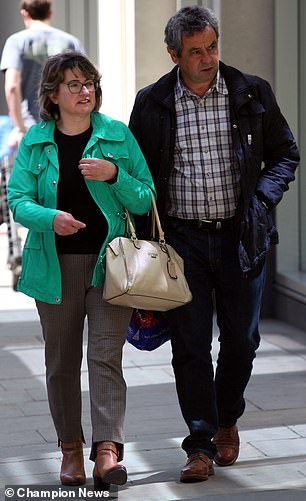 Leonora Da Costa, 50, says she and 91-year-old Harold Tickner were as close as ‘father and daughter’ before his death in 2015. Pictured, Mrs Da Costa and her husband Eduardo outside High Court

A cleaner who claims to have been promised almost all of her boss’ £500,000 fortune is battling his family after she says they cut her out of a new will.

Leonora Da Costa, 50, says she and 91-year-old Harold Tickner were as close as ‘father and daughter’ before his death in 2015.

But her boss’ plans were ‘turned upside down… in very strange circumstances’ when a new will was made just two weeks before his death, according to Mrs Da Costa.

But just two weeks before his death in June 2015 a new will was made. He gifted his £500,000 house to his nephew Mr Germain and left Mrs Da Costa with nothing.

He got to know Mrs Da Costa when she became his cleaner and her 53-year-old husband Eduardo started work as his gardener.

However, they became much closer after the death of Mr Tickner’s wife in 2012 and he began to depend on her more.

‘She worked very hard for him over a good number of years.

‘In his own words to his own solicitors in 2012, he did not know how he would have lived without her.

‘They had a very good, strong relationship. He was fond of her family. They accepted him pretty much as one of theirs.’ 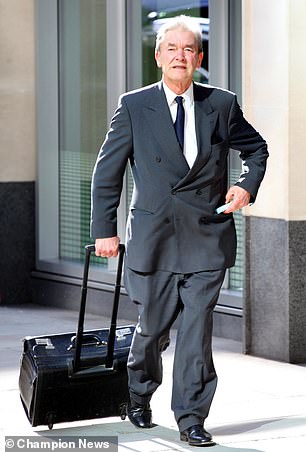 He left his nephew, retired barrister Dennis Richard Germain (pictured) and daughter Karen Tickner £25,000 each. But just two weeks before his death in June 2015 a new will was made, he gifted his £500,000 house to his nephew Mr Germain and left Mrs Da Costa with nothing

Karen Tickner is not taking part in the current proceedings, but Mr Germain says it is right that Mrs Da Costa gets nothing from his uncle’s estate.

The pensioner gave Mrs Da Costa gifts of at least £45,000 while she worked for him and had felt no obligation to her after that, his lawyers claim.

Giving evidence, Mrs Da Costa said she and her employer had become ‘very very close’ and confided in each other.

‘We were close friends, like father and daughter, we had great fun together,’ she said.

‘He always told me the only thing he had left for him to enjoy was having lovely meals, so he appreciated me taking him out three times a week.

‘He was a very wise and clever man. Even at his age, he knew about financial things.

‘After his wife died, I was there every single day.’

Mr Tickner had needed Mrs Da Costa’s help stay in his own home, but after being taken into hospital in April 2015, he was discharged to a nursing home before succumbing to cancer in June that year.

Mr Dumont argued that the gift to the nephew of the house and the new will were invalid as he did not understand what he was doing.

The house gift and the new will were made on the same day just over two weeks before Mr Tickner’s death, and he was registered blind, meaning he was unable to read the documents, said the QC.

‘Mr Tinkner was not just in extremely poor physical health because he was dying of cancer,’ he said.

‘His capacity was, at best, very doubtful, having been repeatedly noted in his hospital notes prior to transfer to the nursing home as ‘confused’.’ 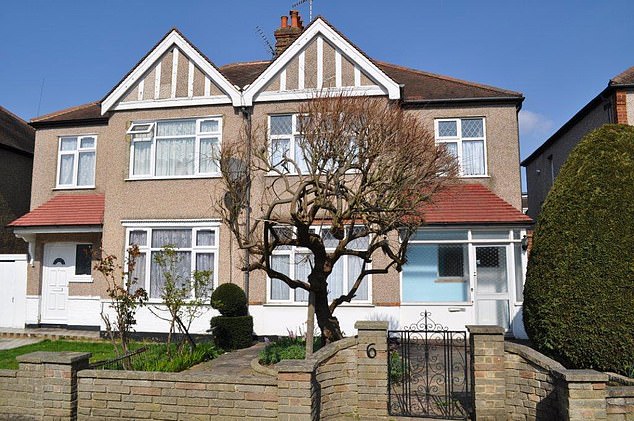 Defending the claim as executor of the will, Mr Germain – who at present is entitled to his uncle’s biggest asset, the house – says there was nothing strange about the way his plans were changed.

Mr Tickner was a ‘remarkable gentleman’ who had reached the age of 91, his barrister, Miranda Allardice QC, said.

‘What we are looking at here is an individual who doesn’t have any underlying mental health problems,’ she said.

Giving evidence, Mr Germain denied that he and his uncle had a ‘virtually non-existent relationship’, as Mrs Da Costa had alleged.

Whenever he had work at Harrow Crown Court, he would call his uncle and offer to come around, he said.

‘He would be delighted to see me,’ he continued.

‘I saw him frequently, I organised the 91st birthday meal in November 2014, and we occasionally went for lunch together.’

Mrs Da Costa is asking the judge to rule that the 2015 will should be overturned ‘for want of knowledge and approval’.

That would mean the gift of the house to Mr Germain would also be tainted and could be overturned at another court hearing, Mr Dumont says, allowing Mrs Da Costa to inherit about £415,000 worth of assets.

Mr Germain says both documents were validly made, but if not, then the 2014 will was itself tainted.