Cleaner who stole £40,000 from her own grandmother, 95, to build a fully-stocked bar in her garden shed will not have to hand back the money she took 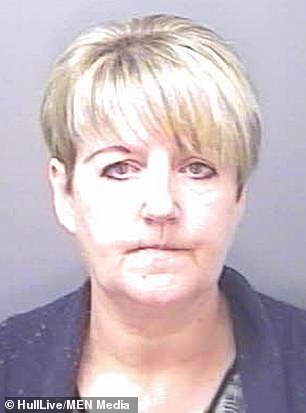 A cleaner who stole £40,000 from her dementia-suffering grandma to build a bar in her garden and go on an expensive holiday will not have to pay any of the money back.

Helen Webb, 50, from River Grove, west Hull, fleeced her 95-year-old grandmother over nine months and used the money together with her husband Gary, 54, to fund a £3,600 family holiday to Mallorca and build a bar in their shed.

Webb, a part-time cleaner, was jailed for two years at Hull Crown Court in July 2017 after admitting two counts of fraud by abuse of position.

However, it was revealed at the same court on Monday that it was too late to bring proceedings against her under the Proceeds of Crime Act and so she will not have to way back any of the money she stole.

Her lorry driver husband denied any wrongdoing but a jury took less than an hour to find him guilty of two offences of using criminal property between May 1 and June 30, 2015.

He received an 18 month jail term, suspended for two years, and was ordered to do 300 hours of unpaid work for the community. 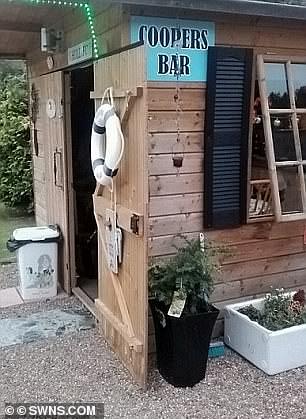 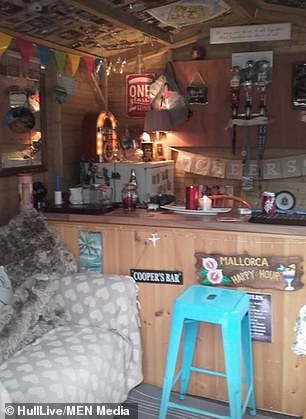 Webb, a part-time cleaner,used the money she stole to build a bar in her shed that was fully stocked with alcohol 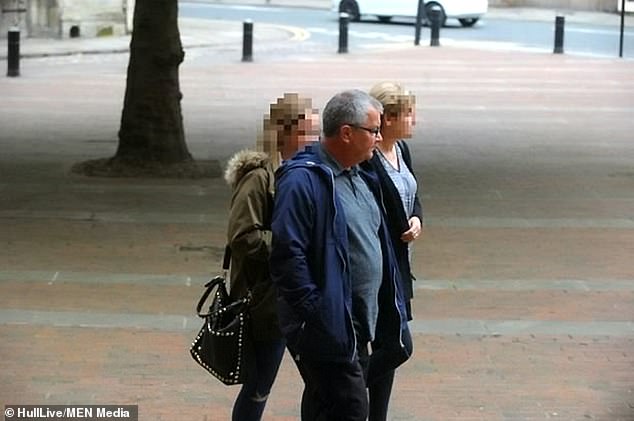 While Helen was jailed, Gary received an 18 month jail term, suspended for two years, and was ordered to do 300 hours of unpaid work for the community

Judge David Tremberg said could face up to three months in jail if he doesn’t pay up.

Steven Garth, for Gary Webb, said: ‘Mr Webb fully understands the order and will abide by it.’

The court heard she was so desperate to get her hands on her grandmother’s cash she wrote letters to banks claiming to be from the pensioner. 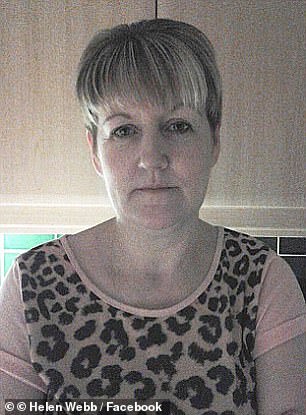 She even made a telephone call to the elderly woman’s building society pretending to be her niece.

The court heard that Webb did not just ‘fleece’ her grandmother of her savings, but set about ‘asset-stripping’ her, also getting hold of her benefits and cashing in a policy.

She ‘took control’ of her victim’s finances after she suffered a stroke, and arranged for cheques to be issued from her Skipton Building Society account to her own home in River Grove, west Hull, which were then cashed into the Webbs’ joint bank account with Barclays.

They named it ‘Cooper’s Bar’, and installed optics, a fridge, carpets, shutters, lighting, and was adorned with pennants, signs, and other decorations.

Perhaps in reference to the holiday, the bar had a wooden sign greeting visitors which said ‘Mallorca Happy Hour’.

Helen Webb had got hold of £20,400 of the money before the Hull branch manager of the building society became suspicious, and eventually the case was referred to the National Crime Agency.