A MISSING construction worker is presumed dead after a stairwell collapsed in a parking garage.

A recovery operation is underway following the incident which happened next to the Tampa Bay Water administrative offices in Clearwater, Florida on Monday afternoon. 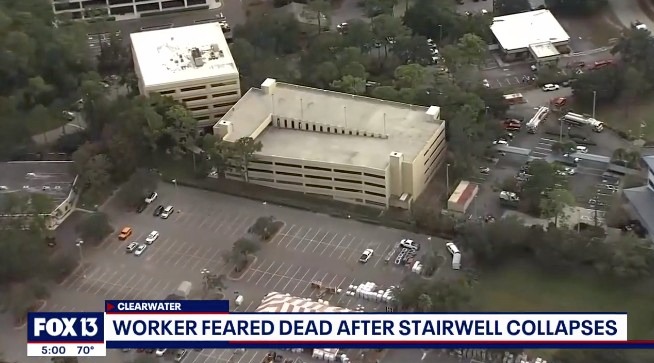 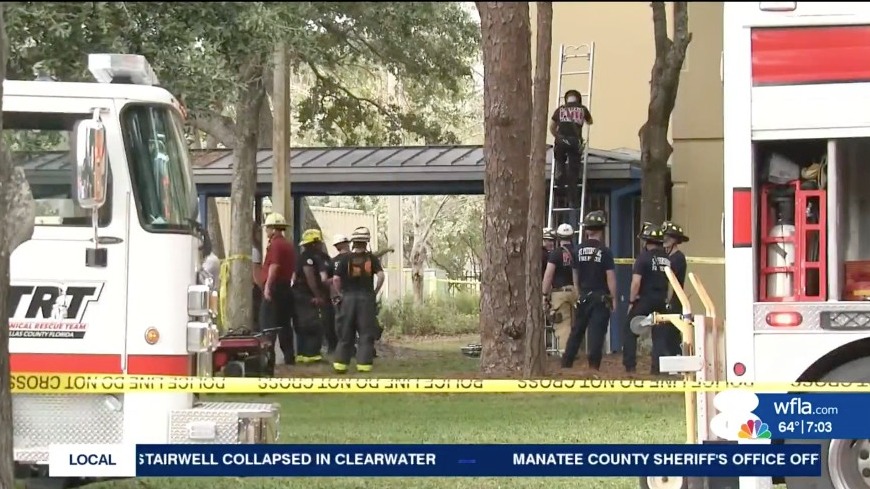 Officials said that workers were carrying out some repairs when two stories of the stairwell collapsed in a parking garage, according to Fox35.

One of the construction workers is presumed dead, while another was unhurt.

Family members were reportedly told that there’s "no chance" rescuers would find the worker alive.

He added: “We’re taking a slow methodical and safe approach.

Omicron warning: The very first symptoms you should NEVER ignore

Fire crews are working with a structural engineer on how they plan to recover the victim, WFLA reports.

It's unknown how the weather will impact recovery efforts.

The employees are not believed to belong to the Tampa Bay Water utility company.

An excavator is on the scene, clearing concrete slabs from the site.

The cause of the collapse remains unknown as investigations are ongoing.