An Indiana college student is fighting to change the laws in that state after a man who had sex with her while pretending to be her boyfriend was aquitted of rape and had the charge expunged from his record.

Abigail Finney, 20, spoke with Buzzfeed about the incident, and her shock when she realized that the man she considered her rapist, Donald Grant Ward, would not face any penalty for his actions.

‘I was like, “I feel violated. This feels wrong. But I don’t know if it’s illegal,”‘ she recalled writing in texts to her friends that night. 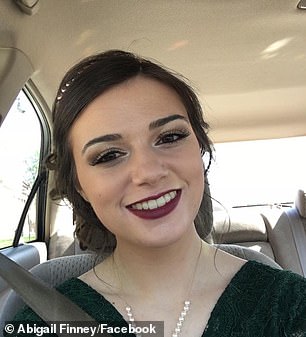 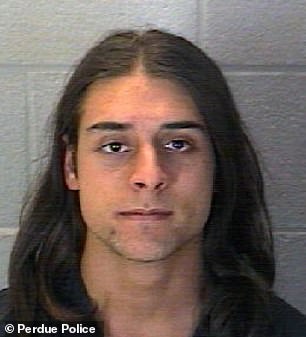 Loophole: Abigail Finney (left) filed as police report after she had sex with a man who pretended to be her boyfriend in February 2017 (accused rapist Donald Grand Ward on right)

It turns out that what the man had done was illegal because Finney had allowed the sex believing that she was having intercourse with her boyfriend.

And that man later told police that he knew Finney thought it was her boyfriend, and that was why she allowed him to have sexual intercourse.

Finney said that she fell asleep one night in her boyfriend’s dorm room and awoke to a man she assumed to be her partner groping her from behind.

After a bit more foreplay she and the man began having sex, with Finney at no point seeing his face.

She stopped the intercoiurse after a minute and was shocked when she returned to the bed from the bathroom to find her boyfriend’s friend in the bed.

‘I remember him grinning at me. It was a freaky image,’ said Finney.

‘I was just kind of – I was frantic. I didn’t know what was going on.’

In February, after two days of testimony and just a few hours of deliberation, the man was acquitted and later the charge was expunged from his record.

This is not unique to indiana either, with close to 40 states not defining consent in their rape laws and only a handful states of Puerto Rico having rape by fraud laws.

Finney also admits how difficult it was at first to grapple with the reality of the situation, and how her boyfriend helped to confirm what had just happened.

‘So then I knew it happened,’ said Finney.

‘I was pretty sure, but I think you kind of doubt yourself when something this out of – I don’t know how to explain it. It was like something you wouldn’t imagine happening.’

She had a good feeling however by the end of the trial this February, and fely fairly certain prosecutors would get a conviction.

Instead, Ward was acquitted on all charges.

‘I was pretty angry. I felt like I’d wasted a year of my life because I could’ve been trying to heal, but instead I was reopening the wound over and over again,’ said Finney.

‘My therapist even called the trial a second trauma, so I guess I felt like I had done all that for no reason.’

Finney meanwhile had to take time off school and began suffering anxiety and nightmares.

She also said she had to disconnect when the Brett Kavanaugh hearings began at the risk of once more reopening the wound.