COPS have slammed a savage note left on police car accusing officers of blocking a driveway.

South Derbyshire Response Unit posted a picture of the daring note to their Twitter page on Christmas Eve. 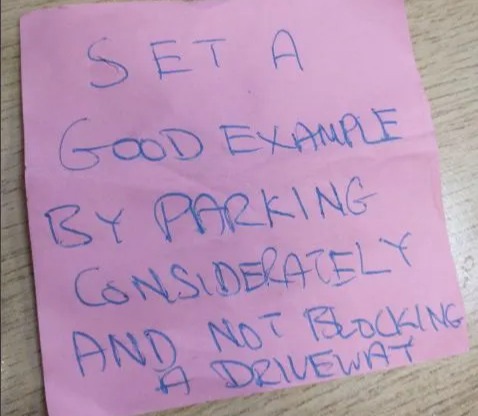 The blunt message left on an officer's car criticised the decision to park in front of a driveway.

The note, written in capital letters, read: "Set a good example by parking considerately and not blocking a driveway."

In response, South Derbyshire police shared the note and asked people to be considerate.

It said: "Please be courteous to us when we may have to abandon our vehicles.. there is normally a good reason for it even if we can't share the reason with you.. in this instance the car was reasonably parked.

"Let's keep up the Christmas spirit."

Those who shared their thoughts on social media took side with the police.

One person said: "Some people are just ………… not reasonable."

Another said: "Terrible grammar as well."

Another person commented: "B***** idiots!! Police don't always have time to pick a nice parking spot."

It comes as another driver was surprised to see a piece of paper pinned to their car by a passer-by who was simply “admiring their parking”.

But as the note continued, things took a more sinister turn.

It sarcastically stated: “I didn’t know the blind could drive! Learn how to drive you f******d.”

A snap of the note was posted anonymously to Reddit and quickly garnered thousands of comments. 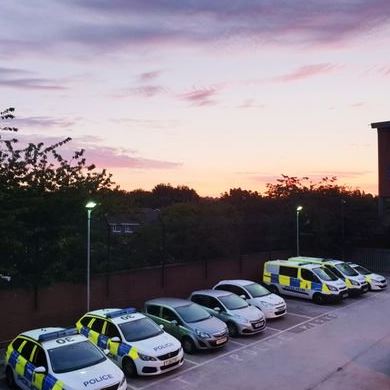