A close ally of Jeremy Corbyn has apologised after saying the Labour Party had been ‘too apologetic’ about anti-Semitism.

Chris Williamson said it ‘it pains me greatly’ to be accused of downplaying  the ‘cancerous and pernicious’ impact of abuse faced by Jewish politicians in the party.

He spoke after party MPs including former leader Ed Miliband and shadow ministers lined up to demand action be taken against him which were caught on camera at a Momentum event in Sheffield.

Theresa May waded into the row at Prime Minister’s Questions, adding her voice to calls for his suspension. 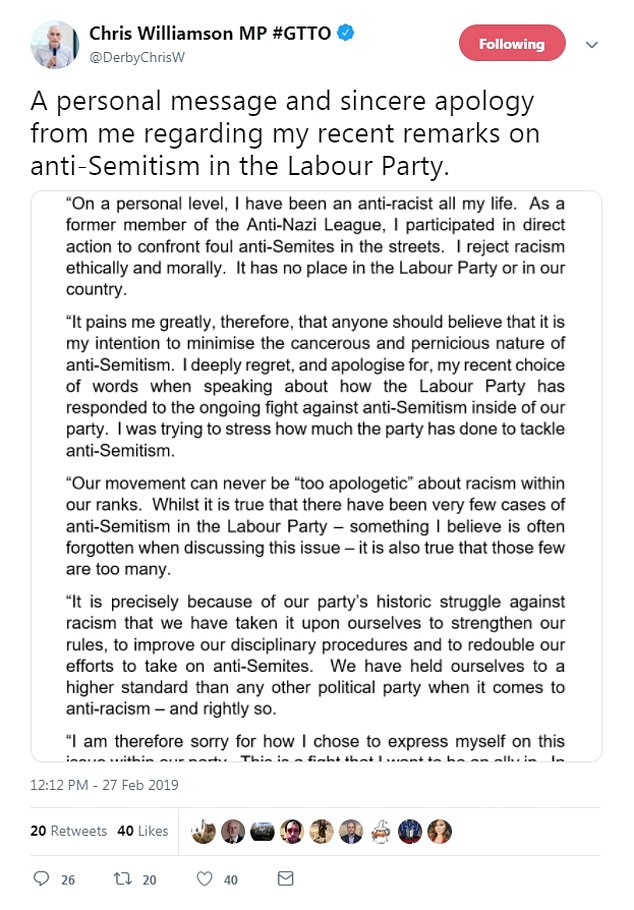 In a statement today Mr Williamson said he had been a life-long campaign against racism, saying: ‘I deeply regret, and apologise for, my recent choice of words when speaking about how the Labour Party has responded to the ongoing fight against anti-Semitism inside of our party.

‘I was trying to stress how much the party has done to tackle anti-Semitism.

‘Our movement can never be ‘too apologetic’ about racism within our ranks.’

Minutes after he posted the apology Mrs May told the Commons: ‘You can never be too apologetic about anti-Semitism, but I think … what we’ve heard sums up Labour under their leader.

‘They lose (Luciana Berger) and they keep (Mr Williamson). It tells you all you need to know about the Labour leadership: present but not involved.’

Mr Williamson’s apology did not seem to placate the many deeply unhappy Labour MPs. 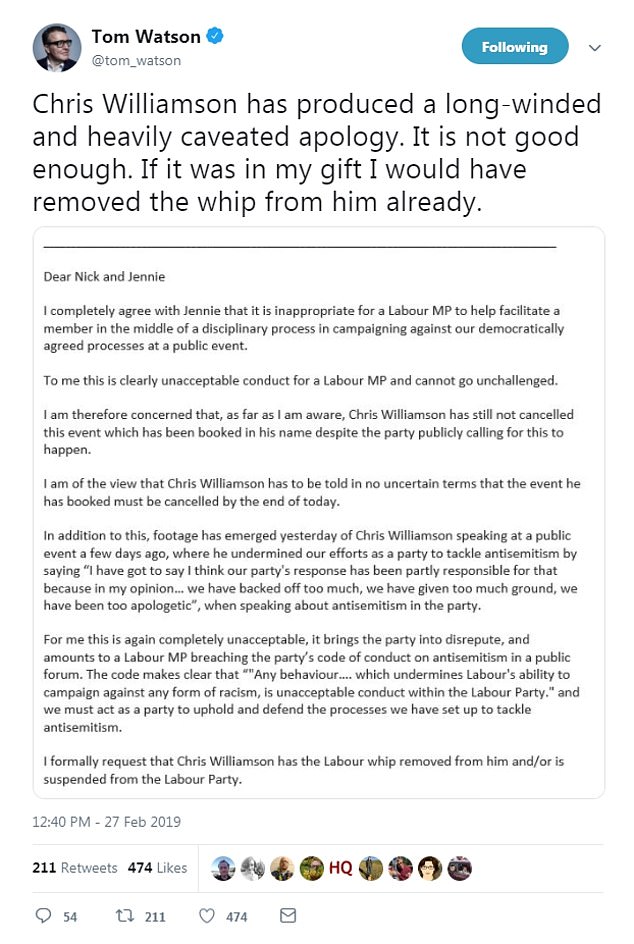 Deputy party leader Tom Watson said it was ‘long-winded’ and confirmed he had reported Mr Williamson and urged officials to remove the party whip.

He said: ‘It is not good enough. If it was in my gift I would have removed the whip from him already.’

Ilford North’s Wes Streeting added: ‘I do not believe this is sincere.

‘I believe you have deliberately baited Jewish people in our party and across the country. 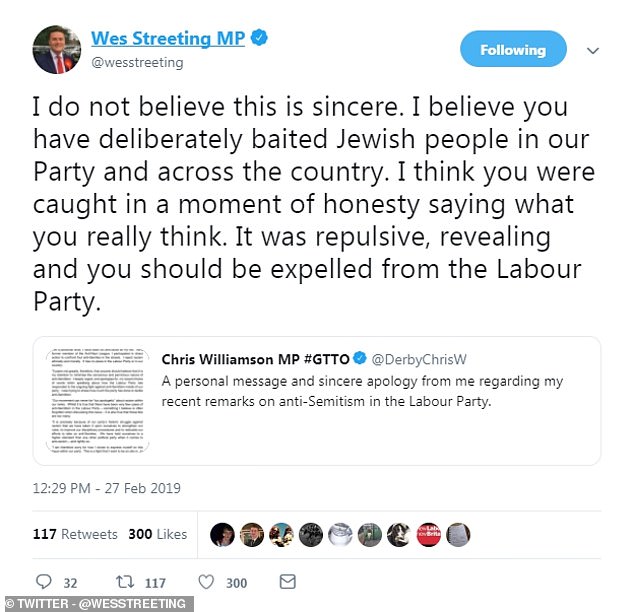 ‘I think you were caught in a moment of honesty saying what you really think. It was repulsive, revealing and you should be expelled from the Labour Party.’

Former party leader Ed Miliband, a secular Jew, became the latest senior figure to condemn Mr Williamson, saying he was bringing the party into ‘disrepute’ and should face ‘disciplinary action’.

And shadow defence secretary Nia Griffiths led a host of other Labour MPs who have have demanded Mr Williamson’s suspension or removal of the party whip.

Labour has officially called on the MP, a former shadow fire service minister, to apologise. 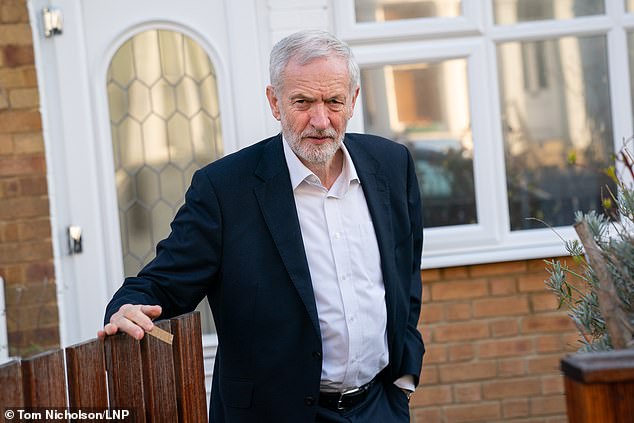 Mr Williamson’s remarks heap more pressure on Jeremy Corbyn, pictured leaving his home on Wednesday, to take action to address the anti-Semitism crisis that is overshadowing the party

The release of the video came little more than a week after nine MPs quite Labour, with eight linking up with Tory rebels in the Independent Group.

They included several Jewish Labour politicians including Luciana Berger, who blasted Jeremy Corbyn’s response to the avalanche of anti-Semitism they had faced from party members.

Ian Austin, whose adoptive father was Jewish, also quit saying he was ‘ashamed’ of what Labour had become under Jeremy Corbyn.

On Wednesday a party spokesman said Mr Williamson should say sorry for what he had said at the event hosted by left-wing grassroots organisation Momentum.

He said: ‘These comments are deeply offensive and inappropriate, and fall below the standards we expect of MPs. 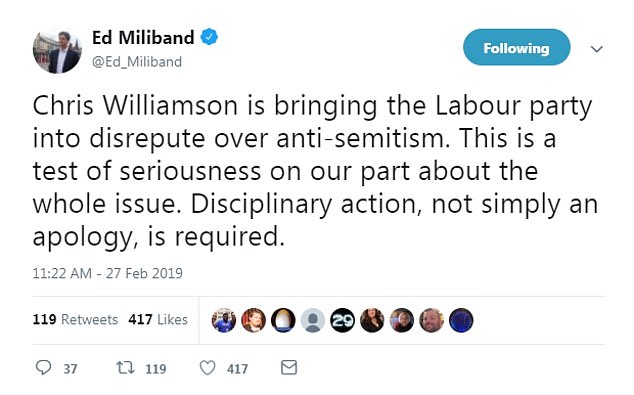 Ed Miliband, who was Labour’s first Jewish leader, hit out at Mr Williamson and demanded he face action from the party 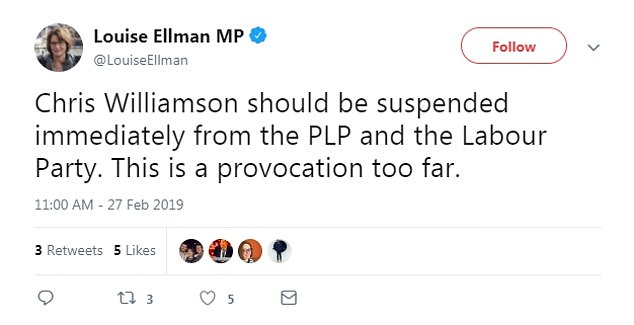 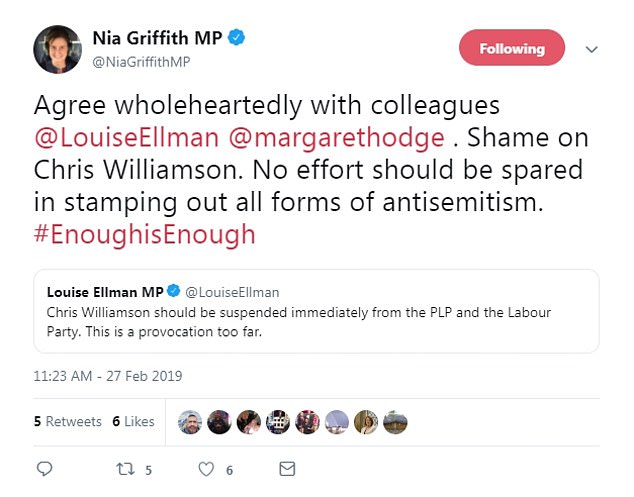 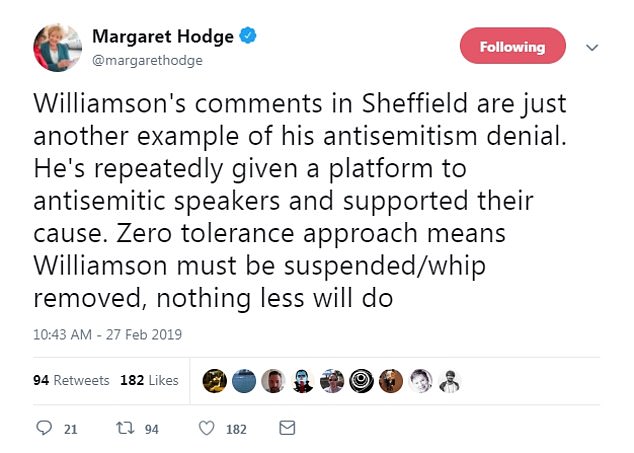 ‘Downplaying the problem of anti-Semitism makes it harder for us to tackle it.

‘Chris Williamson should apologise immediately and withdraw his remarks.’

Chris Williamson said at a Momentum event in Sheffield that Labour ‘backed off too much’, following the resignation of nine MPs last week, some of whom cited growing anti-Semitism within the party.

The Derby North MP even admitted he toasted the resignation of fellow MP Joan Ryan – who slammed the party for failing to tackle ‘anti-Jewish racism’ – with a rendition of the 80s hit ‘Celebration’ by Kool and the Gang.

Labour deputy leader Tom Watson described Mr Williamson as being ‘deliberately inflammatory’, in a tweet following the emergence of the footage. 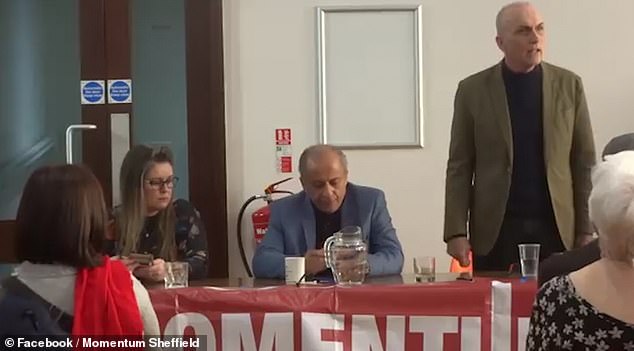 Labour MP Chris Williamson addresses the Momentum meeting Sheffield, where he tells members that the party has been ‘too apologetic’ over accusations of anti-Semitism 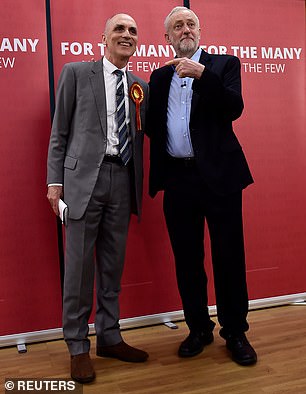 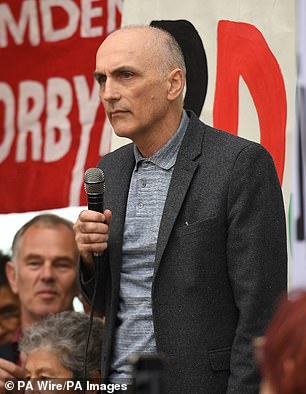 Labour MP Chris Williamson (pictured left with his close ally Jeremy Corbyn during the 2017 election campaign) said at a Momentum event in Sheffield tonight that the party ‘backed off too much’, following the resignation of eight MPs last week 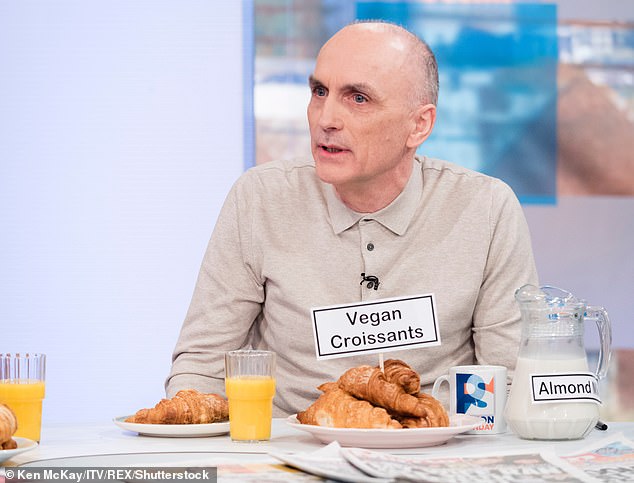 In a move that will do nothing to dispel the feeling that Corbyn’s Labour has so far failed to take the claims seriously, Mr Williamson joked that Ms Ryan would likely have heard his singing as her parliamentary office is near to his

In the footage recorded by Yorkshire Post reporter Liz Bates, Mr Williamson is heard telling the meeting: ‘The party that has done more to stand up to racism is now being demonised as a racist, bigoted party.

‘I have got to say I think our party’s response has been partly responsible for that because in my opinion… we have backed off too much, we have given too much ground, we have been too apologetic.’

In a move that will do nothing to dispel the feeling that Corbyn’s Labour has so far failed to take the claims seriously, Mr Williamson joked that Ms Ryan would likely have heard his singing as her parliamentary office is near to his.

Ms Ryan quit Labour last week following the earlier resignations of seven of her colleagues, to form a new Independent Group of MPs.

Speaking at the time she blamed a ‘culture of anti-Semitism’ within Labour for her departure.

Mr Williamson’s comments come as the leader of Momentum admitted that Labour had ‘under-estimated’ anti-Semitism in its ranks and has a ‘much larger’ number of racist members than previously thought.

Jon Lansman, who founded the hard-left campaign group out of Jeremy Corbyn’s first leadership campaign, said Labour had to be more proactive to find anti-Semites.

Labour deputy leader Tom Watson described Mr Williamson as being ‘deliberately inflammatory’, in a tweet following the emergence of the footage

But he rejected claims from Labour deputy leader Tom Watson that Mr Corbyn should take personal charge of the fight to root out abuse.

Labour’s deputy leader has become the focus of resistance to Mr Corbyn after eight MPs quit the party over anti-Semitism to set up the new Independent Group. 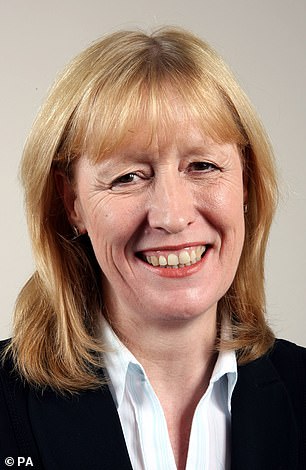 Mr Watson has moved to create a new group inside Labour to promote the ‘social democrat’ tradition represented by many MPs who do not endorse Mr Corbyn’s far left-wing agenda.

Meanwhile, Labour has declined to comment on reports that Mr Corbyn is to meet former justice secretary Lord Falconer of Thoroton to discuss how the party can tackle the issue of anti-Semitism.

Mr Corbyn was said to be considering asking the peer, a former flatmate of Tony Blair, to be the party’s anti-Semitism surveillance commissioner, with full oversight of how it handles complaints and decision-making processes.

Mr Lansman – who is himself Jewish – told BBC Radio 4’s Today programme that he was ‘extremely upset’ by Ms Berger’s departure, adding: ‘I think any Jewish member of the party leaving the party because of anti-Semitism is a source of tremendous regret and sadness and some shame.’

He rejected Ms Berger’s claim that the party is ‘institutionally anti-Semitic’.

But he said: ‘I do think we have a major problem and it always seems to me that we under-estimate the scale of it. I think it is a widespread problem.

‘I think it is now obvious that we have a much larger number of people with hardcore anti-Semitic opinions which unfortunately is polluting the atmosphere in a lot of constituency parties and in particular online. We have to deal with these people.’

The anti-Semitism scandal has dogged Labour since Jeremy Corbyn was elected leader  in 2015.

Here is a timeline of the controversies:

Labour MP Naz Shah is suspended for anti-Semitic posts – including one in which she appeared to endorse calls for Israelis to be deported to the US.

She apologised and was given a formal warning.

Ken Livingstone goes on the radio to defend Ms Shah – but sparks fresh controversy by claiming that Hitler supported Zionism.

He is suspended by Labour but refuses to apologise and has repeated the claim many times.

A two-month inquiry by civil liberties campaigner Shami Chakrabarti finds that Labour is not overrun by anti-Semitism.

But the launch is overshadowed when Jewish Labour MP Ruth Smeeth flees it in tears after being accused by Corbyn supporter Marc Wadsworth of colluding with the press.

Critics accuse the report of being a whitewash and Ms Chakrabarti is widely criticised for accepting a peerage from Jeremy Corbyn shortly afterwards.

The Home Affairs Select Committee says Labour is guilty of incompetence over its handling of anti-Semitism and of creating a safe space for people with ‘vile attitudes towards Jewish people’.

It is revealed that Jeremy Corbyn defended an artist who painted an anti-Semitic mural and said the offensive art should be removed.

He apologises saying he did not properly look at the picture before he made the post.

Marc Wadsworth is expelled from Labour after being accused of anti-Semitism.

Meanwhile, Labour Jewish MPs tell of the anti-Semitic abuse they have suffered in a powerful parliamentary debate – and round on their leader for failing to tackle it.

In an angry diatribe at a meeting of Labour’s ruling executive committee, he said he was ‘amazed’ there was evidence party members hated Jews.

He claimed ‘some of these people in the Jewish community support Trump – they are Trump fanatics’ before shouting: ‘So I am not going to be lectured to by Trump fanatics making up duff information without any evidence at all.’

Jeremy Corbyn issues a video insisting he is committed to tackling the racism – but it is panned by Jewish leaders.

Corbynistas mount a social media campaign to get deputy Labour leader Tom Watson to quit after he criticises the party’s handling of anti-Semitism.

The Daily Mail exclusively publishes photos of Jeremy Corbyn holding a wreath at a ceremony where a terrorist linked to the Munich massacre was honoured.

The Labour leader insists he was there to honour others killed – but faces fresh calls to quit over the scandal.

Nine MPs including Luciana Berger, Joan Ryan and Ian Austin are among those who quit the Labour Party with broadsides at inaction over anti-Semitism under Jeremy Corbyn’s leadership.

Berger, the Jewish Liverpool Wavertree MP, had faced a barrage of attacks from members of her own local party as well as wider abuse, said Labour had become ‘institutionally anti-Semitic’.

Enfield MP Joan Ryan was attacked because she was the chairwoman of Labour friends of Israel. And Dudley’s Ian Austen, who adoptive father was Jewish, said he had become ‘ashamed’ of what the party had become under Mr Corbyn’s leadership.