Jeremy Corbyn today demanded Theresa May admits her ‘zombie government’ is over and there must be a general election.

The Labour leader finally moved his motion of no confidence in the Government just hours after Mrs May was humbled by the worst defeat in Commons history.

Mr Corbyn said last night’s 230-vote drubbing of the deal proved Mrs May no longer enjoyed the ‘confidence’ of the Commons and losing a Budget vote last week showed it did not have control of ‘supply’ either.

Rejecting the plea, Mrs May insisted a new election would bring ‘chaos’ to the country and warned ‘there is no guarantee it would bring a majority for any course of action’.

To win and keep power a Prime Minister must be able to win votes in the Commons. This is known as confidence. Winning Budget votes is known as supply.

Despite Mr Corbyn’s pleas his motion tonight is doomed to fail as Tory MPs are not expected to rebel and vote against their leader – despite the 118-strong rebellion on Mrs May’s flagship policy last night. 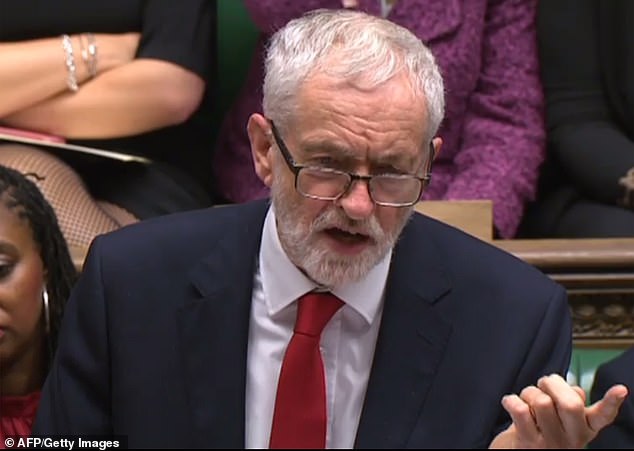 Historically, losing tonight’s vote would prompt the PM’s immediate resignation. It last happened in 1979 when Labour’s James Callaghan lost 311 to 310.

Under laws passed by the Tory Lib Dem coalition government, defeat tonight would start a 14-day countdown to a general election.

If Mrs May could return to the Commons and win a further vote the election would be stopped.

Opening the debate, Mr Corbyn said: ‘If this government cannot get its legislation through parliament it must go to the country for a new mandate.

‘That must apply when it is the key issue of the day.

Why has Corbyn called a confidence vote and what does it mean?

What is a vote of no confidence?

To win and keep power, any Prime Minister has to be able to win votes in the House of Commons – this is known as ‘confidence’. Where the Opposition believes this is no longer true, it can call a vote of no confidence to demonstrate it.

Why has Corbyn called one tonight?

Theresa May lost her Brexit deal by a landslide 230 votes – the biggest margin ever recorded. Corbyn says this is proof she does not have the confidence of the House.

Corbyn has resisted demands for weeks to call a vote, insisting it will only happen when he is sure he will win. His backbenchers think it is also to avoid him having to back a new referendum on Brexit.

When will the vote happen?

The vote will be called at 7pm tonight.

Probably not – this time. Labour and other opposition parties cannot win without help from Tory MPs. Some have suggested they might join a no confidence motion to prevent no deal Brexit but May is unlikely to back this after losing tonight’s vote.

Labour can call another vote in future.

What would losing mean?

Historically, losing a no confidence vote would be a trigger for the Prime Minister to resign and call a general election. This last happened in 1979, bringing down James Callaghan 311-310 – paving the way for the election of Margaret Thatcher.

This is no longer true. Instead, it starts a 14-day countdown in which the Government must assemble a new coalition or the Opposition must demonstrate it can form a Government.

Failure would then mean an election.

‘By any convention of this House, by any precedence, loss of both confidence and supply should mean they do the right thing and resign.’

He added: ‘The Fixed Term Parliaments Act was never intended to prop up a zombie government.’

Mr Corbyn slammed the ‘Frankenstein’ Brexit plan – but refused to spell out whether he would campaign for Brexit if he gets the snap election he wants.

Mr Corbyn also said there has been no offer of all-party talks from Mrs May.

‘That isn’t reaching out, that isn’t discussing it, that is not recognising the scale of the defeat they suffered last night.’

Conservative former minister Anna Soubry questioned why the Conservatives were six points ahead of Labour in a weekend opinion poll, adding: ‘Could it be because he’s the most hopeless Leader of the Opposition that we’ve ever had?’

If Mr Corbyn could demonstrate he had the confidence of the House by assembling a new coalition, he could in theory replace Mrs May without an election.

Rising to rare cheers from her side, Mrs May warned a general election would be ‘the worst thing we could do’.

‘At this crucial moment in our nation’s history a general election is simply not in the national interest.

‘Parliament decided to put the question of our membership of the European Union to the people, Parliament promised to abide by the result, Parliament invoked Article 50 to trigger the process and now Parliament must finish the job.’ 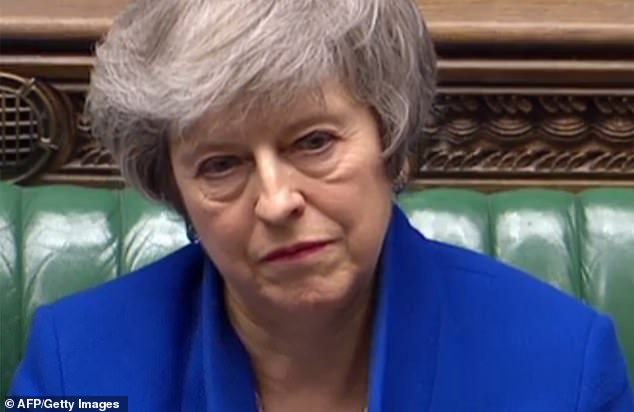 The SNP’s Commons leader Pete Wishart intervened to say: ‘She’s lost a quarter of her Cabinet, 170 members of her backbench want her gone, she’s experienced the biggest defeat in parliamentary history, what shred of credibility has her Government got left? For goodness sake, Prime Minister won’t you just go?’

In a signal Mr Corbyn’s manouevere has temporarily reunited the Tory party, Mrs May was backed by arch-Brexiteer Mark Francois.

He said: ‘It’s not exactly a secret that on European policy she and I have not entirely seen eye to eye, and it is possible we will continue to disagree, but I am a Conservative first and last, and I know opportunism when I see it.

‘So, can I tell her that when the bells ring, the whole of the ERG (European Research group of Conservative MPs) will walk through the lobbies with her to vote this nonsense down.’

The PM thanked him and said she wanted to deliver on Brexit, not have ‘the disruption, delay and expense of a fourth national poll in less than four years’.