Top aides of Jeremy Corbyn including Seumas Milne intervened on an anti-Semitism complaint to block a party member being suspended, it was claimed today.

Emails leaked to the Sunday Times show Mr Milne intervened on the case of Glyn Secker after complaints he joined a Facebook group with posts about holocaust denial.

Separately, the paper has a tape of shadow John McDonnell expressing support for a former candidate suspended over comments about ‘Zionist sympathies’ of a Jewish MP. 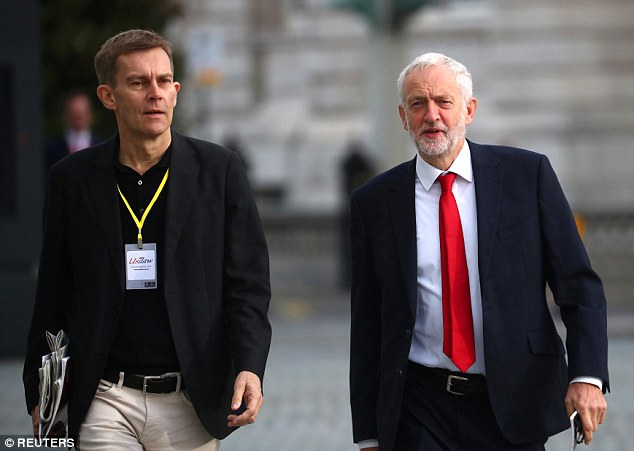 Top aides of Jeremy Corbyn including Seumas Milne intervened on an anti-Semitism complaint to block a party member being suspended, it was claimed today

Mr Secker was suspended from Labour in March last year over the Palestine Live Facebook group.

The email chain shows party officials saying there are ‘legitimate questions’ to be asked about a member joining the group and another saying ‘We would normally suspend with this’.

But Mr Milne said: ‘None of the posts can be identified as anti-Semitic in the terms of the definition we have adopted as a party… Several quite clearly relate to political arguments within the Jewish community.’

Mr Murray said: ‘I don’t know if this came from ‘Labour Against Anti-Semitism’ but they are well dodgy.’

MailOnline understands the complaints procedure no longer allows members of Mr Corbyn’s staff to play a role in complaints.

The system was changed by general secretary Jennie Formby when she took on the job last year.

Of the case of Mr Secker, a Labour source said: ‘We were alarmed that a clear misapplication of the rules by a now former Compliance staff member to target a Jewish peace activist was given priority over dealing with disgusting and clear cut cases of antisemitism.’ 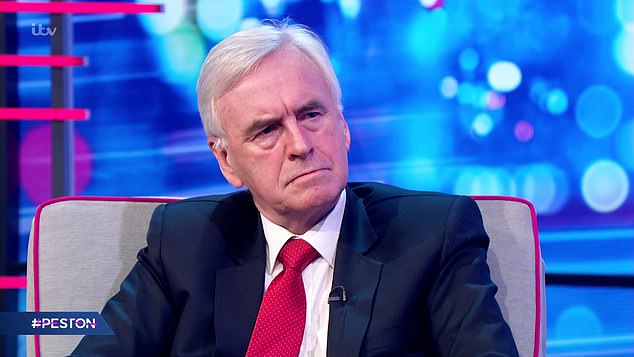 MailOnline understands he was a Jewish man and the son of a holocaust survivor. They insisted Mr Corbyn’s aides were asked for a view but could not overrule party officials.

A spokeswoman said: ‘This is a malicious, selective briefing from a disgruntled former employee, who asked individuals in the Leader’s Office for help in clearing a backlog of cases, which was complied with in good faith.

‘Since becoming General Secretary, Jennie Formby has ended this practice and made the procedures for dealing with complaints about antisemitism more robust.

‘Staff who work on disciplinary matters lead on investigations and recommendations on individual cases.’