This is the dramatic moment a young lion bears his teeth at a herd of water buffalo when they surround him in Kenya.

Lamak Sheik, 56, captured the rare scenes while driving through the Nairobi National Park.

In the clip, the lion is stood on top of a tall stone marker post surrounded by the huge herd. 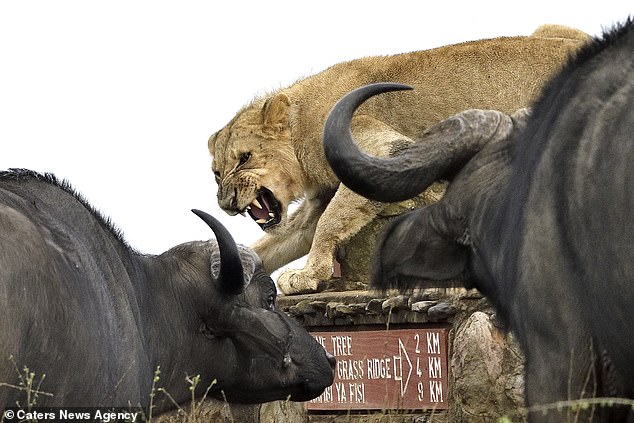 Lamak Sheik, 56, captured the rare scenes while driving through the Nairobi National Park in Kenya 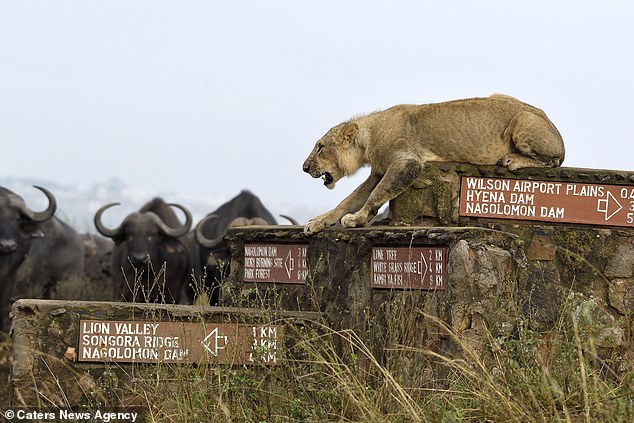 In the clip, a male lion is stood on a tall stone marker post surrounded by a herd of water buffalo

The male lion keeps his head low as he glances at the group – the majority of whom stare back at the predator.

He stays incredibly still as he slowly moves his head to survey the animals, growling at one buffalo when it steps too close.

It is believed a buffalo herd of this size has the potential to kill a lion – especially if they consider the animal a threat. 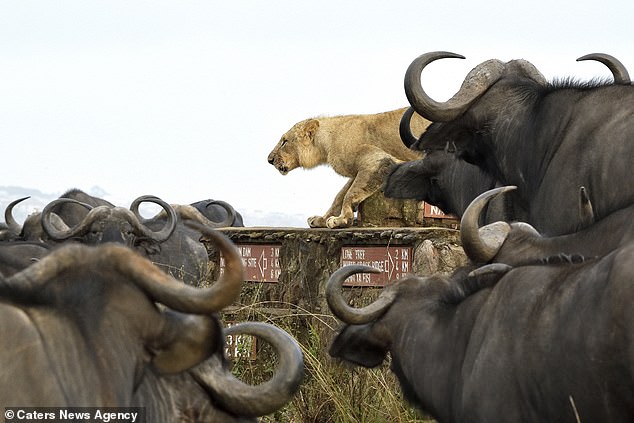 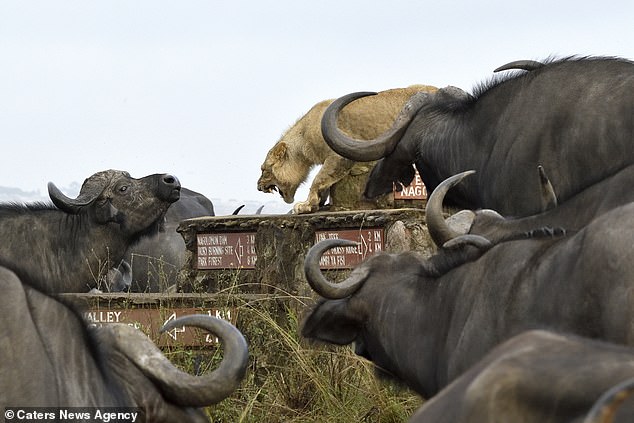 Mr Sheik said: ‘I was driving when I saw a herd of buffaloes blocking the road.

‘I saw a young lion on top of the marker post surrounded by buffaloes.

‘It was my lucky day indeed as this is a rare event. I immediately stopped the car and started taking photos.’ 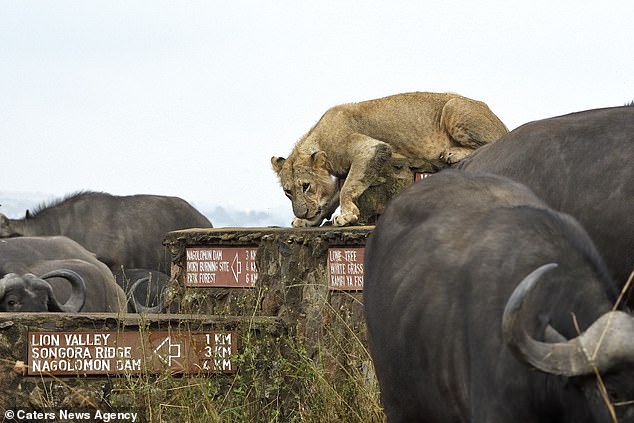 Mr Sheik said: ‘It was my lucky day indeed as this is a rare event. I immediately stopped the car and started taking photos’ 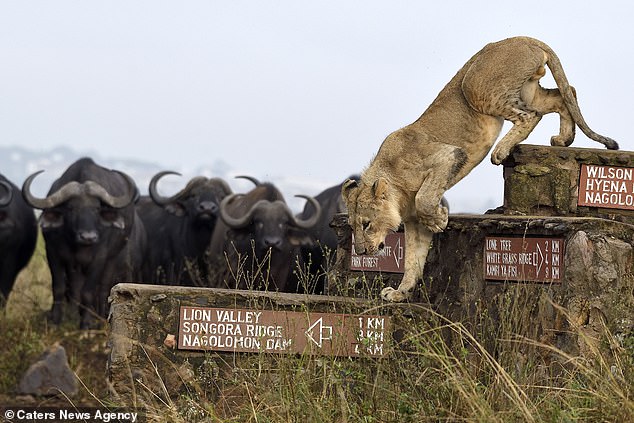 But before long, the lion is able to escape the heard when two female lions hear his desperate roars

He said: ‘Luckily for the young lion, his two aunts were in the vicinity heard his roars and came to his rescue.

‘They distracted the buffaloes and he managed to escape from the top of the marker post.’ 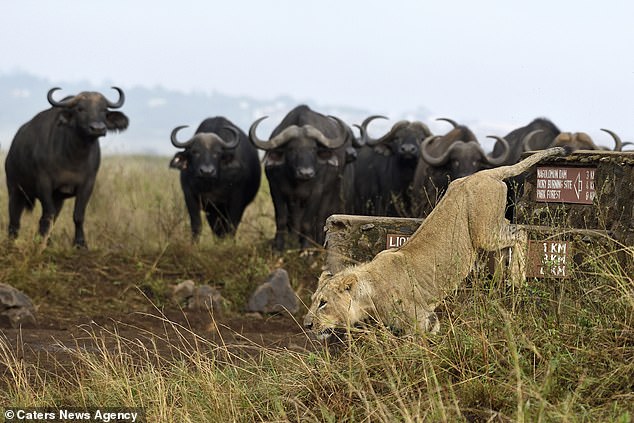