A COSTA coffee supervisor was slapped with a £7,000 parking fine for using her work's free car park.

Mum-of-two Charlotte Machin, 30, was left with the colossal bill because the licence plate on her permit was one digit wrong. 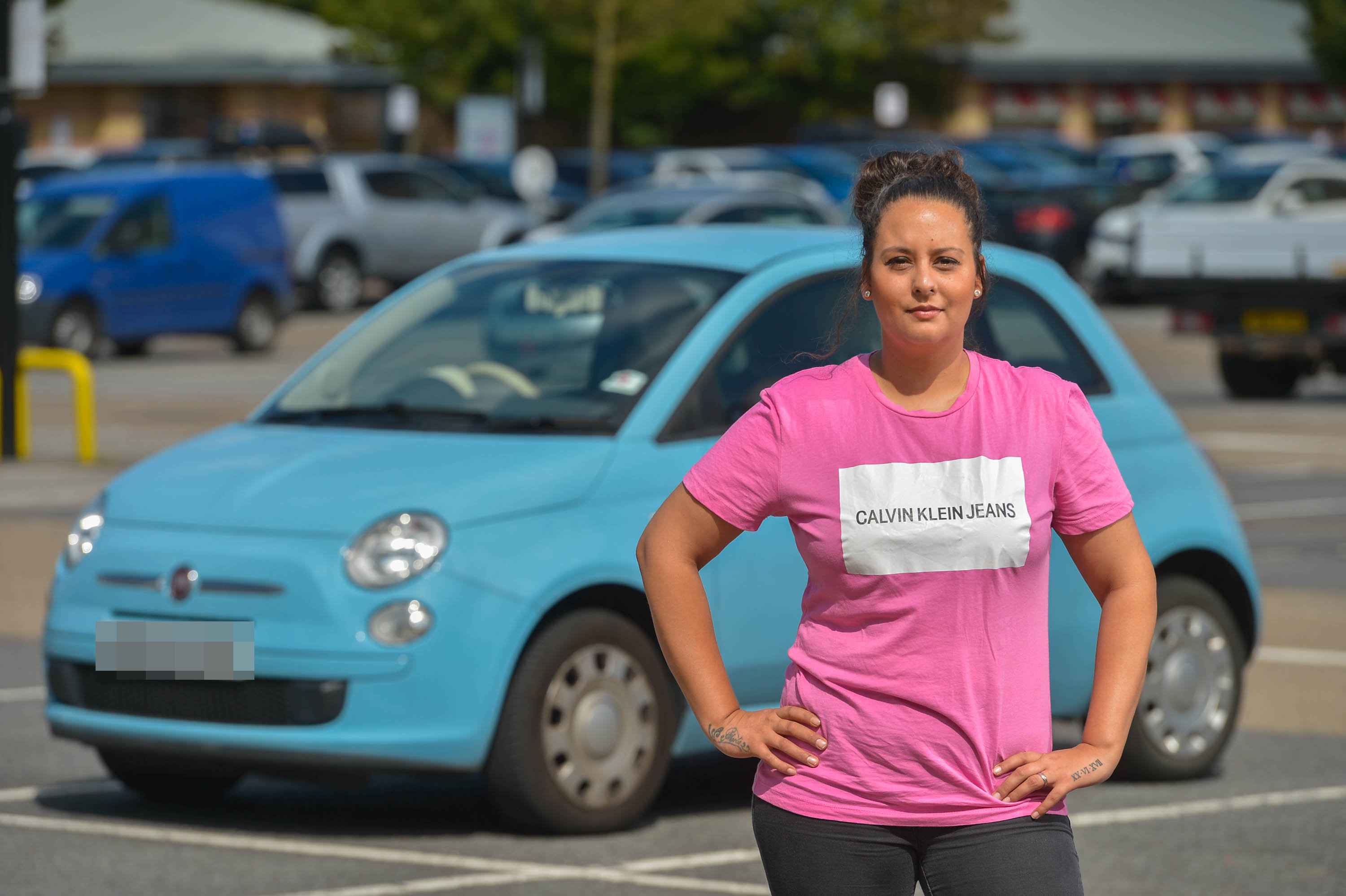 She gave her details to parking chiefs after buying a new Fiat 500 in September 2018.

But the licence plate was copied down wrong – meaning that her car didn't qualify for free parking.

She racked up over £7,000 in fines by parking it at the shopping centre for over a year – but an error with her home address meant that the fines went to her neighbour.

Charlotte, from Sheffield, South Yorks., said: "I couldn't understand what the fine meant when it said final warning.

WAS GIVEN FINAL WARNING

"I went to the house who had been getting my post and the man there was so relieved he could finally stop getting all of my fines.

"He told me he had been in touch with the company on numerous occasions to tell them they had the wrong address but they had continued to harass him for months.

"The car park hasn't lost out on anything – my car is able to park there for free because of where I work.

"They have the wrong car registration because of a human error but there hasn't been an extra car parking there.

COMPANY WON'T LET HER OFF

"They haven't lost out on any money.

"Now they're threatening to take me to court for the full £7,000 and I could have a CCJ against my name.

"I'm furious. I have worked so hard to get my credit rating up – I never miss a payment on my car or my credit card and I'm trying to get myself in a position where I can apply for a mortgage and leave something for my kids.

"They could destroy everything I've been working hard for in a matter of days.

A representative for Vehicle Control Services Limited said: "Ms Machin has been issued with a number of Parking Charge Notices (PCNs) since September last year but she has failed to respond to them until relatively recently; our notices included full details of how to make an appeal.

"Taking into account her particular circumstances, and as a gesture of goodwill, we offered Ms Machin an opportunity to settle the PCNs at a substantially reduced amount despite many of the PCN charges having increased due to their progression through the process.

"No settlement has yet been forthcoming and we can only advise Ms Machin to contact us as soon as possible to make arrangements to settle the outstanding amount before matters progress further.

"As appropriate, we would always advise motorists to engage with the operator's appeals process at an early stage."